The newest League of Legends champion has finally been revealed! Riot Games has introduced us to Kai’Sa, Daughter of the Void. And by daughter of the void, we really mean daughter of Kassadin.

She is a new ADC who comes from the Void to Summoners Rift. Her gimmick is that she gains abilities based on how much of each stat she has. It sounds like she might shake up the ADC meta, but I’m not sure yet; however, it wouldn’t surprise me.

It looks like Kai’Sa has aspects blended together from several different ADCs. Her kit will utilize the potential of repeated attacks, long range, and stealth. She has a bit of everything, and looks extremely powerful. That being said, she also looks very tough to master.

Kai’Sa’s passive is Second Skin. It lets her basic attacks ‘mark’ enemies with plasma up to four times. Each mark deals increased magic damage on hit. When she auto attacks a hero that has four marks on them, the marks explode, dealing damage to the target based on their missing health. These marks can also be added by ally champions if they deal immobilizing effects to the target. This means she’ll synergize well with aggressive immobilizing supports such as Alistar or Leona. The second part of her passive, Living Weapon, also states that her other basic abilities upgrade when she has met the proper target for them to do so.

Her Q is Icathian Rain. She releases a swarm of missiles, which target all nearby enemies equally. This makes it extremely good against isolated targets, but rather poor for engagements near minions. Additional hits against the same target do deal less damage, which keeps it from being too strong. Living Weapon allows Icathian Rain to fire significantly more missiles, but only when Kai’Sa has enough attack damage.

Kai’Sa’s W is Void Seeker. It is an incredibly long range beam that reveals the first enemy hit. It deals damage and applies a stack of Plasma. Living Weapon causes Void Seeker to deal more damage and refund some of the mana on champion hit. This is only active when Kai’Sa has enough ability power.

Her E is Supercharger. It is a short movement speed bonus, but removes her ability to attack during it. Afterwards, Kai’Sa is given an attack speed increase. Basic attacks reduce the cool-down of Supercharger. Living Weapon makes Supercharger turn Kai’Sa invisible for the attack’s duration. This is active when she has enough attack speed. Note that this is not a dash, so if she is locked down during it she will be stopped in place.

Her R is Killer Instinct. Killer Instinct allows Kai’Sa to quickly move to a location near an enemy champion that has been marked with at least one stack of Plasma. This means she can catch up to enemies she auto attacks, or she can combo it with her long range Void Seeker blasts for assassinations. Upon coming out of the dash, she gains a shield.

One big thing to note is that Living Weapon goes off of Kai’Sa’s permanent stats. So, if she gets a temporary buff from an item or ally, her abilities will not change. Only full item bonuses and normal stat upgrades through leveling will activate these additional effects. This means that if you’ll want the bonus from Void Seeker, you’ll actually have to build an ability power item. Guinsoo’s Rageblade is a great item that provides ability power and synergizes with her kit, but if that isn’t enough you’ll have to decide for yourself if the Living Weapon bonus is worth a second item.

Do I think Kai’Sa will shake up the meta? I think she has the potential to be extremely strong. The only problem seems to be her ultimate, which looks like a very high skill cap ability. Since it takes so much skill to properly use, I doubt Kai’Sa will make a huge impact in lower ELOs.

However, I wouldn’t be surprised to see professionals trying her out. I think the fact that her allies can stack her passive will cause a lot of people to try out aggressive lock-down bottom lanes. The numbers on her Living Weapon bonuses will also have an impact on whether she is viable or not. The Q and E bonuses, in particular, are massive bonuses for laning, and if she can get them early on, it will be a big deal. 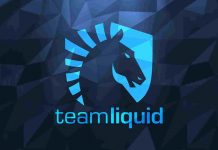