The new rune system has been out for a few months now, and some solid pages have been made. But to newcomers, or returning veterans, the new system can be very overwhelming. I dealt with this recently, so I know the struggle. Don’t worry, though, because if you haven’t played since the update we’ve got you covered. In order to better understand the new system, we’ve put together this League of Legends rune guide.

We have set up several generic rune pages for each role, so you’ll be able to understand the basics. However, we suggest tweaking our pages to fit your play style, and your champion of choice. But keep in mind that these pages can easily be used in different roles. Just because it’s titled “Mid” doesn’t mean you can’t use it elsewhere.

We’ll start out with what is arguably the easiest role to make rune pages for. ADCs, for the most part, are pretty indistinguishable. This means their rune pages are easier to make. The page I’ve crafted is for a generic ADC, and will work for almost every marksman.

Fleet Footwork is hard to beat, and is arguably the best rune for the early laning phase. Certain champions may want Press the Attack, but Fleet Footwork will be the best one for getting you to late game. Overheal is definitely the most controversial rune here, but it works incredibly well with Fleet Footwork, especially if you take Relic Shield as your first item. Legend Alacrity is a no-brainer choice, and Coup de Grace is generally considered the best. Again, you’ll want to make changes depending on your play style, but this page works well in most situations.

For the second page I chose Inspiration with Perfect Timing and Magical Footwear. These two are just pure gold bonuses, and will get you to late game much faster. The Stopwatch is also good, and is incredibly useful as a one-time item.

You’ll notice that I named my rune page “ADC No Movement”. This is because I have another page for champions that dash a lot, like Vayne. Instead of using Inspiration on the second page, I use Domination and Sudden Impact. If you’re able to proc Sudden Impact reliably, it is incredibly good. I round that one out with Ravenous Hunter for some life steal.

This is probably the least controversial page on the list. The AP caster page doesn’t have a lot of debate around it right now. Aery is considered the best by most people, although Arcane Comet is also viable. However, Aery is more consistent, which makes it the preferred choice.

Ultimate Hat is amazing for anyone who plans on doing a lot of fighting, particularly mage champions with a lot of burst. The other two choices are strong, but spellcasters tend to want more damage, which is what The Ultimate Hat gives you. Transcendence and Scorch are the best options for the last two choices. Flat AP might contest burning, but it scales much slower for most champions, particularly since Gathering Storm doesn’t activate until the ten minute mark.

Top laners are going to use whatever page they find most fitting. I often use my ADC page on certain top lane champions, but the page I’ve chosen to showcase here is a full tank page. When I say Pure Tank, I mean someone who wants life more than anything: Cho’Gath, Nasus, you get the idea. This page is entirely my own creation, and it’s built to take you to late game as a massive beast.

Grasp of the Undying lets you not only do damage based on your massive health pool, but also increases each time you fight. Demolish is a solid choice because it helps you take towers faster. Conditioning is the best choice for this slot compared to the other options: flat armor and AP don’t do much, but a bonus percentage definitely does. Overgrowth is another no-brainer for a pure tank, because it allows you to max out your health.

Our second page uses Sorcery, and both of the secondary choices are designed around cooldown reduction. For a build that scales off of life, abilities are very important. You’ll scale far more from cooldown reduction than any other small damage boost. That’s why I went with Ultimate Hat and Transcendence. My tip for the day: Ultimate Hat is particularly good on Cho’Gath.

Jungle is another role that is incredibly difficult to pick a single page for. You’ll likely use many of your other pages here, just as you’ll use this page in top lane occasionally. I decided to go with an assassin-style Jungling page, focused on pure damage. Electrocute is a no-brainer on an assassin. More damage when you hit in rapid succession? Yes please. Cheap Shot follows the same idea, particularly since your allies will be doing their best to slow your enemies whenever you engage.

Eyeball collection is very controversial, with many people preferring Zombie Ward. Either option is fine, but I personally love collecting more damage. Ravenous Hunter is once again a no-brainer, especially since you’ll need leech in the jungle. For the second page, I picked Precision, Triumph, and Coup de Grace. Triumph is particularly good for ganking bot lane or tower diving, which most Junglers like to do. Coup de Grace is definitely better than the others here, since you’ll almost always be getting your opponents low during ganks.

My support page is very similar to my spellcaster page, albeit with a few changes. Manaflow Band is taken to help with the laning phase, which is something that Supports often struggle with. It is especially strong on one-spell ponies like Blitzcrank. The other runes on the main page are the same: Aery, Transcendence, and Scorch. The secondary page is even more focused on cooldowns, with Cosmic Insight playing a major role. Between Transcendence and Cosmic Insight you get 15% cooldown reduction, which is huge. Finally, take Magical Footwear for more gold.

I know I said I was only going to do one page for each role, but there’s one more that I think is very important. You’ll notice that this page is called “Ezreal.” That’s because this is a Kleptomancy page, which is incredibly strong right now. Basically, Kleptomancy gives you gold and items every time you hit an enemy after using an ability. For most champions this is too difficult to pull off well enough to be worth it. But certain champions have skillshots which count as auto attacks, such as Ezreal’s Q, Fiora’s Q, and Gangplank’s Q. All three of those are skillshots that count as auto attacks, and therefore proc Kleptomancy. This allows for a massive amount of gold generation, as well as free items throughout the game.

The rest of the page is pretty basic. Take Perfect Timing and Magical Footwear for gold, and Cosmic Insight for cool down reduction. There’s nothing out of the ordinary here; it’s just the most bang for your buck. For the second page, take Precision, Triumph, and Coup de Grace; they are very solid offensive runes for most roles. Plus, Triumph gives you a bit more gold, too! 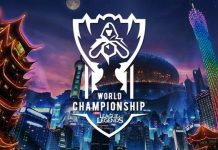