General Stephen Draper -
-6.8k
Path of Exile Shaping Before you start shaping your Path of Exile Atlas, we suggest you read our introduction to the Atlas. Once you have...
Image via Pacific.

League of Legends is one of the most popular video games in the world. The 2017 World Championship brought in over two million viewers at once, which didn’t even include Chinese viewers, since they use their own streaming sites. The 2017 finals (which were held in November 2017) were won by Samsung Galaxy, who triumphed 3-0 over SK Telecom T1. But once the hype died down, what happened with these teams?

Do the winners keep their rosters, or do they make changes to try and improve? What about the new teams, who are making their debuts at the 2018 Spring Split this weekend? Where do they get their players from? There have been a lot of changes happening over the past few months, which means we’ll be seeing a lot of new team comps this split.

There have been quite a few notable League of Legends roster changes, so we’re taking a look at our five favorite teams.

At first glance Samsung Galaxy, a South Korean team, has gone with the ‘if it ain’t broke don’t fix it’ approach. After taking first place in the biggest tournament of the year, why would they make changes? However, upon closer inspection, it seems some of their players didn’t agree with this philosophy. The five teammates who played in the finals all stayed on, but those on stage don’t necessarily make up the entire team. Many teams have alternate players, and Samsung Galaxy is no exception. They had three alternates for various roles, and of the three, two of them have decided to leave.

Stitch, an alternate ADC player, has moved from his position at Samsung Galaxy to the newly created team G-Rex. He is the only active ADC on that team at the moment, meaning he will likely be part of the first string, rather than an alternate. This move also saw him switch regions, from South Korea to Hong Kong.

Wraith, an alternate support player, moved from Samsung Galaxy to Jin Air Green Wings. The South Korean team had a good showing in their region for most of 2017, but didn’t quite make it to Worlds. Wraith will be replacing their only support player, SnowFlower, making Wraith their new first string support player.

Interestingly, Samsung Galaxy has chosen to not fill these slots as of yet. Whether this means they have decided not to have alternates, or they just haven’t filled them yet, is anyone’s guess. The team has also been acquired by KSV eSports, but the entire roster moved over intact.

SK Telecom T1 (SKT), another South Korean team, made it to the finals at Worlds before being defeated 3-0 by Samsung Galaxy. Since then their roster has had significant shakeups. Of the five players that were on stage in the finals, two have moved on. One of their three alternates left as well, and a new alternate was hired, albeit for a different role.

Huni has been a very successful player throughout his tenure, and coming second this year is nothing to scoff at. Now he is returning to North America, where he previously played for Immortals. This time, though, he will be playing on Echo Fox, a well known North American team that seems to have had trouble finding their footing. Hopefully Huni will be the push they need! His role on SKT has been filled by Thal, a top laner who previously played for Red Bulls in the EU LCS.

Peanut, another great player, has actually moved twice (sort of). In November, when most of these changes happened, he moved from SKT to Longzhu Gaming. Longzhu was then acquired by Kingzone, and renamed Kingzone DragonX. The entire roster moved over with them, Peanut included. He has been replaced on SKT by an amateur, Blossom. Blossom is from Korea and will be playing on one of the best teams in his region, so we expect to see good things from him.

Sky had been an alternate mid laner for SKT, but has decided to move to the Brazilian team RED Canids, previously known as INTZ Red. RED Canids now has two mid laners, but it is expected that Sky will play as first string, with Xico as an alternate.

SKT also moved their alternate support, Effort, up to first string alongside Wolf. We’ll see if this leads to a more permanent change down the road.

Royal Never Give Up (Royal) is a Chinese team that came third at Worlds alongside Team WE. They barely lost 3-2 to SKT in the semifinals. Their roster moved around quite a bit, but the five players who played on stage during finals have all remained.

Koro1, an alternate top laner, has moved to Victorious Gaming. Royal replaced him with tianCi, who came over from Royal Club. Y1HAN, an alternate jungler, has changed his name to Pepper and moved to FunPlus Phoenix. Royal filled his old position with Karsa, who came from the Taiwan team Flash Wolves. Wuxx, one of two alternate ADCs, has retired. He was replaced by two new alternate ADCs, which means there is a total of four ADCs on team Royal. The two new ADC alternates are Able, an amateur from China, and XuanXuanPi (previously Xuan) from Royal Club.

By keeping their first string as-is, and recruiting new alternate players, Royal Never Give Up proves they are confident in their players, as well as their ability to groom new ones.

Team WE is a Chinese team (the first professional League team from China!) that came third at Worlds alongside Royal Never Give Up. After beating Cloud9 3-2 in a close quarterfinal match-up, they lost their semifinal place to Samsung Galaxy (3-1). This is a short overview, because they have announced zero roster changes as of yet. All five of their players who were on stage during Worlds, and their five alternates, currently remain on the team. Team WE is clearly confident that their players will perform well again this year, and make it to worlds once again.

100 Thieves did not place in Worlds. In fact, they didn’t even compete in Worlds. Why? Because they are a brand new team!

100 Thieves was founded by Matthew “Nadeshot” Haag, a former professional Call of Duty player. The team was formed in 2016 and competed exclusively in Call of Duty, until a last place finish caused the entire roster to be released. Now they are coming back to compete in League of Legends, and boy, they boasting an impressive team.

Aphromoo is the support for 100 Thieves. He is one of the originals when it comes to professional League of Legends. He started as a popular ADC streamer on Twitch, and was then picked as the ADC for V8 Gaming. However, it wasn’t until he switched to support that he began to win major tournaments. In 2014 he moved to CLG, which was where he stayed until  the end of 2017. Now, he has decided that 100 Thieves is the place to be, and who are we to argue?

Following close behind, the jungler for 100 Thieves will be Meteos. Meteos earned his stripes back in 2013 when he, alongside Cloud9, wiped nearly every North American tournament. He left Cloud9 in 2017 to go to Phoenix1. Unfortunately, they had a poor split, and the team was unable to make the cutoff for NA LCS in 2018 (and are now disbanded). Now, Meteos has made his way to 100 Thieves; a team that will hopefully have more luck than Phoenix1.

Another well known name, Ryu, will be the mid laner for 100 Thieves. He has bounced around several teams since joining the pro scene back in 2012. In 2016 he played on stage and managed to come in third place at the World championship with H2k-Gaming. Unfortunately, he followed Meteos to Phoenix1 for the 2017 season, and we know how well that went.

Ssumday, another player that has been around the block, joined the pro scene back in 2012 as well. He is the top laner for 100 Thieves. He spent most of his time on various KT Rolster teams, be it Bullets, Arrows, or the combined main team. In 2016 Ssumday was the second place MVP player in the LCK, coming in just behind Smeb. In 2017 he moved to Team Dignitas in North America. Unfortunately, Dignitas had a bad season, and was disbanded at the end of 2017, which is how Ssumday became the top laner for 100 Thieves.

Cody Sun, previously known as TM8 and Massacre, will be the ADC for 100 Thieves. He’s newer to the professional scene than others, having just joined in 2015. Unlike the others, he doesn’t have many tournament victories under his belt. Even though he’s from China, he has played exclusively on North American teams, and has bounced around quite a bit. He played on Immortals in 2017, then left for Team Liquid back in November. However, he only stayed for one month before moving to 100 Thieves.

These are only a few of the teams that we’ll see over the course of 2018. You might not realize it at first, but there is a ton of history behind some of our favorite teams. All of these teams, and many more, have the resources to come out victorious at Worlds 2018.

Which one will end up going all the way? I suppose we’ll have to keep watching to see! 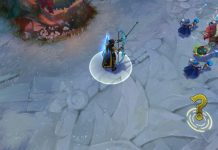