League of Legends had two recent patch updates. While the 8.2 patch has been out for a few weeks, 8.3 just went live a few days ago. Both patches saw new balance changes and some item reworks, as well as a major mechanical change.

For the most part I’d say the changes were positive, but a few more balance changes could have been made. I’m still undecided on the mechanical change, but it seems okay for the most part. Now, let’s dive into this League of Legends patch update.

In terms of actual balance changes, 8.2 was pretty light. A bunch of champions had minor reworks done: Ekko, Evelynn, Ezreal, Jinx, Kha’Zix, Malzahar, Nunu, Ornn, Pantheon, Sona, and Vayne. The biggest change by far was to Nunu. Nunu’s Q now gives him a passive damage bonus, which makes his jungle clear easier. His W also increases ability power by 40% (to a cap) on both him and his target. These two changes are pretty huge, and give Nunu a lot more ability power, while also improving his jungle clear. Nunu has been seeing a significant rise in both play and win rate as a result of these changes.

8.3 was also small, with a few important nerfs and buffs, as well as one major rework. Kog’Maw had his maximum health damage decreased, and Ryze can no longer use Stopwatch or Zhonya’s during his ult (using them cancels his ult). Other champions that had minor nerfs or buffs were: Azir, Jarvan IV, Jhin, Katarina, Lucian, Master Yi, Sejuani, Tryndamere, Viktor, and Zoe.

As many of you now know, Swain got a massive rework in 8.3. Although I loved his old kit, his new kit does seem quite strong. I’ll be very surprised if we don’t see significant Swain play over the next few weeks.

The big change to items in 8.2 was done to support items. Over the past few patches people realized that support items – Targon’s Brace in particular – were actually good on non-support characters (particularly ADCs). It gave a bit more gold, had comparable passive healing to a Doran’s Shield, healed when you share minion kills, turned into a big activatable shield, and allowed you to bring three potions to lane. Basically, it had a ton of upsides, so ADCs would start with this support item and do well with it. This was unintended, so Riot nerfed it. However, this was a rather elegant change in my opinion.

Rather than just gut Targon’s Brace and hurt support champions, Riot changed all three of the main support items. They removed Sightstone, and now the three support items (Targon’s Brace, Nomad’s Medallion, and Frostfang) build into a sightstone item. They have a threshold of gold that they “activate” at, and after that they get wards built in. Personally, I love this change. It was a great way to make playing support feel more rewarding, and also changed something that needed to be changed. Most importantly, they didn’t nerf support to punish ADCs.

In 8.3 they changed up a few runes because they were just way too powerful. They didn’t want to remove Magical Footwear from the game entirely, but having it as a non-tier one rune was just too strong. Now you have to choose between Kleptomancy and Magical Footwear, if you choose to go that route.

The biggest change in 8.2 was the update to minion aggression. Prior to this, minions would target an enemy champion any time they began attacking an allied champion. It was only auto attacks, and spells that counted as auto attacks, that affected this (such as Ezreal’s Q, Fiora’s Q, etc.) Other than these fringe cases, you were pretty safe to just mash your skills at your enemy without having to worry about their minions attacking you.

Now, instead of just auto attacks, minions are aggro-ed by any single target, targeted spell. This means that any ‘point-and-click’ ability will now draw minion aggro. The really difficult part here is remembering which spells will do it. For example, Ezreal’s E, despite being a single target ability, does not draw aggro because you didn’t specifically target your enemy champion. Ahri’s Charm also doesn’t draw aggro, for the same reason. Any non-single target ability will not draw minion aggro.

The fringe cases are the weird ones. Does Brand’s ultimate draw aggro? Yes, because he targets a champion with it. But does it draw aggro on the bounces? No, but it’s weird. It’s the same thing with Jihn’s Q. If you target a minion it doesn’t draw aggro for hitting a champion, but if you target a champion, it will. Katarina’s Q now works the same way. Suddenly these champions are much harder to play in lane, because you don’t want to draw minion aggro. And most importantly, now you have to know every single champion and their abilities in the game well enough to know if they draw minion aggro or not.

The big winners with this minion aggro change are all the champions who don’t have any single target, targeted abilities. For example, Ahri, Morgana, and Zoe. The losers, however, are a much more diverse group.

The biggest loser from this patch is Pantheon. His Q harass used to be a huge bonus when playing him. Now he can’t harass in lane without drawing minion aggro, which is debilitating early, and still not great in the mid-game. Even his stun draws aggro now!

The biggest losers are mostly melee champions in mid and top lane. For example, Akali’s Q now draws aggro, Katarina’s Q draws aggro if she targets a champion, and Irelia’s stun and Q both draw aggro now. Playing melee is particularly bad because you’re already standing in the middle of minions, and then they start hitting you. It can be game changing (in a bad way) to have minions target you at the wrong time.

This change was clearly made to stop people from lane abusing without penalty. But it’s such a pick-and-choose change that I don’t think it will achieve that goal. For example, if you wanted to make melee champions worse in the laning phase, why was Zed untouched? The same goes for both Darius and Renekton. It’s a very odd change, and although I’m not opposed to the idea, I am curious about the execution. I wouldn’t be surprised if we see more changes to game play because of this update in the near future. 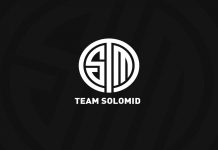 A Brief History of TSM's League of Legends Team