General Stephen Draper -
-6.8k
Path of Exile Shaping Before you start shaping your Path of Exile Atlas, we suggest you read our introduction to the Atlas. Once you have...
Image via 4ShoreG.

Team SoloMid (TSM)’s League of Legends team has been around since the beginning of the competitive LoL scene. The team has become a staple in North American esports over their six years of activity. Their rosters have, at one point or another, held the vast majority of North America’s professional players. Now, they’ve gone through some massive changes, and lost an icon.

Let’s start at the beginning, and take a look at how TSM has progressed throughout the years.

TSM was not created as an esports team. TSM’s brand was originally used as a website, SoloMid.net, that acted as a resource for LoL players. It was created by Andy “Reginald” Dinh and his brother, Dan “Dan Dinh” Dinh. The site become very popular after its inception, and in 2011, they decided to branch into esports, as League of Legends was becoming very competitive.

The original Team SoloMid roster consisted of Reginald (Mid), SaintVicious (Top), Chaox (ADC), TheOddOne (Jungle), and Locodoco (Support). By the time the Season One Championship rolled around, Locodoco and SaintVicious had been replaced by Xpecial and The Rain Man.

TSM did not get off to an auspicious start. In the Season One Championship they came third out of eight teams, and it went downhill from there. Throughout 2012 and 2013 they struggled, and were rarely able to find tournament wins. They were doing well in the North American scene, but at this point the segregation between regions wasn’t as divisive as it is today.

In the Season Two World Championship, their roster stayed the same, with the exception of Dyrus joining the team to replace The Rain Man. Unfortunately, this wasn’t enough, and the team didn’t even make the top four. During the Season Three World Championships they kept the same roster, and predictably, they finished in an even lower position. They were knocked out before playoffs began.

The team began playing better, and were one of two teams from North America (Cloud9 being the other) to make it to the World Championship. Both teams were eliminated in the first round of the playoffs, but this season had set a president.

At this point, everyone knew North America didn’t stand a chance at Worlds, but that didn’t mean TSM and Cloud9 didn’t impress people, because they did. Fans started to pay more attention to the NA LCS, and wanted to see how teams pit against each other, rather than against the rest of the world. At this point, TSM was a forerunner. 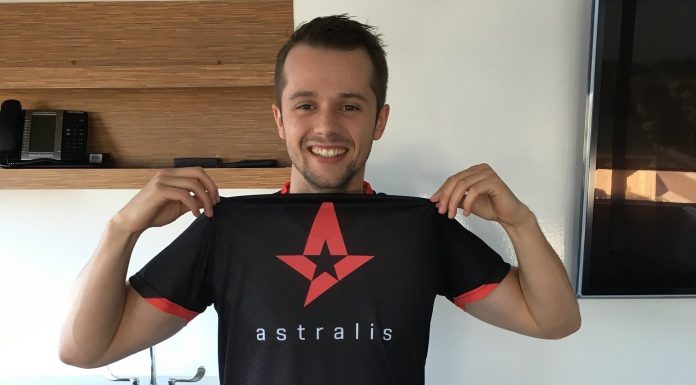 The Height of Glory

The start of 2015 went a bit poorly for TSM, as they found themselves placed in second in NA. Counter Logic Gaming (CLG) took the first position for the 2015 Summer Split and the 2016 Spring Split. TSM tried to boost their performance with roster changes, and replaced Amazing with Santorin; it didn’t seem to help.

At the end of 2015, TSM acquired their (arguably) most famous player to date: Doublelift. He was also part of the reason that TSM had lost to CLG in the last two splits. Doublelift moved from his place at CLG over to join TSM.

He wasn’t the only change though. Once again TSM went through a complete overhaul, dismissing their entire main roster apart from Bjergsen. Their new roster was: Bjergsen (Mid), Hauntzer (Top), Svenskeren (Jungle), Doublelift (ADC), and Biofrost (Support).

This lineup performed well, and they reclaimed their position as the number one team in North America. They took home the Season Six (2016) Summer split in a 3-1 match against Cloud9, and ushered in a new era of TSM.

The 2017 Season Seven splits went incredibly well for them. They took both Spring and Summer handily, defeating Cloud9 3-2 in the Spring and Immortals 3-1 in the Summer. Predictably, at Worlds, they didn’t make it past group stages. Cloud9 did manage to get through, but they were in different groups. Cloud9 was immediately knocked out of the playoffs by a team from TSM’s group.

TSM, at this point, has become a North American icon. In many tier lists, Bjergsen and Doublelift are considered to be top tier players within the LCS, with Hauntzer sometimes edging in as well.

Their position after the 2017 World Championship was pretty great: they had won the last few splits, and no other NA LCS team could take them on. So what came next? Trade away Doublelift, of course.

That’s right, just a couple months ago TSM went through another roster shakeup. They kept Bjergsen and Hauntzer, but replaced the rest of the crew. The new, and current, roster is: Bjergsen (Mid), Hauntzer (Top), MikeYeung (Jungle), Zven (ADC), and mithy (Support). Both Zven and mithy came together from G2, so they have their bottom lane cooperation down pat.

The 2018 season may have just begun, but it has already seen a huge shakeup in the LCS. There are now ten teams, and they are all franchised. This means that they are sticking around for the foreseeable future. TSM, of course, is one of them. They are joined by the Golden Guardians, Cloud9, Flyquest, Echo Fox, Clutch Gaming, 100 Thieves, Team Liquid, Optic Gaming, and Counter Logic Gaming.

The competition is definitely fierce. The new teams have sunk a lot of time and money into building rosters to blow TSM out of the water. Team Liquid in particular has a bone to pick, as their newest ADC is Doublelift. However, every team will have a shot at taking the split.

Franchising has ushered in new competition on a level TSM has never before seen. This split saw TSM start off poorly. After their first few games, they were in the bottom five. However, they’ve slowly started climbing, and are currently sitting tied for fifth place with three wins and three losses.

Will they be able to keep their position as number one team North America and make it to the World Championship once again? Only time will tell.

Previous articleLeague of Legends Patch Update: 8.2 and 8.3
Next articleEsports Edition Launches Its Own Discord Group