The current Hearthstone meta revolves entirely around Druid. At rank one, Druids make up over 60% of the decks, and across all decks, that number sits at around 30%. For the sake of our collective sanity, we’re going to ignore Druid in this meta analysis as much as we can. If you want to play the best deck, it’s Jade Druid. Have fun. If you want to see what the rest of the meta looks like, keep reading.

Do note, however, that even though we’re not including Druid decks here, the class does play a huge role in determining the relative power of these decks. Most of the decks are in their high tier position because of their relative strength against Druid. Just something to keep in mind, especially considering the Druid nerfs Blizzard just announced.

Murloc Paladin used to be a great deck, relying on Anyfin Can Happen to deliver devastating combos. Back then, it was a control deck that was built entirely around stalling and combos. It’s a bit different now. For the past few expansions, Murloc Paladin has been close to tier one, but recent additions and the current meta have pushed it over the edge. Corpsetaker and Bonemare in particular gave Murloc Paladin the edge it needed to break into the top tier of decks.

The playstyle of a Murloc Paladin deck is fairly simple. You push through the early game, making use of the strength of aggressive Murlocs. They play off of each other extremely well, buffing each other and typically providing lots of damage.

Once you’ve reached midgame with a Murloc Paladin deck, you make use of your dominant board position. You do this by applying buffs to your already present Murlocs, which stops your opponent from recovering. Blessing of Kings, Gentle Megasaur, Spikeridged Steed, and Sunkeeper Tarim all do this splendidly. If all else fails, you slam down Tirion Fordring to finish the game.

Bonemare is an incredibly strong buff card, and we’ve seen it used in lots of decks since Knights of the Frozen Throne came out. Bonemare costs seven mana, and is a 5/5 with a Battlecry that gives a friendly minion +4/+4 and Taunt. No matter how you look at it, Bonemare is a great card. Corpsetaker is less versatile than Bonemare, but it fits perfectly in Murloc Paladin decks, especially since you can use it to protect your army of Murlocs. When you add in Wickerflame and Tirion–as well as two Righteous Protectors–Corpsetaker becomes a force to be reckoned with. You’ll almost certainly get Taunt and Divine Shield on Corpsetaker, and there’s a decent chance you’ll snag Lifesteal. A four mana 4/4 with Taunt and Divine Shield is nothing to mess with, and if you throw in Lifesteal, Corpsetaker is an absolute menace.

Highlander Priest has been in a good place since Knights of the Frozen Throne launched, and we’ve mentioned it a couple times in our coverage. It’s worth revisiting because Highlander Priest has, much to my surprise, settled nicely into tier one. For those of you wondering about the deck name, this clip from the cult classic Highlander should clear it up. This is a “singleton” deck, meaning there’s only one copy of each card. This means you can make full use of Raza the Unchained, which makes your hero power cost zero for the rest of the game. If you add in Shadowreaper Anduin, this combination is nearly unstoppable. Suddenly you’re doing a reliable two damage every turn, plus an extra two damage for every single card you play. For free. This kind of damage output is, as you can likely imagine, devastating.

There are plenty of viable Highlander Priest decks, but our featured list from TempoStorm is geared towards an aggressive meta, with cards like Tar Creeper and Shadow Word Pain. The rest of the deck is filled with draw engines to get to your Raza and Death Knight faster. Highlander Priest is strong against aggressive decks and Druid, but you may want more value in certain matchups. Some lists swap in cards like The Lich King or even Mind Control to add some additional control. Either way, there aren’t many decks that can stand against the type of board control and pure aggression that Shadowreaper Anduin offers. If you’re able to play both him and Raza, you’re going to have a hard time losing.

Other Tier One Decks

The other decks in tier one consist of Druid and Pirate Warrior decks. There’s a lot to say about both of them, but nothing that hasn’t already been said a million times. Here’s a recap for the uninitiated: Jade Druid and Pirate Warrior are the two top decks at the moment. Jade Druid is incredibly good because it instantly beats any long-term value deck. How? Well, Jade Druids have essentially infinite value. If you use Spreading Plague, Jade Druid decks are also able to handle most aggressive decks.

Editor’s Note: Both Druid and Warrior will be nerfed in an upcoming balance patch. The changes aren’t live yet, so this meta report should be accurate until then. That being said, expect things to change over the next few weeks. I’m betting that Druid will remain in tier one, but it won’t be nearly as oppressive as it was before. As for Pirate Warrior, I don’t expect it to move much over a single mana crystal. It might fall a rank or two. I wouldn’t waste time crafting Druid or Warrior decks until the dust settles. 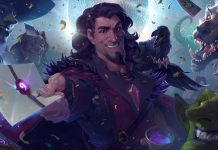