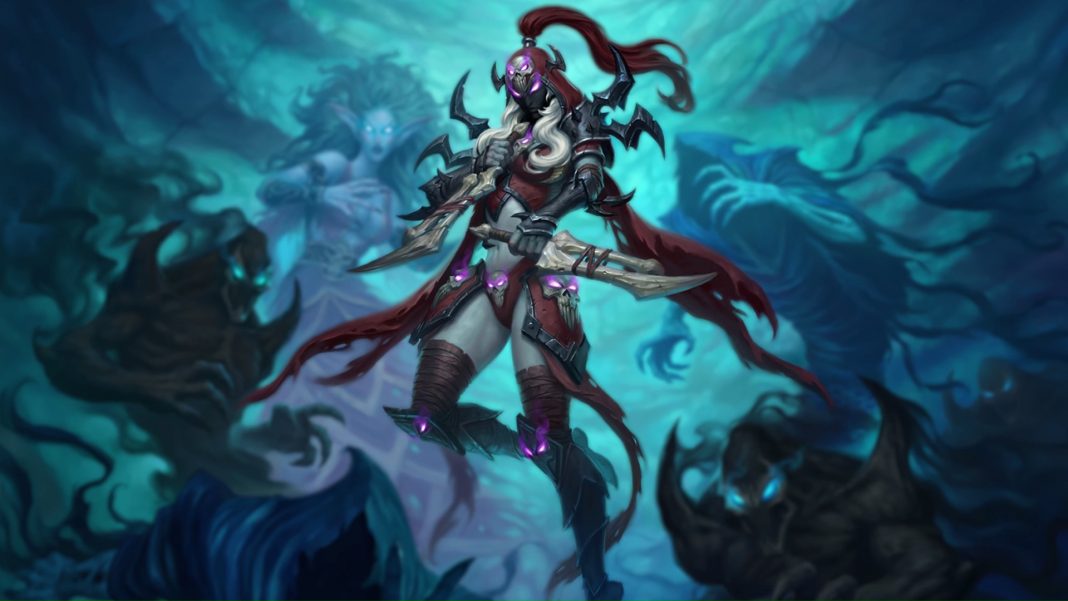 The newest batch of Knights of the Frozen Throne cards have been released, and we’ve also got our third and fourth Death Knights to discuss. The first one is Thrall, the new Shaman Death Knight, and the second one is Valeera, the new Rogue Death Knight. There have also been a host of other new cards released. Some of them could easily be deck defining, and some are just plain cool. But first, the Death Knights!

Thrall, Deathseer, is the new Death Knight card for Shaman. Out of the Death Knights we’ve seen so far, this is arguably the least interesting. Not because he isn’t cool. Thrall, Deathseer is definitely cool. Instead, it comes back to the fact that we’ve seen his effect before. He costs five mana and, like all the other Death Knights, he gives five armour. His Battlecry transforms your minions into random ones that cost (2) more. Sounds cool, but it’s not exactly new — the Shaman class is full of Evolves. This includes cards like…Evolve. Thrall, Deathseer is just a stronger version of Evolve that costs a lot more mana. 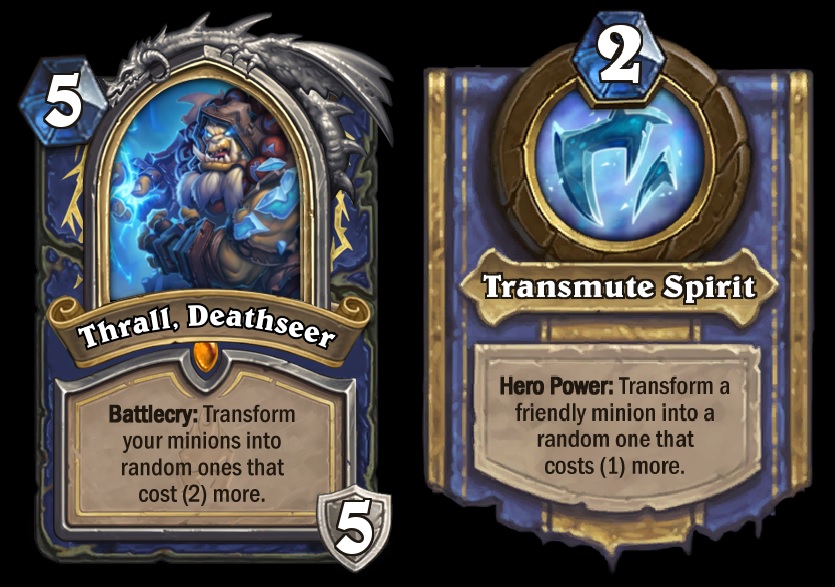 As with all the Death Knights, Thrall changes Shaman’s hero power. With Thrall in play, your hero power becomes “Transmute Spirit.” It costs two mana, and transforms a friendly minion into a random one that costs (1) more. It’s a simple evolve, on one target, for two mana. It’s exactly the same as targeting a minion with Master of Evolution. This can be used to extremely powerful effect. You could add things like Big Time Racketeer to your deck for full evolve potential. That being said, it’s far more likely that the Shaman’s Death Knight will mostly be used to set up efficient trades all game. If your minion lives with one health, just evolve it! Having full board control is not something to be overlooked.

And this brings us to the downside of our new Deathseer friend. You need a board for it to work. This is very much a win-more card. For it to be effective, you have to be ahead on board, or it essentially does nothing. The deck that makes this work will most likely be a low-cost token based deck. Flood the board and take control early, then drop Deathseer–or a few Evolves–to close out the game. Alternatively, someone mentioned that if you are forced to, a turn ten Doppleganger + Deathseer makes three random seven cost minions. This is a slow play with a lot of potential for it to blow up in your face, but certainly a powerful one. I’ll be beyond shocked if some powerful decks aren’t built entirely around Thrall, Deathseer. The potential evolve synergy is, to put it lightly, completely bonkers.

Valeera the Hollow is the Rogue Death Knight. She costs nine mana, and her effect is a Battlecry that provides Stealth until your next turn. That’s right: your hero becomes immune to any targeted abilities. You’ll still take damage from things like Consecration that don’t directly target you. However, you won’t be able to be targeted by any spells or minions, or attacked by them. You’ll also get the standard five armor for Death Knight cards. The hero power change is easily the coolest one we’ve seen yet.

This is the first Death Knight to have a hero power that doesn’t cost two. Valeera the Hollow’s hero power becomes a passive that costs zero mana, and is always active. During your turn, you’ll have a Shadow Reflection card added to your hand. Shadow Reflection sets up a new interaction: whenever you play a card, it becomes a copy of it. If you play two cards, then it copies the most recent one played. In other words, it retains its ability to transform, which opens up lots of new combo possibilities. It gets better. Because Valeera the Hollow makes you nearly immune when you play it, you don’t have to worry about your board state the turn before.

Imagine stringing together a combo of Leeroy Jenkins, Cold Blood, Cold Blood, Cold Blood. That’s nine mana, and 18 damage. And that’s just one of the most basic combos that’s out there. Brann into Coldlight, Coldlight could be a great finisher for Mill decks, especially since the five armor and Stealth synergizes well with those cards. It’s pretty rare that you’ll have a turn where Shadow Reflections wouldn’t provide some value. This is easily my favorite Death Knight so far, and I can’t wait to try it out. 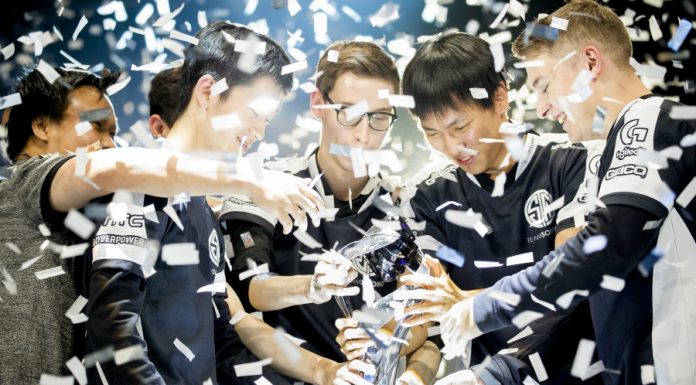 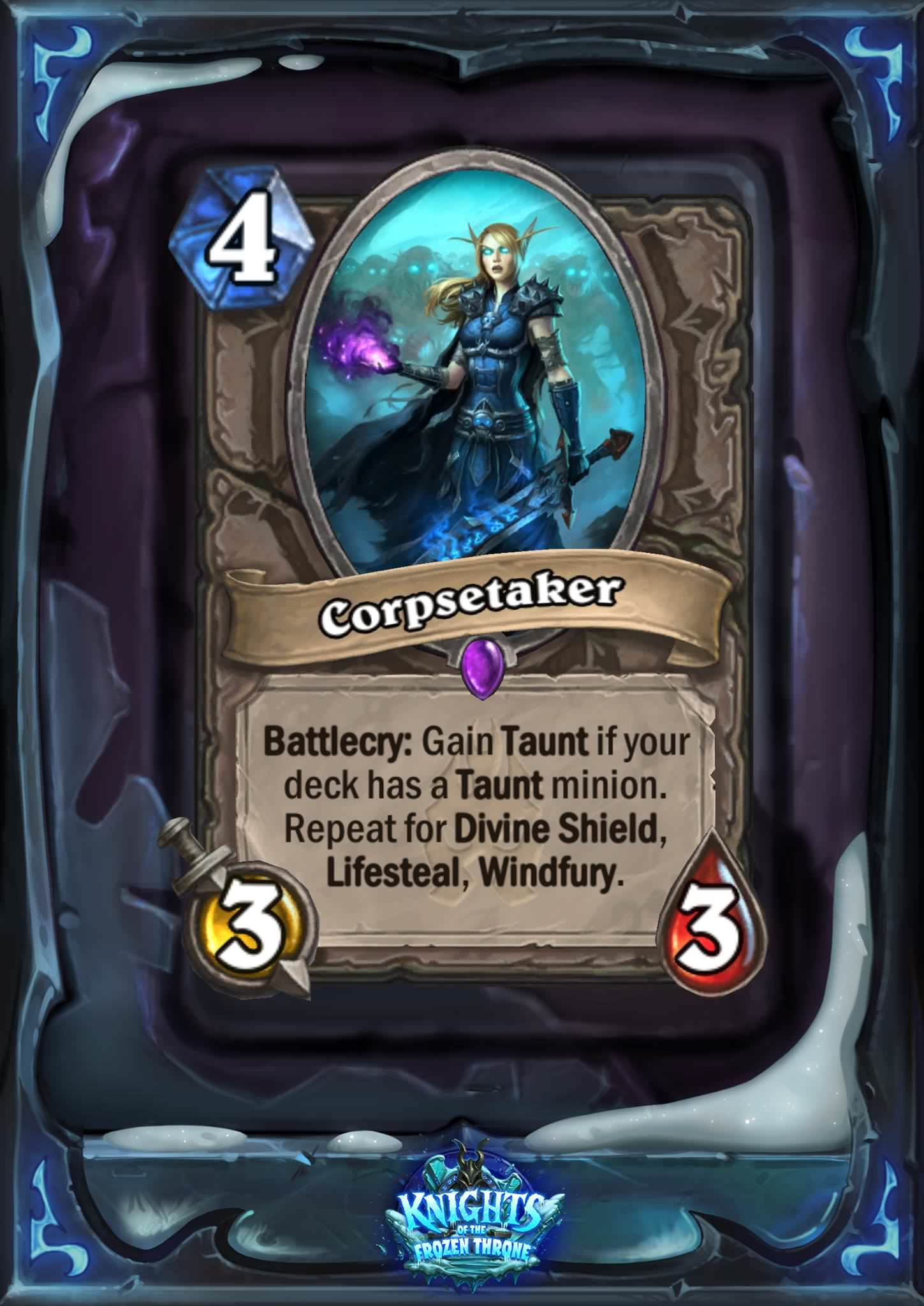 There are some pretty interesting Epics that have been released as part of the Knights of the Frozen Throne expansion, but there are two new cards that stand out from the crowd. The first of these is Corpsetaker, a neutral minion. Corpsetaker is a four mana 3/3 with a unique ability: when it comes into play, it gains Taunt if you have a minion in your deck with Taunt. This is repeated for Divine Shield, Lifesteal, and Windfury. So, in an ideal situation, you’ll be bringing out a four mana 3/3 with all four of those buffs. This might sound overpowered, but when you start thinking about it, it’s apparent that this is pretty tough to actually pull off. But there are a few decks where it sounds decent.

Shaman and Paladin are the two classes that come to mind. Al’Akir the Windlord has Taunt, Divine Shield, and Windfury. If he’s still in your deck when you play the Corpsetaker you get three of the abilities off a single card! No deck compromise needed. Similarly, in Paladin, Divine Shield is everywhere, and Tirion easily provides both it and the Taunt. The real question comes down to how many slightly worse cards you’re willing to include in your deck to potentially buff your Corpsetaker. If you draw the worse card before playing Corpsetaker, then Corpsetaker won’t get the bonus. It’s still an interesting card, and I’m expecting to see some intriguing new decks built around Corpsetaker. 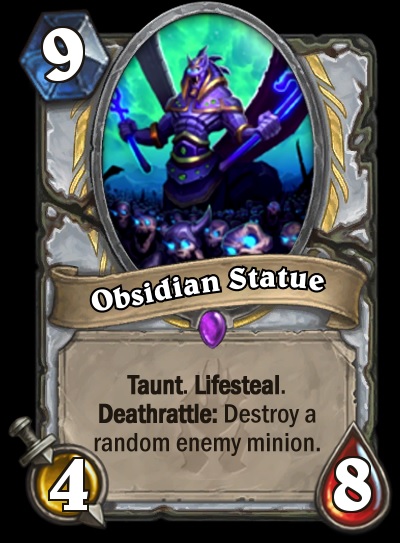 The other epic, incidentally, works quite well with Corpsetaker. Meet Obsidian Statue, a new Priest epic minion. Obsidian Statue is a nine mana, 4/8 minion with Taunt and Lifesteal. Oh, it also has a Deathrattle that destroys a random enemy minion. This card is really cool. It’s big and bulky, and if it gets silenced or Polymorphed, you might be screwed. But it’s a massive body that potentially heals you for a lot and wipes your opponent’s board. The best part of Obsidian Statue, however, is the card’s mindgame potential. Your opponent can choose to trade a full board into it, but that means that you’ll receive a massive heal. And if they don’t, then they can’t play big minions because of the Obsidian Statue’s Deathrattle. I just really like the Sylvanas-esque interaction. Due to the Deathrattle, there’s also some neat N’Zoth synergy. Obsidian Statue will be a day one craft for me, and it looks extremely promising. 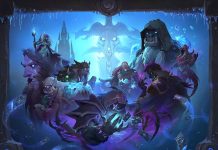