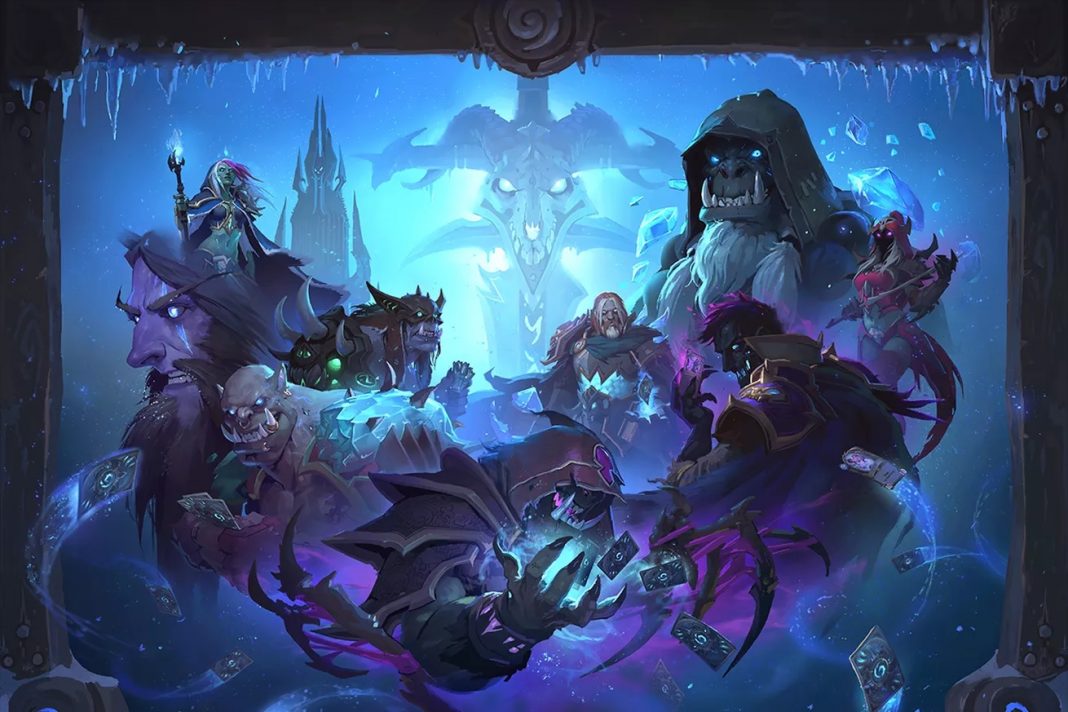 Hearthstone’s reveal season has kicked into high gear this week. For now, I’ll be ignoring the ‘Prince’ legendaries, because honestly, they are garbage. Today, let’s talk about the real legendaries.

One of the latest Death Knights is a Mage replacement, an undead Jaina. Frost Lich Jaina is a nine mana card that gives you 5 armour and summons a 3/6 Water Elemental. It also states that from now on all your Water Elementals have Lifesteal. Lifesteal, for those of you who haven’t heard, and didn’t play Magic, is a mechanic that says whenever this minion deals damage, your hero will heal an amount of health that’s equal to how much damage you did. Lastly, the Frost Lich changes your hero power to: “Deal one damage. If this kills a minion, summon a Water Elemental.” 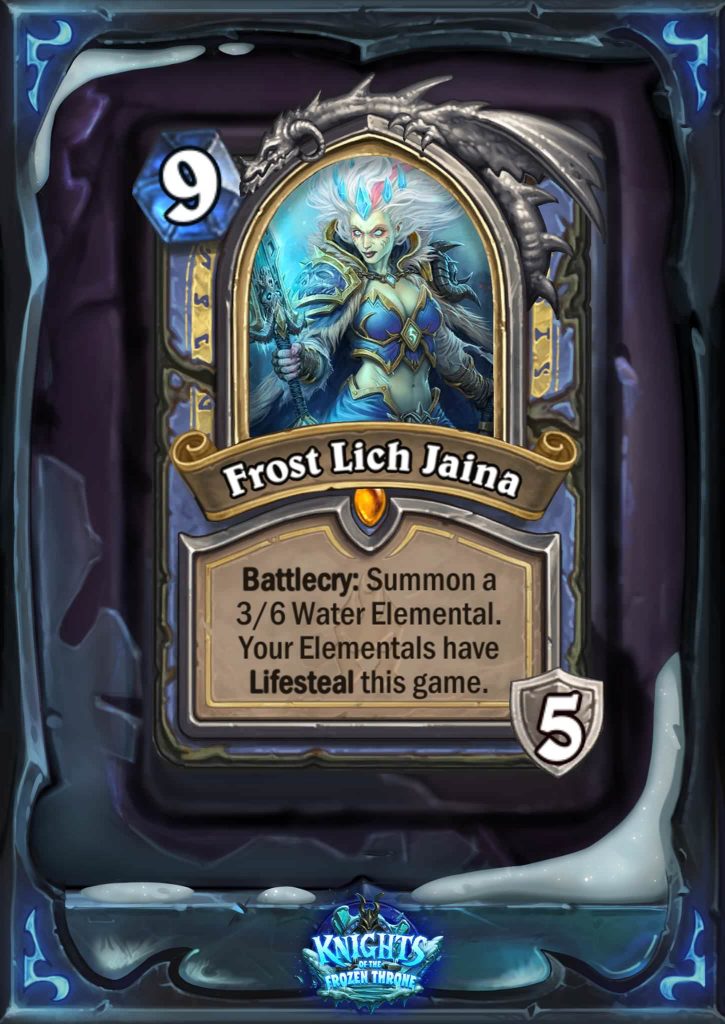 Obviously, this Death Knight is insane if you can get it off. However, in the nine mana slot, that’ll be a bit tricky. If it cost eight mana, Frost Lich Jaina would be incredibly strong, being able to ping the same turn it comes into play. With two Lifestealing Water Elementals and five armour, I can easily see that being potentially overpowered. As is, I think the card might be a bit too slow. Mage is the right class for it though. They can set up defensive cards like Ice Block, Ice Barrier, and even Ice Nova turns before, in order to get their Death Knight into play. The real issue is that a Mage usually has better things to do with nine mana. Antonidas plays, Alexstrazsa, or simply Pyroblasting face. There’s a lot Mages can do for nine or ten mana. For this Death Knight to truly see competitive play, I believe it will have to bring forth an entirely new Fatigue Mage deck.

I’m excited to play with all the Death Knights. If Rexxar and Jaina are any indication, the Death Knights appear to be much more based around value than raw power. I think this is a great direction for Hearthstone in general. Also, we know now that the heroes will cost different amounts, which opens up lots of possibilities.

Hadronox is the newest Druid Legendary revealed. He is a nine mana 3/7 that has Deathrattle which summons all your Taunt minions that died this game. This is obviously an incredibly powerful effect, but again, the main issue with the card is how difficult it will be to activate. At nine mana, you’re spending your entire turn to play this guy, and, unlike N’Zoth, he doesn’t activate immediately. I think the card might’ve been better off if it had a Battlecry effect, especially when you compare it to N’Zoth. N’Zoth has two more attack and his effect is instant, but Druid Taunts aren’t very… Taunt-like, so it evens out. 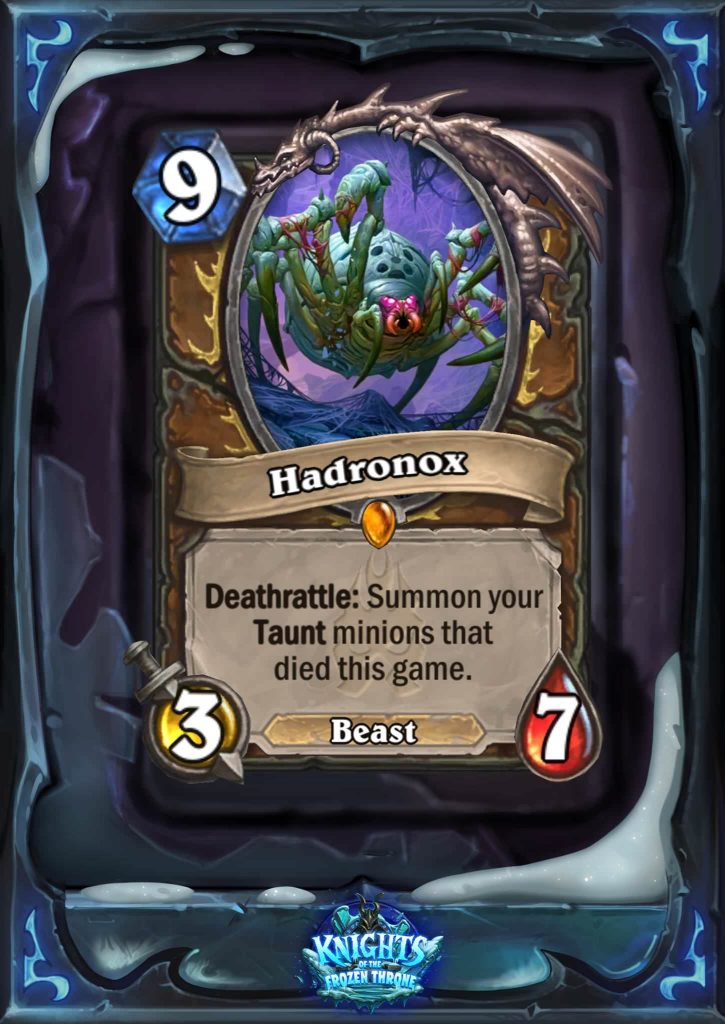 This brings us to the other issue with Hadronox. Many of the Druid Taunts aren’t actual Taunts. Druid of the Claw and Ancient of War both come into play as their original version before transforming to have Taunt. If this interaction works the same as others, then they won’t be summoned by Hadronox.

I think Hadronox is really cool, and I want him to work. But seven health is a lot to be forced to kill off. Especially when your opponent can crush you with any silence or Polymorph effect. Hell, it can even be stolen by Priest a variety of ways. If this card was eight mana you could pair it with Mark of the WIld, or if it was ten mana and the effect was a Battlecry it would be awesome. At nine mana, with this stat line, and a Deathrattle, I think Hadronox is just too slow and inefficient.

Archbishop Benedictus is the newest Priest Legendary, and he’s really cool. I have a hard time seeing him in any competitive decks, but he does seem like a whole lot of fun! He is a seven mana 4/6 with the most unique ability I’ve seen in Hearthstone. Battlecry: Shuffle a copy of your opponent’s deck into your deck. Now that’s a cool ability. Whether or not it’s viable, Archbishop Benedictus promises to be lots of fun to play with. 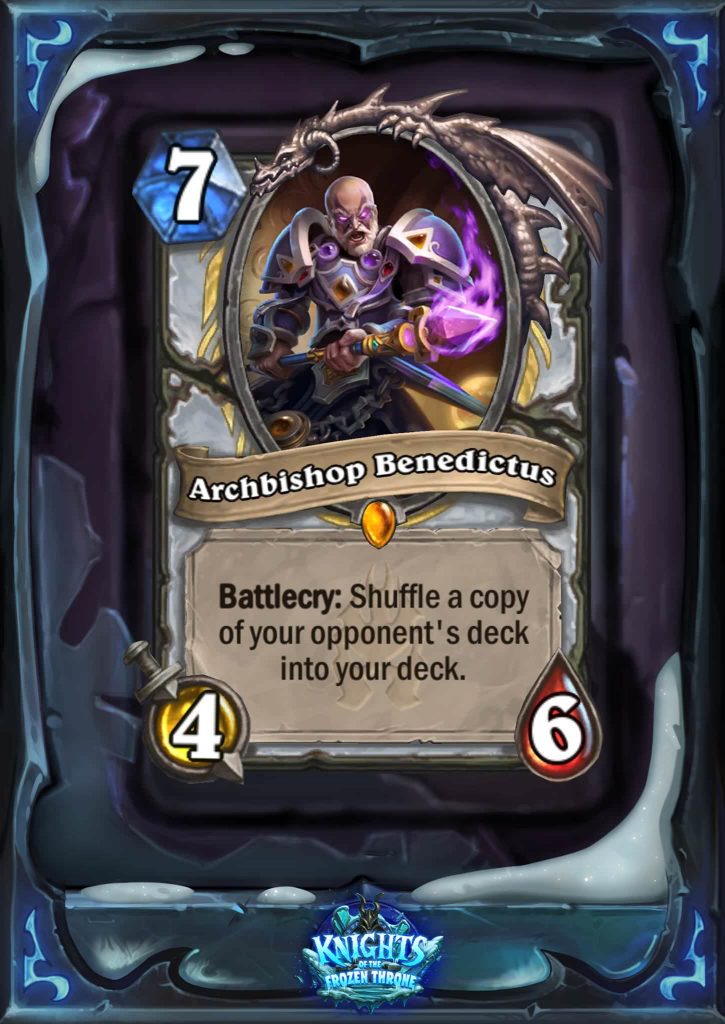 Unfortunately, as I said, it’s difficult to see it going into competitive decks. Old Priest would have absolutely loved this card. Back when Control Warrior was roaming the streets, and control matchups meant you went to fatigue. This card would have been an auto include, every time. But now, Control Warrior is Taunt Warrior, and they never go to fatigue. The only matchup that ever truly fatigues is already Priest. And you’d be weakening your deck a lot, losing all your synergy by combining two synergies.

For this card to be strong, the meta will have to shift quite a bit. If we see a rise in Fatigue Mage and Freeze Shaman and Priest in general, maybe it’ll see play. Which would be awesome, because the effect is one of the coolest I’ve ever seen in Hearthstone. It’s clear that the developers are really going outside their comfort zone, and the results are pretty amazing!

Moorabi is the newest Shaman Legendary. He signifies a new playstyle for Shaman. He is a six mana 4/4 that says Whenever another minion is Frozen, add a copy of it to your hand. This is pretty cool, mostly because Shaman isn’t a freezing class. So far every Shaman card we’ve seen has to do with the Frozen effect. They either Freeze or play around with the Freeze effect. My favourite, apart from Moorabi, is Cryostasis. It is a two mana spell that says Give a minion +3/+3 and Freeze it. Well, you can Freeze your opponent if you have to, but alongside Moorabi you can Freeze your own minion after you attack, and get a copy of it, as well as the extra stats! 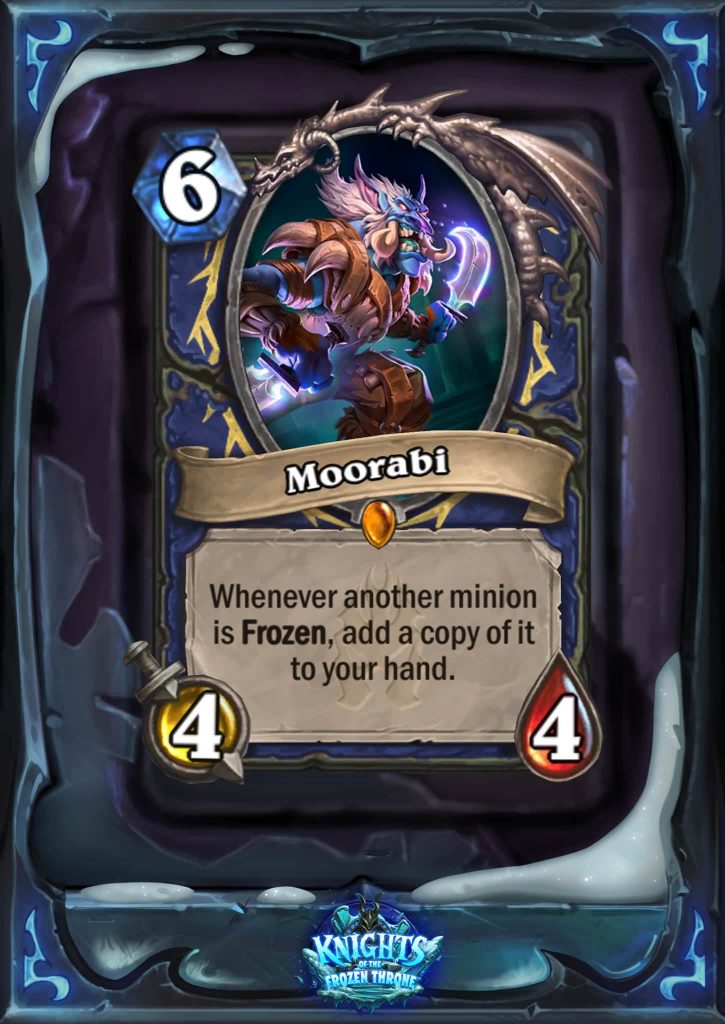 Freeze Shaman is something we haven’t seen at all before, but it’s a very welcome addition to the game. Shaman has been in a very strange place for the last year or two, bouncing between extremely overpowered and underwhelming. I hope that this Freeze Shaman presents us something that is somewhere in between! Mostly I’m just happy Blizzard is playing with new–and old–mechanics again. 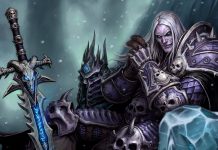