Path of Exile Stephen Draper -
-63
PoE Juice is an Art - One That Pays Well! In Path of Exile, properly juicing up your maps...

The latest Hearthstone expansion, Knights of the Frozen Throne, has been out for a few days now, and I’d be lying if I said it wasn’t great. The new Death Knight cards range from average to awesome, and they add some flair to the expansion.The meta hasn’t settled yet, but there are some fairly clear winners in terms of strong decks. Keep in mind that this is all subject to change in the coming weeks and months, but for now, these are the best Hearthstone decks to come out of Knights of the Frozen Throne.

Knights of the Frozen Throne Deck #1: One Turn KO Priest

First off, I’m sorry to say that this deck doesn’t actually do thirty damage in one turn. It does 28. If that means you’re not interested, I’m sorry, I can’t really help you. In all seriousness, this is an incredibly strong deck that doesn’t require a combo to win. The combo lets you win against other slow decks, particularly since people don’t expect burst damage from Priest. The deck makes use of the Priest Death Knight, Shadowreaper Anduin. In combination, it uses Raza the Unchained to get the full effect of Anduin’s hero power.

For those who don’t know, Shadowreaper Anduin’s hero power deals two damage, and each time you play a spell, you get to refresh this power. This means you can use your hero power multiple times per turn. Raza the Unchained makes your hero power cost zero for the rest of the game, if your deck has no duplicates. If your hero power is free, you can hero power for every single spell you play, plus one. This allows you to do some crazy combos. The best one that this deck allows is playing Prophet Velen, Mind Blast, and Holy Smite, all after you’ve played Raza. You hero power, two damage zero mana. Play Prophet Velen, hero power again, now for doubled damage, so a total of six. Mind blast for ten, hero power again, and that’s twenty damage so far. Finish with a Holy Smite and a final hero power for a total of ten mana and 28 damage.

The power of the deck lies in its ability to eliminate any threats thrown at it. Priest has powerful removal with cards like Dragonfire Potion, Shadow Words Death and Pain, and Holy Nova. You also run Primordial Drake for some additional board clear. You even have Spirit Lash and Potion of Madness for early game small removal, as well as a versatile Kazakus potion. This deck has a lot of tools in it, and you’ll rarely end up in situations you’re totally unprepared to handle. Following which you stall until you can get the Priest Death Knight in play, ideally taking out a minion or two in the process. After that, you just make use of your massive value advantage with your hero power until you can assemble the combo or flat out kill him with value. It’s a very strong control Priest deck with a nice finisher added in. This has been my go-to deck in Knights of the Frozen Throne, and I absolutely love it. 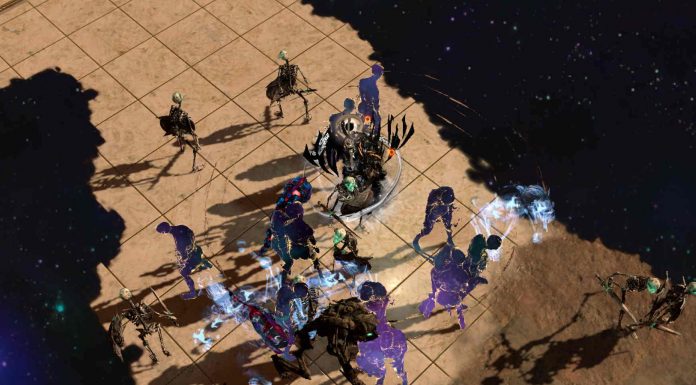 The Warlock Death Knight has managed to revive the Demonlock build far more than most players would have anticipated. Although, as expected, this rise to power is largely due to the new hero power offered by Warlock’s Death Knights. That being said, the non-discard Demons are stronger than anyone predicted, and Dread Infernal and Despicable Dreadlord have been unexpected breakout stars in the expansion.

This Demonlock deck revolves around a fairly simple goal. Drop a lot of Demons, make use of big bodies and damaging introductions, and abuse your opponent as much as possible. When you finally run out of steam, drop Bloodreaver Gul’Dan and refill your board with an upgraded hero power to boot. (Bloodreaver Gul’Dan has a battlecry that summons all friendly Demons that have died this game.) Once you’ve created a massive board, even if your opponent can manage to deal with it, you’re easily able to pressure with your hero power, which deals three damage and heals you for three.

The deck does struggle in early game though, which is why we’ve added some taunts and cheap removal. Tar Creeper is the perfect stalling tool, and Stonehill Defender provides some nice defense as well.

Defile is shockingly good at early board clear, and functions surprisingly well in mid- to late-game scenarios as well. Tainted Zealot is another solid pickup, giving you a simple combination with Defile or Hellfire, depending on what the game calls for. The Voidwalkers are another nice choice since they’ll be resurrected when Bloodreaver Gul’Dan shows up. Trust us, you’ll be grateful for their taunts after you bring out your Death Knight. In general, you’re going to try and survive until you can play big Demons. None of this is particularly complicated, but it is a lot of fun.

This deck isn’t new, and, if you play it right now, you’re kind of a scumbag. With everyone testing out the new Death Knights, which tend to be quite slow, Jade Druid is the perfect deck to stomp them. If the game goes on long enough, you set yourself up for an easy win by bringing out bigger and bigger Jades. When you add in a few of the new Knights of the Frozen Throne cards, the situation gets even more dire for whoever’s about to be on the receiving end of your Jade Druid beatdown.

The decklist featured here is from Zalae, and it has some weird tech choices. I appreciate the fact that he’s trying to make the most out of the new cards, and it makes the whole Jade strat in general far more bearable. This Jade Druid deck has these Knights of the Frozen Throne cards in it: Spreading Plague, Bonemare, Ultimate Infestation, and, of course, the Druid Death Knight, Malfurion the Pestilent. Spreading Plague is one of the best anti-aggro cards I’ve ever seen–the card text reads: “Summon a 1/5 Scarab with Taunt. If your opponent has more minions, cast this again.” Your opponent has a bunch of small minions? Awesome, now you have a board full of 1/5s with Taunt.

This iteration of Jade Druid isn’t amazing Pirate Warrior decks since they’re usually lacking in the minion department, but decks like Zoo or Aggro Paladin get blown out of the water. I don’t have a ton of experience with Bonemare, but it’s hard to imagine that a Blessing of Kings with a 5/5 attached for three extra mana could possibly be bad, especially since it gives you additional Taunt to take care of aggro decks.

Ultimate Infestation is an excellent card. For ten mana, you deal five damage, draw give cards, gain five armor, and summon a 5/5 Ghoul. This kind of power is usually reserved for legendary cards, but since it’s not, you’re free to include two Ultimate Infestations in any deck that you’re planning to hit ten mana with. Drawing isn’t an issue with this Jade Druid deck, since you’ve always got Jade Idols to fall back on, which pair especially well with Gadetzan Auctioneer. It’s worth mentioning that Druid’s Death Knight is one of the best that Knights of the Frozen Throne has to offer, mostly because it enters play efficiently and effectively. It costs seven mana, and when you bring it into play, you choose between summoning two Poisonous spiders or two Scarabs with Taunt. (Neither of those options is going to be much fun for your opponent.) Malfurion the Pestilent, like all the other Death Knights, also changes your hero power — you’re now able to choose between getting +3 attack each turn or grabbing an extra +3 armor. For seven mana, you’re getting power and flexibility. That’s a hard bargain to turn down.

The rest of the package is just Jades, which are incredibly boring. But they do win games, especially now that the meta feels like it’s slowing down a bit. This might not be great for the overall “health” of the expansion, however, since more Jade decks being played means there’ll be more aggro decks brought out to deal with the Jades, thereby limiting the Death Knight potential for several classes. Jade Druid wins, but no one will like you. Ever. 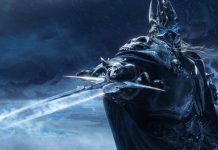