Over the course of the last few weeks, there have been two ten day long races in Path of Exile, Turmoil and Mayhem. I competed in both of them, and in Mayhem, I was lucky enough to win two prizes for being in the top 5 of two classes. The experience of pushing for a win (also known as a Demi, after the prize, Demigod’s Dominance) was definitely a grueling one, and took a considerable amount of practice. If you want to go for a Demi of your own, here are some tips for racing in Path of Exile that should help.

1. Plan around your limits

This is easily the most important tip. If you’re going to attempt to get a Demi, you’re going to have to put in a lot of hours. If you have other commitments during the time period, or can’t play extensively because of your work schedule, you’re going to be hard pressed to win. Not to say it’s impossible, but it will be very difficult. There’s nothing worse than coming sixth place and just missing a Demi simply because you couldn’t put in enough hours.

If you plan to go for a Demi but either can’t or don’t want to play 24/7, don’t play Softcore. The top five players from every class in each league get Demis. The Softcore Path of Exile races don’t have permadeath, and as a result, they’re a total grindfest. The people who can grind the most will win every single time. I knew I wouldn’t be able to commit to that amount of play time, so I chose the Hardcore leagues instead.

On a similar note, it’s worth avoiding the ‘popular’ classes. Part of the reason I was able to win two Demis in the same race was because I picked two fairly unpopular classes—I didn’t have to compete against teams, and I was able to move up the ladder quickly.

2. Teams always have the advantage

This is a fact. If you are going to compete in either Softcore or normal Hardcore, you will need a team, or you automatically lose the top few slots of each class. A team typically consists of four players—two damage dealers, one providing auras, and another player cursing the enemies. A team of four will progress at speeds much faster than any solo player ever could.

To put this in perspective, in the Turmoil Hardcore race the top team consisted of three streamers—Zizaran, Nugiyen, and Havoc—as well as a fourth person who didn’t steam. At the end of day one, Nugiyen and Havoc both died, in positions two and three on the ladder, at level 88. At the end of day two, they had shot past all the other racers, and were at positions one and two. This is because they didn’t stop, kept playing, and, of course, had a great team to help them on the way. 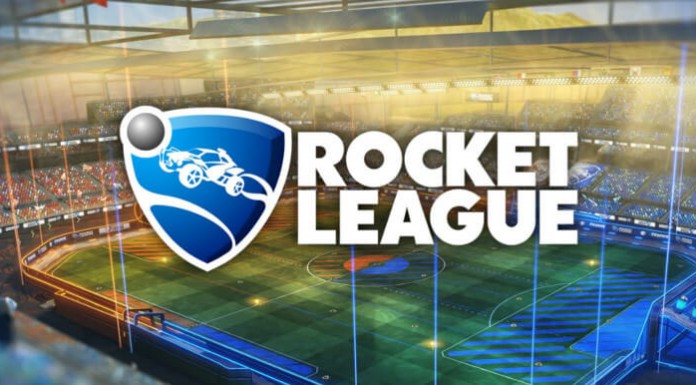 In Mayhem Hardcore, the top team had four players, including Steelmage and GucciPrada. They hit level 100 after a few days, and proceeded to level up second characters to 100. Only 19 characters hit level 100, and these guys were able to do it twice due to having a great team.

If you’re going to compete in a league where teaming up is allowed, you should know that it’s going to be much more difficult. If this doesn’t interest you, and you don’t want to play against teams, I recommend giving Solo Self-Found a shot.

3. Slow and steady wins the race

This rule is for solo players specifically in hardcore, like myself. While I was competing, I watched the leaderboards like a hawk. There were often players who were making more experience than me per hour, and who sometimes even passed me. But I didn’t panic or try and farm more difficult content. I stayed in areas where I was confident that I wouldn’t die. Every single player who gunned past me ended up dying, and slowly but surely, I made my way up the ladder.

Obviously, slow is relative here, since I was moving quite quickly. For example, I was farming about 40 million experience an hour, while players doing much harder content were earning about 50 – 60 million experience in that time. It wasn’t worth the risk to farm a bit faster, which became evident in their deaths.

If you want to go for a Demi, you have to acknowledge right off the bat that money isn’t important. Whether your race is voided or not, spend everything you have on faster progression. When I finally died at level 94 in Mayhem, I made a new character. I had built up 800 Chaos Orbs at this point, and I bought the best items on the market in order to gear myself up. I bought a single ring for 200 Chaos Orbs, and it made things mildly easier.

Once I had geared up my new character, I dumped the entirety of the remaining chaos into maps. Mapping can be very unforgiving, and on a first character you’ll definitely spend most of your time stuck on early maps. If you have the in-game currency to bypass this at all, you should use it. My first character took six days to level to 94. My second character took two and a half days to hit 93, and that’s mostly because of the currency I was willing to put in.

5. Embrace the “one more map” mindset

Running maps all day is boring. Not everyone can be like Ziziran and play for 16 hours a day every day. After three or four days of playing Path of Exile for 16+ hours a day, I was bored out of my mind. It didn’t help that my buddies had died and quit the league.

If you’re serious about winning a race in Path of Exile, you need to get into the mindset of playing just “one more map.” And after you finish it, run one more map. Set up a movie or a music playlist that gets you into the groove, and just keep going. Make it second nature to open the next map as soon as you exit, so that you have to keep grinding.

That being said, it’s important to stay healthy and sane, and 16+ hour days are not healthy. After four or five days of living and breathing Path of Exile, my body was screaming for rest, and my hands had cramped up. At this point, I took a day off and gave myself a break from the grind.

It’s worth mentioning how important sleep is. You make better decisions when you’re well-rested. If you don’t get enough sleep while you’re competing in a Path of Exile race, you will make a sloppy mistake and die.

During long grinding sessions, make sure you step away from the computer every couple hours. Spend 30 minutes doing something that doesn’t involve looking at a screen. Take a walk, run some errands, or cook a meal.

It’s not the end of the world if you die or don’t get a Demi. I died twice in the Turmoil race. The second time was extremely disappointing because I was in the top five for my class at the time, and this was the first race I had ever tried to win. Both of the times I died involved older mechanics, but I learned from my mistakes.

In Mayhem, I made a stupid decision on day six and died, but made another character immediately and kept pushing. I was in second place for my class when this happened.

Was it tough to start over? Sure. It would have been easy to just mope around. But I decided to be proactive and keep pushing, and I was lucky enough to finish fifth in the class I had died on, and made top five for the new class.

Everyone’s Path of Exile racing experience is different, but if you do your research, stay patient, and don’t do anything too risky, you can win a Demi of your own. If I can do it, so can you. 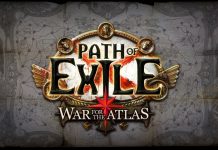