Carl de Visser is a Producer and Game Designer at Grinding Gear Games, and he took some time out of their busy War for the Atlas launch schedule to chat with Esports Edition about Path of Exile’s newest expansion, balance decisions, and the future of the game.

Carl de Visser (CdV): I am Carl de Visser, Producer and Game Designer at Grinding Gear Games. I am producing the War for the Atlas expansion and 3.1.0.

Stephen Draper (EE): Which is your favorite of the new skill gems, and why?

CdV: I am interested in playing a character that makes use of the Ancestral Call Support. I am not sure what the exact build will be yet, but I think it will give some pretty interesting options for melee characters.

From a design sense I like the simplicity of Unearth. I like simple game elements that get to become involved in complicated game interactions and I think Unearth will get to be used in some interesting setups.

Rory has led the design of these skills and supports. He has worked closely with the gameplay programmers and balance team to put together a great set of new tools for our players.

EE: Looking at the new Atlas, it appears that you’ve moved many of the popular shaping targets up five tiers. For example, Racecourse, Strand, and Spider Forest all moved from tier six to tier eleven. What was the idea behind this?

CdV: The expansion gives us a perfect time to move around maps and redesign the Atlas. It is also worth noting that a lot of the layouts and densities have been changed, so not all of the maps can be judged on what they were like before.

The core element of tier choices for map placement was based on boss difficulty.

The maps you mentioned were all popular of course, so hopefully players appreciate having them as high level options, while also being able to select other maps as shaping targets and making them high level as well!

EE: Harbinger had a push towards group play due to the success of Beachhead in terms of experience gain. Will Abyss have any such push towards partying up?

CdV: The Abyss end game experience is a random event, rather than a crafted map. In Abyss, you randomly encounter the final objectives, rather than being able to store them up.

We do always try make all content work well both solo and partied.

EE: Sometimes it feels like Breach was too successful, in that each league since then has been trying to reclaim that glory without falling subject to power creep. What would you say to that statement?

CdV: I am not sure I believe in the idea of something successful ever being a bad thing. I am glad you enjoyed Breach so much, it had a lot of things that came together very well and made for a very satisfying experience. We have discussed in-depth in the office the elements that made it work, and how they fit together, and it influences future designs.

We do want all the leagues to be different. While Abyss has some similarities to Breach, it is its own thing, and I think players will enjoy it a great deal!

EE: These last two leagues were both longer than the typical three months, with Legacy being five and Harbinger being four months long. Is this something you expect to continue moving forward, or is the intent to get back on a three month schedule, expansions allowing?

CdV: The Fall of Oriath was a huge undertaking, and then we chose to sneak another expansion in afterwards! We were forced to extend the leagues to make the calendar for the year work. Next year we will be returning to three month leagues! 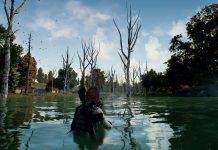