General Stephen Draper -
-6.8k
Path of Exile Shaping Before you start shaping your Path of Exile Atlas, we suggest you read our introduction to the Atlas. Once you have...
(Photo by Esports Edition.)

It’s winter now, but memories of a hot summer day come back to me. I sit in my room, playing games with some buddies. The thermostat on my wall reads 30 degrees. (That’s 86 degrees Fahrenheit.) I look at the fan behind me. It’s turned off. I stare at it longingly, wishing I could turn it on. But it blows into my microphone, and this means my friends can’t hear me. I turn back to the game. An enemy squad ambushes us. My teammates go down. It’s all up to me. I take careful aim. Just before I shoot, a bead of sweat rolls down my arm. Startled, my arm jolts and I fire way over my enemy’s head. I’m immediately gunned down. I want to cry, but my eyes already sting from the sweat that’s rolling into them.

Truly, the modern gamer’s life is one of untold suffering and pain.

Whether it’s a fan or music or your parents or roommates, we’ve all had times where we have to mute ourselves in the middle of an important game. Or we’ve had to refrain from turning on a fan because it blows into the microphone. Like any true artist, we make sacrifices for our art.

The only thing worse than being forced to mute yourself, is your buddy suddenly muting himself. Or playing muted the whole time. I can’t tell you how many times I’ve played with people who can’t talk because they have company over. Or they don’t want to wake their family. Or whatever reason. It’s a pain, and I might as well be playing with a random stranger at that point.

Computers can put off a lot of heat. As someone with the above mentioned fan problems, they can put off a LOT of heat. But it’s not like we can just turn them off. That sort of blasphemy isn’t tolerated around here. So we shed layers and bask in the glory that radiates from our wonderous machines. My own PC can heat my room in the dead of winter even with the five fans built into it. And that’s a Canadian winter we’re talking!

Laptops can be even worse. I had burns down my legs for several years from an overheating laptop. One of my buddies accidentally killed a friend’s fish with the heat from his laptop. He gamed for hours in front of the tank, and accidentally boiled the fish to death. What a horrible way to go. And he felt terrible about it. But the machines we use just generate that much heat.

Time zones are the bane of many online gamers, especially if you’re in a guild. I can’t tell you how many nights I’ve stayed up until 4 or 5 in the morning just because a buddy on the West Coast wanted to game late. When I hosted raids for a guild back in high school, our raids started at 2am my time. It wasn’t too early for people on the West Coast, and wasn’t too late for people in England or Lebanon. Trying to remember what time it is for everyone is hard enough. Planning for all twenty of them all to be online together? Bloody impossible.

Even in games without raids, time zones can be a massive issue. Trying to coordinate with people more than an hour or two off of your own time zone is difficult. You have to juggle work, meals, and sleep. And they all tend to overlap. Unless there’s one person who’s willing to adjust their schedule for the benefit of the group, gaming time ends up becoming a spare hour here and there. These days, you can rarely have all day gaming sessions, even on days off. I miss staying up until 8am with buddies around the globe.

Growing up sucks, and so do time zones.

Parents Don’t Get It

Anyone who has ever played an online game at home knows this pain.

“Give me five minutes, mom!”

Dammit, mom, I can’t just get up and walk away! Online games can’t be paused! Parents don’t understand. They’ll call you for small tasks and get upset if you postpone a few minutes. For the generation that taught us interrupting was rude, they sure don’t get it.

I used to imagine showing up at my parents workplace and urgently asking them mundane questions, just to see how they liked being torn away from something that can’t just be ‘paused.’

But Have No Fear…

Being a modern gamer is tough. From long queues to stale chips, we truly have faced the worst of humanity. But we’ll get through it, together.

No longer will we struggle to open jars of sauce. No more will the light of day burn our retinas. And maybe one day, we won’t even have to pause the game for our parents. We’re evolving. Better. Stronger. Faster.

The six million dollar PC has become a reality, and we’re in control. 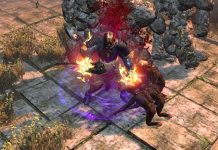