Reviews Elizabeth DiCesare -
-314
ROCCAT Vulcan 120 AIMO Are you in the market for a new gaming keyboard? If so, I recommend checking out the ROCCAT Vulcan 120...
Now this is a REAL throwback.

Inferno’s out of the Active Duty map pool. Gone, just like that. Replaced by a newer, shinier, FPS-draining overhaul of another classic Counter-Strike map, Nuke. I’m not mad that my terrible computer can barely run it. Nope. Not at all.

Just kidding, it sucks that I get 50 FPS when I try to play Outside.

I’m going to miss Inferno for a lot of reasons. It was an incredible map at the professional level of play. It was a great map for PUGs and Matchmaking.

I’ll always remember Vincent “Happy” Cervoni’s bold assertion at MLG X-Games Aspen that his team, then known as Team LDLC.com, were “the best Inferno team in the world” before narrowly losing the map in their semifinal series against the former Dignitas roster.

I’ll always remember his Deagle ace against TSM as the Danish squad tried to force their way on to the B bombsite, one of the most memorable plays in CS:GO history. Here it is. Again. In case you’ve been living under a rock.

Actually, lots of my memories about Inferno involve the French–understandable, given that the map has always been played and practiced quite heavily in the French scene.

I’ll always remember my teammates in Matchmaking forgetting to hold Arch side on A and letting me get flanked on B.*

*Sidenote: how hard is it to hold Arch? Why would you not call that you’re not watching Arch side? Oh, you gave it up because you keep dying there? Bummer, try putting other people on Arch next time we buy instead of LETTING ME GET FLANKED ON B SITE THROUGH CT SPAWN AND LOSING US THE ROUND.

I’ll always remember the moment when I realized that New Box isn’t new anymore, it’s actually been there for a while.

I’ll always remember when they added an actual boiler to Boiler.

I’ll always remember the greatest PUG strat ever invented, and all of the eco rounds I won because of it.

I’ll always remember bouncing a pop-flash over Top Mid, triple nade-stacking Bottom Mid, and usually getting a frag out of it.

I’ll always remember when iBUYPOWER couldn’t deal with the fact that flusha was hiding in Second Oranges in their match against Fnatic at EMS One 2014, and I’ll always remember that this tournament let fans listen to team comms. Which gave us beautiful moments like this. (Action starts just after the minute mark.)

And I’ll always remember my first ace in CS:GO. It was on Inferno. I was a Terrorist, trapped in Mexico in a 1 v 5. The CTs were already pushing down Mid and Banana–I was a dead man. One CT jumped into Mexico from Alt Mid. I panicked, spraying my budget assault rifle at the laughably visible dark blue uniform. I survived with full HP. Another one drops into Mexico, this time from the Mid entrance. This one manages to tag me up a little, but I’m not ready to die yet–I panic-spray at him, leaving a single bullet in my magazine. (That last detail is important.) I crawled through Mexico to Mid–I wanted to see the sun one last time before I died.

But it was not my time to die. Not yet. I made it out of Mexico on my hands and knees, dragging myself behind that terrible metal bulletsponge of a lamppost at Bottom Mid for cover. 1 v 3. Two CTs start running down Mid. I peek out from behind the lamppost, confident that my Galil panic spray will surely be enough to take out these two scrubs. One bullet comes out, dinking one of the two elite Counter-Terrorist operatives.

That was when I really panicked. That was also when I made the first good decision in my career as a Counter-Strike player: I quickly pulled out my Glock, and started spamming that truly awful pistol as fast as I could. One CT falls–he must’ve been the one I dinked with the Galil. The other CT is just as bad at the game as I am, and runs out of ammo while I’m retreating down T Stairs. I hear him reloading, and return to Mid with 10 bullets in the magazine of my Glock. Time to spam the pistol again. Some sort of guardian Gaben must’ve been watching over my shoulder that game, because out of the ten bullets I shot, I hit two lucky dinks. I was left in a 1 v 1. I’m sitting on T Stairs, and I hear the last Counter-Terrorist running down Banana. He immediately runs around the corner to Bottom Mid, not even casting a cursory look towards the haybales–this is where I’ve decided I’ll wait until my heart stops beating so fast and I can try to clutch the round.

But now, I walk up the stairs, knife out, ready to turn the corner towards Bottom Mid and stab him in the back to add an extra sting of humiliation to my sick 1 v 5 ace. Yes, this ace will surely be watched by millions on YouTube in the days to come, I think to myself.

My teammate yells “JUST SHOOT HIM,” so I take out my Galil, quickly peek Bottom Mid, line up the unsuspecting and press Mouse 1.

But all I heard was a hollow clicking sound. I had forgotten to reload. I tap R as fast as my tiny hands can manage. I realize I am an idiot. I start jumping–just up and down, not in the direction of anything like, say, cover–and he starts shooting. And he starts whiffing. And whiffing. As the reload animation on the Galil continues, I’m running backwards down T Stairs, pursued by the last remaining Counter-Terrorist. I’ll never forget the moment when I finished reloading my rifle, and the CT realizes that he, too, sucks at aiming and is now in the same situation as I was about 5 seconds ago. He tries to pull out his USP-S. I’m fully sprinting up T Stairs, holding down Mouse 1, praying that my luck won’t run out. One of the 35 bullets in my Galil has to land. Right? 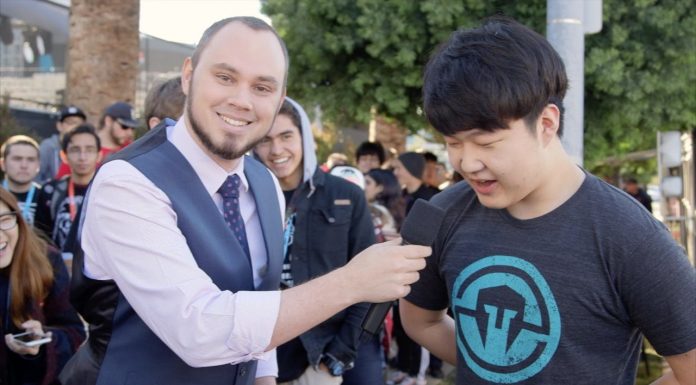 The shots landed. Or, at least, enough of them did. My hands were shaking–they didn’t go back to normal until the game was over. I had started sweating. My eyes were bulging out of my skull. Adrenaline was coursing through my veins.

Did I just do that? Me? Is this what it always feels like? I think I get it now.

I pressed V and stuttered something about how that was “the coolest thing I’ve ever done.” One of my teammates called me a total virgin. Another one told me that I must have a pretty boring life–which is not true, by the way, I’m super interesting. 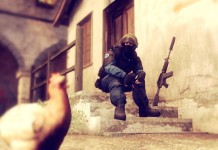