Reviews Elizabeth DiCesare -
-314
ROCCAT Vulcan 120 AIMO Are you in the market for a new gaming keyboard? If so, I recommend checking out the ROCCAT Vulcan 120...
Your assignment is simple: die a glorious, selfless death. But make it look like you're at least sort of trying.

Gather close, gentle readers. Today, I’m going to share something very special to me with all of you. No, it’s not a sandwich. It’s the best PUG strat ever invented–I mean that in all seriousness–and it’s snagged me more eco wins on Inferno than I care to count. If the chance presents itself, I will always use this strat. Even if it doesn’t work, it’s always worth a good laugh.

Here’s what needs to happen before you give this winner of an eco strat a shot: 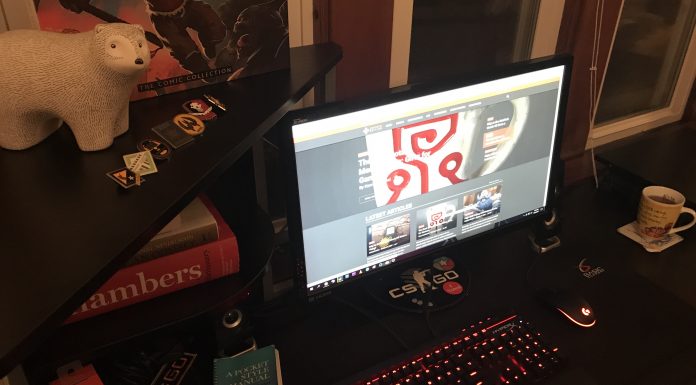 Alright, you lost pistol round. It sucks. I know. Get over it, though, because you’re about to bounce right back (probably). Here’s a pitch to my team if I want to give this a shot:

“Hey, you guys want to try something cool?”

Even if there’s no response from your team, you’ve got 15 seconds to convince them to go along with your harebrained scheme, so you gotta keep going, and you have to keep it simple:

“Alright, everyone go B. Me and ([name of person I queued with]/”one other person”) are going to run down Banana and die. Everyone else–buy armor and a pistol, and hide in the back of B. They’re going to walk into the stack and…”

Your 15 seconds have probably run out by this point, but that’s all they need to know. You can explain the finer points to them as the round plays out. If you’re hesitant to assume the role of leader, don’t stress too hard: I’ve called this strat with random people in solo-queue MM and CEVO, and only person has ever refused to go along with it (I think they had voice chat disabled). I think this has something to do with the fact that they aren’t the ones who are dying, they’re usually game to give it a shot.

Like I said, you’ve gotta be a little bit selfless with this one.

Phase One: Don’t Fear The Reaper

Just like you announced to your teammates, you and your courageous Counter-Terrorist pal are going to “run down Banana and die.” That’s literally all you have to do. I mean, take a few potshots at the enemy, and it’s not a bad idea to tag them up, but the strat works best when you die without killing any Terrorists.

Part of what makes this strat successful is PUG mentality: on Inferno, attacking Banana as a Terrorist is the easy way to take a 1 v 1 aim duel. Even at lower ranks, there’s always at least two players on the Terrorist side who make it their sworn duty to try and get a pick at Banana every gun round.

Now that you and your dear friend have been shredded to pieces by a horde of Terrorists stampeding up Banana spamming their Mac-10s, what’s next?

Phase Two: Meanwhile, Back at the Bombsite

If you’re the chatty type, you can explain the ideal positioning to your teammates while you’re en route to your certain death. Here’s how the remaining members of your team should arrange themselves in the B bombsite–it’s not a huge deal if they choose different hiding spots (such as Spools or First Oranges), but playing this round from these positions will establish an incedibly effective pistol crossfire.

Phase Three: The Master of the Bait

I mentioned this earlier, but it’s worth repeating: this strat works in MM/CEVO, even against players who might be better aimers or more experienced, because of “PUG psychology.” Nobody expects this level of organization from random players, and fair enough. Furthermore, getting two quick immediate picks on B as a Terrorist means that you should, in 99% of cases, take the bombsite. In some cases, this is even more true in the second round, when it’s common for the CT side to make a pistol/armor buy and use a standard 2 B, 3 A defensive setup.

Here’s how the round usually plays out after you and your pal have laid down your lives for the cause:

You have to be fast and accurate after you’ve revealed yourself, but it’s incredibly easy to win with pistols and armor against a squad of clueless Terrorists with their back turned.

Woah, take it easy. Guess what? If they go A–even after the bait has died in Banana–then your teammates can just try to save their armor and pistols for the next round. Trying to retake A in a 3 v 5 is a fool’s errand anyways, and by saving your equipment you’re going into the third round with a fighting chance.

I swear, there’s like zero downsides to this strat. Here are some ‘pro tips’ I’ve picked up over time.

Did you use this strat in a game? How’d it go? Send a demo file or video of you using this in MM to joshua@esportsedition.com and we’ll feature it in on our website! ThinkI’m an idiot? Shoot me an e-mail or let me know on Twitter! 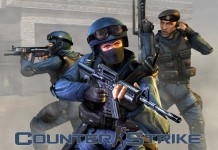