General Stephen Draper -
-6.8k
Path of Exile Shaping Before you start shaping your Path of Exile Atlas, we suggest you read our introduction to the Atlas. Once you have...
Please light a ceremonial [*] for Inferno.

Valve’s obligatory post-Major update has finally shipped, and it’s a big one–Nuke is being added to the Active Duty map pool while Inferno is unceremoniously moved to the Reserves pool while it receives an aesthetic overhaul. Valve have also launched a new experimental feature for the game’s Matchmaking service: a ‘Prime’ queue that users can opt-in to after they connect their phone numbers to their Steam accounts.

Inferno Out, Nuke In

Well, folks, it finally happened–Inferno has officially been taken out of the Active Duty map pool. What does this change actually mean? Here’s a rundown:

Inferno is way cooler than dust2. But that could be my opinion only. What you guys think?

Esports Edition is going to be spending some quality time with Newke in the next couple days, so look forward to reading a collection of strats, tips and tricks, useless wallbangs, and questionable boosts in about a week or so.

While the Inferno/Newke switcharoo has massive ramifications for play at the professional level, the update also shipped with a massive quality of life feature ‘experiment,’ known as Prime Matchmaking, designed to cut down on the number of cheaters and smurfs in the game’s official MM service.

The idea for Prime Matchmaking is simple, and, admittedly, brilliant: connect your phone number to your Steam account, and you’ll be matched with other people who have done the same. A phone number can only be connected to one Steam account–if you want to change which account your number is registered to, you’ll have to wait six months to do so. In exchange for linking your phone number and participating in Prime, Valve will put you into games with other people who have Prime enabled. There will, hopefully, be less cheaters in the Prime queue, especially since Valve has included some stipulations about what constitutes an eligible phone number. Here’s how the system works, in Valve’s words:

While this update doesn’t include any gameplay adjustments, the changes to the Matchmaking services are going to have a huge impact on the way that newer players are introduced to the game. I’ll save my personal opinions on the Newke/Inferno situation for another article–there’s a lot to talk about. For now, get out there and sign up for Prime Matchmaking.

Previous articleA Eulogy for Inferno, a Truly Great Map (2012 – 2016)
Next articleStop Avoiding Operation Wildfire: It Will Make You Better 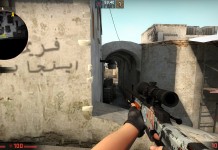