Four months after Grinding Gear Games shipped Patch 3.0 and the Fall of Oriath expansion, the dev team has announced that there’s another Path of Exile expansion in the works. War for the Atlas will launch on December 8th, the same day Patch 3.1 is scheduled to go live. The Fall of Oriath expansion was huge, adding five entirely new acts to the game, but the upcoming expansion is focused almost entirely on improving the quantity, quality, and variety of endgame content.

Based off of the steady trickle of information from Grinding Gear Games about War for the Atlas since it was announced, it’s clear that the expansion is being designed with the wants and needs of “hardcore” Path of Exile players in mind.

New Maps in War for the Atlas

War for the Atlas will add 32 new maps. For the uninitiated, “maps” are endgame content—you can’t access the “Atlas” of maps until you’ve finished the game. Grinding Gear Games is also making some adjustments to the Atlas in the new expansion. Several maps are going to be moved around slightly, and the rarities of other maps have been tweaked as well. For example, Graveyard and Dungeon will be tier one maps in War for the Atlas, instead of their current status as tier four maps. Beach and Desert will swap rarity values—Beach will be a tier one map, and Desert will be a tier two map.

The 32 new maps slated for inclusion in War for the Atlas brings the total map count up to 158. As long as the current systems remain unchanged, this means it will be much easier to sustain high tier maps.

Previously, the Shaper was Path of Exile’s “final” boss, but War for the Atlas adds a new endgame opponent for players to challenge: the Elder. If you’re wondering where the inspiration for the expansion’s name comes from, Grinding Gear Games is introducing a new mechanic to the Atlas—over time, the Atlas will fill with “influence” from both the Shaper and the Elder. Killing monsters in a map controlled by one of these bosses will cause the other to gain influence.

In other words, if you want the Elder to take over a certain map, you will have to fight your way through maps controlled by the Shaper until the Elder has enough influence to claim it. Both characters will make surprise appearances in the new maps—for example, players will have to deal with Shaper balls following them around while they’re taking out mobs.

Once you reach the end of an Elder-controlled map, there’s a chance that the Elder will intervene and replace the regular map boss with one of his four guardians. And if you make it to an Elder-controlled tier 16 map, you’ll be forced to fight Elder guardians. It’s still not clear how players will actually get to the final boss battle with the Elder, but it’s likely that beating his guardians will play a part in reaching that content.

Elder and Shaper Items in War for the Atlas

When you’re playing through a map on the Atlas, regardless of who controls it, there’s a chance for “special” rares to drop. The drop rate for these items is extremely low, but that’s not all that makes them special. These new items have powerful modifiers, with effects that range from stat increases to modifiers that behave like support gems.

For example, you might get an item with a modifier that reads: “Socketed gems are supported by level 18 Blind.” It’s possible for these items to include multiple modifiers, which means you might end up with five, six, or even seven links in your helm, gloves, and boots. For chests and weapons, you could be looking at up to nine links.

According to the most recent Baeclast, the new items will be craftable as well. If you’re able to find a Shaper or Elder item, you can use Chaos Orbs on it until you get the modifiers you want.

New Gems in War for the Atlas

If that wasn’t enough, Grinding Gear Games is also adding ten new skill gems in War for the Atlas. Four of these gems are actives, and six of them are support gems. The dev team has released details about the four new active skill gems and all but two of the support gems.

All four of the new active gems are based around the theme of necromancy: Unearth, Bodyswap, Volatile Dead, and Cremation.

Unearth shoots out a projectile that creates an archer corpse where it lands. Bodyswap is a skill that allows your character to immediately swap locations with a corpse. Volatile Dead makes a corpse explode, dealing damage and creating an orb that targets enemies. Cremation also makes a corpse explode, and it turns into a geyser that deals damage to nearby enemies.

In other words, corpses. Lots of corpses.

Cremation and Volatile Dead look like the strongest skills, and both of these have strong synergy with Unearth. Bodyswap, on the other hand, looks pretty terrible.

Six new support gems will be added in War for the Atlas, but we only have information about four of them: Storm Barrier, Volley, Spell Cascade, and Ancestral Call.

Storm Barrier increases your defense while you’re channeling the spell it’s attached to. Volley adds two additional projectiles to projectile skills. Spell Cascade makes your spells repeat in front and behind the location you target – it only works with some spells, and we’re not sure what the restrictions are yet. Ancestral Call causes single target melee attacks to also hit nearby enemies.

Storm Barrier looks disappointing. Volley could be decent with certain skills, but it’s a very niche support gem since Greater Multiple Projectiles does the same thing. Spell Cascade has a lot of potential, but it all depends on which skills you can use it with. Ancestral Call seems like a solid support gem if you want to use skills like Frost Blades to clear maps.

We’ll take a look at the last two support gems once Grinding Gear Games reveals them. For now, it’s time to stock up on snacks and get ready for December 8th.

Stay tuned for more War for the Atlas coverage! 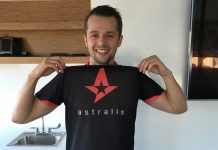