General Stephen Draper -
-6.8k
Path of Exile Shaping Before you start shaping your Path of Exile Atlas, we suggest you read our introduction to the Atlas. Once you have...
Image via Riot Games.

Our Favourite League of Legends Skins

Have you ever thought about the best skins to best use on your champion when hitting the Rift? Luckily I am here to provide you with answers… sort of. While I cannot actually provide what I think is the best skin for each champion, here is a short list of skins you should definitely try out, in no particular order.

Elementalist Lux is Lux’s ultimate skin, and it’s obvious that the skins team really went all-out in terms of design. Lux starts out as a “base” Elementalist Lux, and you gain access to ten other Lux forms as the game progresses. You could also mix and match forms to get access to second-tier forms! Her abilities also change color depending on what form Elementalist Lux is currently in.

Elementalist Lux is always available, and is worth 3250 Riot Points.

There’s no way around it, the entirety of the K/DA lineup brings a whole new level of creativity in the approach to skins in League of Legends. Revealed at the World Championship Final Opening Ceremony in 2018, everyone who watched it was surprised to see the skins actually perform an original song—Pop/Stars. The song was performed by Soyeon and Miyeon from (G)I-dle, Madison Beer, and Jaira Burns. Ahri, Kai’sa, Evelynn, and Akali are all seen to have some K-Pop girl group visuals, and their recall animations feature some of the dances that they perform in Pop/Stars.

All of the base skins also have a prestige edition version, which heavily feature gold and white accents, as opposed to the original skin line’s blue and purple thematic.

The True Damage skin line follows in the footsteps of the K/DA one. We find ourselves with another musical group-themed skin, but this time the skins have more of a hip-hop and/or rap vibe. Their song, Giants, was performed in the World Championship Final Opening Ceremony in 2019, featuring artists Thutmose, Becky G, Keke Palmer, Soyeon of G-IDLE, and Duckwrth. The skins give Ekko, Akali, Senna, and Qiyana some hip-hop inspired textures in their abilities, and their recall animations also feature parts of the Giants song.

So far, only Qiyana and Senna have a prestige edition version of their True Damage skins, but with Riot Games’ partnership with Louis Vuitton, this may change in the future.

Hextech Swain was a recent addition in the Gemstone-unlockable skins through crafting. While he does don the usual gold, blue, and purple that the skin line usually has, he is not shown to be fully robotic, like a lot of the skins in this particular line are. His abilities are also a bit altered, showing more of the blue and purple in the skin line. He transforms into some mecha-like being with wings when his ultimate is activated.

You can unlock Hextech Swain with 10 Gemstones in the Crafting menu.

Project: Vayne is a futuristic take on Vayne. The skin line is set in an alternate dystopian future, and of course features more cyberpunk features for the champion. Vayne’s kit does not really allow for particularly flashy textures in the skin, but she does get a motorcycle. In this skin she sports more of a purple and indigo color scheme. Does the motorcycle make Project: Vayne worth it? Absolutely.

Project Vayne is worth 1820 Riot Points.

The Star Guardian skins took inspiration from magical girl anime such as Sailor Moon, and for Star Guardian Jinx, they were able to combine Jinx’s crazy personality and the Star Guardian motif. While they did give her a sailor uniform, she still retained her love for causing chaos. In addition, her having Shiro and Kuro as her familiars that she interacts with are wonderful additions to Star Guardian Jinx. She mostly sports the color red both seen in her hair and her abilities. Don’t miss the possibility to blow enemies up with some extra sparkles. 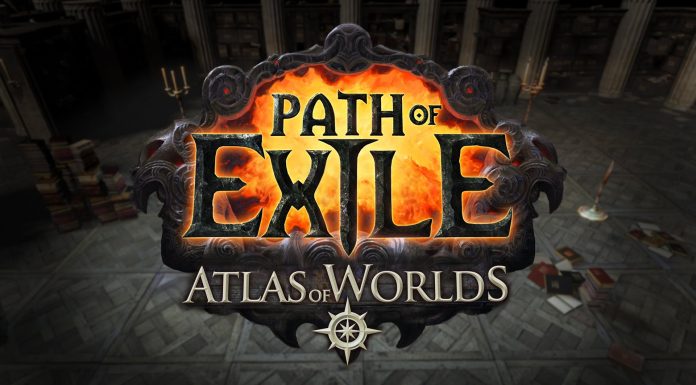 Lunar Wraith Caitlyn is a Lunar New Year skin, which means that it is only available for the duration of every Lunar New Year event. This skin in particular is great as her auto-attacks feature a bluish color and has a different sound effect. Her headshots are also very easy to hear in this skin. Her Yordle Snap Traps in this skin also look great.

Snowmerdinger is exactly what it sounds like— Heimerdinger but a snowman. It’s a pretty old Heimerdinger Snowdown skin, but it still never fails to deliver. His autoattacks are now small candy canes, and his abilities are Christmas-themed as well. His upgraded turret has a chimney on it! It’s really adorable and makes me feel a bit festive.

Snowmerdinger is only available during the Snowdown event, and is worth 975 Riot Points.

Birdio is one of the best April Fools’ skins, and it delivers— Galio, our friendly gargoyle, is now some sort of fried chicken mascot. Galio’s wings are a bit more golden, and he squawks now every so often. If you make him dance, he will do the chicken dance! Also, his recall animation features him frying some chickens.

Birdio is always available and is worth 975 Riot Points.

Remember everything you know about Jhin being a self-absorbed murderer who sees himself as an artist. Now picture him as a cosmic being while retaining his personality. Dark Cosmic Jhin gives the champion a more purple and indigo color scheme, while also incorporating some constellations into the skin. His ultimate also shows what seems to be a combination of an aurora, constellations, and a black hole. The skin is mostly a perfect execution of the fusion between the skin concept and the champion’s personality. Be sure to try it out!

Dark Cosmic Jhin is always available and is worth 1820 Riot Points.

These are some of the great skins we have taken note of, and be sure to look out for them. If one of your favorite skins did not make it to this list, be sure to tell us about them! See you on the Rift, hopefully rocking it with some style!

Previous articleJungle Pool Expanded for 2020
Next articleSett, The Boss, Punches Onto the Rift