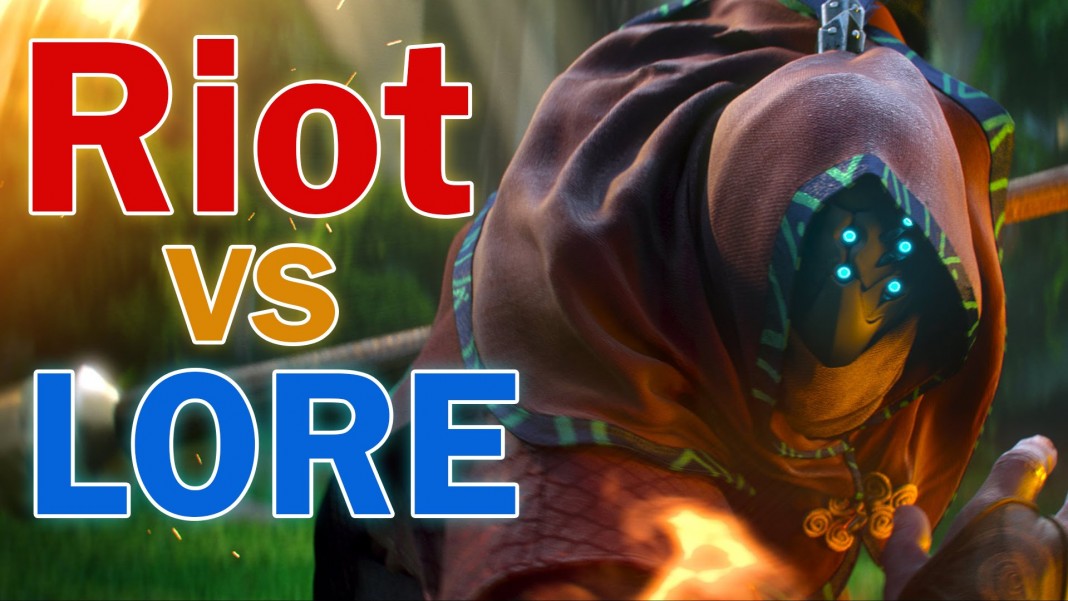 MOBAs as a genre don’t really need a backstory to function. The basic gameplay revolves around characters that fight with no narrative needed. Riot has a problem. They wants to create compelling stories for League of Legend’s characters, but creating a competitive structure is getting in the way. Since Riot has a monopoly on the game’s market, it can choose to do whatever it wants. Riot started off as a small company that could have had no idea it would one day run the world’s most successful computer game. The back story behind the game has taken a second seat to eSports, becoming more insignificant with each passing patch.

My favorite champion in the game is Rammus. The only thing he says is “Okay” and his backstory is mostly irrelevant to his character’s identity. What do I mean by that? I mean that Rammus is just a big armadillo who curls up into a ball and hits things. Other champions in the game require more explanation as to why they are fighting together. Not everyone can just use “magic did it” as an excuse.

Right now, Riot has been keeping a lid on what exactly the “League of Legends” is. When the game was first created, and up until a few years ago, The League was a place in Runeterra where countries could use champions to fight and settle disputes. The champions were then built around that concept, like Swain being the ruler of Noxus, or Garen being the heart of Demacia. As time got on, the countries seemed to disappear as the champions got larger in scope. Bard is a celestial entity and Kindred is the embodiment of death.

Now, we aren’t exactly sure what the League is. In September 2014, Riot felt that they didn’t want to be constrained by the story they created in the first few years of the company, so it was scrapped. Originally, the player was a “summoner” who controlled the champion, some willing, some forced against their will.   Most champions from the first few years of the game have a backstory that ties into the League, Fiddlesticks and Lee Sin used to be “summoners” but are now stuck in a lore limbo.

It’s now been almost a year and a half since then, and what have we got to show for it? Well, Riot has given us one major event, Bilgewater: Burning Tides. Over the summer, Riot embarked on a journey to a docking town, where pirates run amok. In Bilgewater, a four part story was released where players could complete quests to earn icons. The third part ended with Gangplank, a champion who had gotten a rework at the start of the event, “dying” and Miss Fortune taking over his throne.

The problem with this was, since Gangplank was “dead”, he couldn’t be played in solo queue or anywhere else.  When that week’s Challenger Series started, he was enabled. Most of the time, when champions are disabled due to bugs, they can’t be played competitively, even if the bug had been fixed by stage time. This infuriated pros, many saying that it’s unfair to let a champion be played competitively that can’t be practiced against.

Personally, I always loved the lore. The fact that Cho’Gath would eat the world if he wasn’t contained by the League, always made playing him more fun. Here’s Armageddon from the void, being told to eat a furry yordle. Little things, like Thresh and Lucian being mortal enemies, but still laning together added a sense of purpose behind “kill that nexus, get LP.” Riot still has some of the best and original character designs that are going to waste. The paragraph bios that “explain” a champion in the client won’t be enough if the game is to grow.

We still get bits and pieces, like the new champion Jhin killed Shen’s father so he has interactions with Shen and Zed. Riot needs to find a way to balance the backstories of these characters, without affecting League of Legends. First the story hooked me into the game, then the gameplay kept me going, and watching the LCS got me obsessed. Don’t let this beautiful world fall to the way side, Okay? 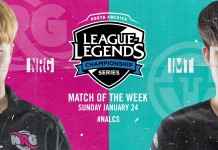