We all play League of Legends to have fun, but sometimes things don’t quite go your way: sometimes you lose a 50-50 smite, sometimes a crucial skill shot misses, sometimes your jungler is on the other side of the map while all five enemies are diving you under your turret. You see yourself playing a bit more recklessly, typing a lot of words in chat, and not doing your very best to get that win. We have all been there, and we have all suffered crushing defeats because of it: this is good old tilt.

The usage of the word tilt in gaming originated as a poker term for a state of mental or emotional confusion or frustration. While tilted, a player adopts less than optimal strategies, usually resulting in the player becoming over-aggressive. In poker, it is important to be able to both place an opponent on tilt, or to overcome it. This is so because frustration, some tension between players, or even bad luck can place a player on tilt. Some people say that this usage of the term “tilt” comes from tilting a pinball machine. Lots of players have attempted to tilt pinball machines due to frustration from seeing the ball fall between the flippers. In response to players doing this, some pinball machines have been developed to flash the word “tilt” and freeze the flippers, causing the player to be unable to send the ball back. Similar to how we have defined it, this illustrates the fact that frustration leads to adopting strategies that would ultimately lose one the game. It’s not that far away from what we know of tilt in League of Legends.

We already know that tilt comes from a frustrating occurrence in game. But how exactly is one supposed to deal with it? How do we become calm and collected tilt-proof masters of League of Legends? 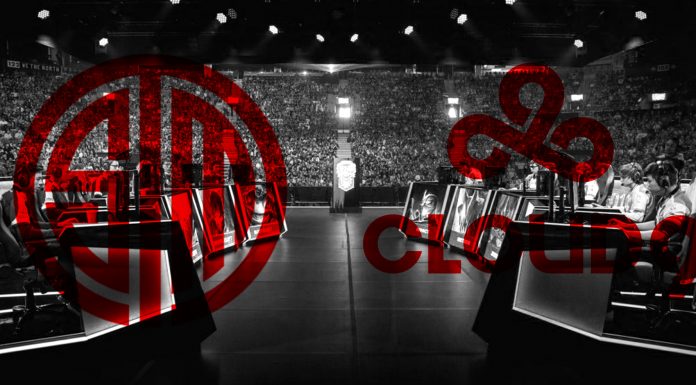 How to Stop Yourself from Tilting

First, of course, is to recognize that you are, in fact, tilted. If a play did not go well, think back on it and recognize who did what wrong. If you messed something up, be ready to apologize and aim to do better. If someone did something wrong, tell them constructively, or don’t say anything at all. For the record, lacing a comment about a botched play with an insult is not constructive. Your teammate probably knows that they did not play that situation out well, so be sure to encourage them and not bring them down further. Many players will become defensive if you make a comment about their play, no matter how nice. Be ready to simply back off entirely.

When it does escalate towards a verbal argument, be sure to not fight fire with fire. If someone is sending insults your way, do not respond in kind. Defend yourself, of course, but neverhurl insults back. It will just make everything worse and will make your team’s atmosphere more negative. A good tip here is to just mute them so that their words would no longer reach you. There is no need to spend your energy into an offensive back-and-forth with anybody, especially if it does the team no good. The better response is always to encourage everybody that games could still be winnable even from an immensely disadvantageous position.

At times, tensions get so high in the game. When you feel like people are getting a bit too passionate and emotional maybe it’s time to pause a bit and take a breath. Take note that I am not a parent asking you to pause an online game, I am asking you to detach yourself a bit from the game, think about the reasons why you are playing, and take a deep breath. Ease the tension from yourself a bit.

Once the game is over, check yourself. Do you still feel angry or frustrated? If you still do not feel like you have shaken off the tilt yet, you may opt to not queue up again yet. Find a relaxing yet enjoyable game, take your mind away from the very frustrating match you just played. Maybe go on social media or chat with a friend. Find some ways to be able to calm down. This is very important because if you just become increasingly frustrated as you play League of Legends, why do you even play it? I understand that people want to prove that they are good at something and want to prove that that thing is League of Legends, but succumbing to the tilt and becoming more and more angry just makes it all worse. You stray farther from your goal of playing well, so why not take a break until you feel better?

With all those tips in front of you, if you recognize that for some reason, you keep on going back to rather aggressive patterns towards other people when you get tilted, you might want to seek some help from a professional about keeping your anger under control. Nothing is wrong with asking for help about issues you find about yourself. Being able to identify what you need to work on and recognizing that you may need some help with some things is a strength in itself!

Remember to be a responsible Summoner on the Rift! Keep a cool head, and the victories will come.

Previous articleSett, The Boss, Punches Onto the Rift
Next articleSeason 10 Preseason is Here! 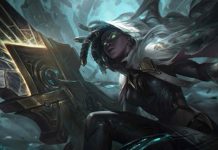