Reviews Elizabeth DiCesare -
-314
ROCCAT Vulcan 120 AIMO Are you in the market for a new gaming keyboard? If so, I recommend checking out the ROCCAT Vulcan 120...
Image via Riot.

As Teamfight Tactics becomes more developed, certain compositions are standing out more clearly. One of the most powerful compositions in the current meta has proven to be Shapeshifters, in their multiple variations. In this TFT Shapeshifter guide we’re going to go over a few of the most popular variants, and how to transition into them nicely.

This section will cover the final composition that you will be aiming for. However, it is important to note that simply having these units in play will not be enough to be successful, and in many cases you will want to keep them on the bench rather than putting them in immediately. Tier two units are almost always stronger than tier one units, and you should treat them as such unless you are getting a significant trait bonus from putting in the lower tier unit. That said, let’s cover some of the final compositions you want to aim for.

This is the easiest composition to go for in terms of complexity, but it requires you to find a Swain. It also has a weaker mid-game than the other variants. That said, because of its simplicity it is a good introduction to Shapeshifters.

As the name implies, with this composition you will simply be aiming to get every single Shapeshifter. You will be aiming for level eight, at which point you will have the six shapeshifters, and ideally guardians with Pantheon and Leona. If you cannot get Pantheon, then put in Aurelian Sol and an eighth unit of your choice (probably Sejuani or someone else with an impactful ultimate). The dragon buff on Shyvana is very important.

For this composition you will aim to have a strong early game by utilizing knights and a carry if you can, although again any tier two unit will be better than having knights or any other synergy early on. You will want to get a tier two Nidalee as fast as possible, as she is an incredibly strong champion early. Make sure you grab at least one Elise as well for your final composition. Ideally, level her up to tier two as well. If you can find them, transition into Shapeshifters by utilizing Nidalee, Elise, and Jayce, then replace Elise with Shyvana when you find her.

You will want to have a carry that you can drop items onto before selling them and transferring the items to Shyvana or Gnar; good item holders include Garen, Kennen, or any other decently strong tier two. Take out the weaker Shapeshifters as you find better ones, and put in more knights and other strong units while you look for the full composition. Try to power-level to level eight so that you can roll for Swain, but if you’re forced to roll earlier make sure you’re at least level seven. Both Gnar and Shyvana will be your main carries here. 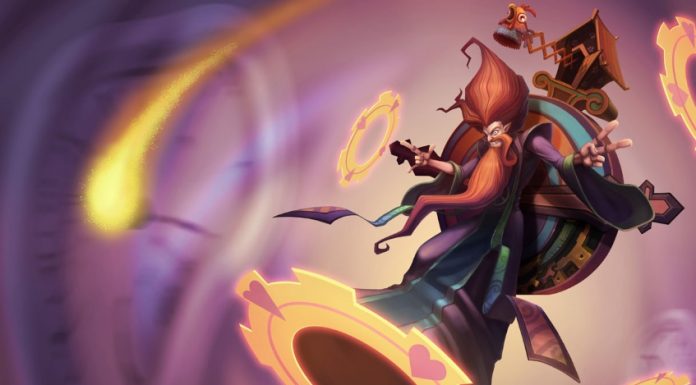 5 Annoying Champions We All Hate Dying To

This composition is similar, but focuses more on supporting units, utilizing only three Shapeshifters. For this one you’ll focus heavily on Shyvana as your main carry. Your final composition will include three shapeshifters, three sorcerers, dragons, and guardians. Because of utilizing multiple synergies, this encompasses eight units. The difference in this composition is that it realizes the strength of Aurelian Sol, and how powerful Sorcerers are. With Shyvana as a frontline and Aurelian Sol shooting from the back, you can crush nearly every composition easily.

The composition path for this is very similar to full Shapeshifters. Use knights and two stars, and once again make sure you grab an early tier two Nidalee. Feel free to progress into Shapeshifters if you find Elise and Jayce, as they are very strong early. If you go this route, put all of the items intended for Shyvana onto Jayce, then swap them over once you have a tier two Shyvana.

This comp focuses more heavily on Shyvana than Gnar, so make sure Shyv gets both of your guardian buffs (although having Gnar get them as well isn’t a bad idea, he’s still very strong). Grabbing mana focused items for Aurelian Sol is not bad either. Once you’ve transitioned into Shyvana and Gnar as your Shapeshifters alongside Nidalee, and put in Aurelian Sol, focus on getting Guardians. If you can’t find Pantheon, having two strong knights (ideally, Sejuani and Poppy) can be better.

Lastly once you’ve level up to level eight, put in two sorcerers for their buff. Morgana is a good choice for one of them as it gives you access to utilizing the Darkkin item, which is very strong. The other is personal preference.

This composition is nearly identical to the one above, with one huge difference. Rather than put in two Sorcerers, you want to put in a Kennen, and a Poppy or Lulu. Kennen is one of the strongest units in the game, and alongside Gnar they make short work of anyone in front of them. If you’re able to find a Yuumi item, add Lulu as your third Yordle, as this is a fairly significant buff, and make Gnar a sorcerer so he transforms faster. If you cannot find a Yuumi item, either put in Poppy or just stick with Lulu and shoot for level nine for the final Sorcerer.

The build path for this composition is identical to the one above, except that you’ll be looking for Kennen fairly early as well, and be putting items on him too.

So what items are good on each champion? Each item set will be listed in order of importance.

For Shyvana there are three items that are ideal: Warmogs, Guardian Angel, and Rageblade.

For Kennen the ideal items are: Morellonomicon, Guardian Angel, and whatever else you’d like.

For Gnar the best items are: Warmogs, Darkkin if you have another Demon, Titanic Hydra if you have Warmogs, Dragon’s Claw, and any on-hit item such as Cursed Blade.

For Aurelian Sol, simply load him up with mana-based items such as Seraph’s, Darkkin if you have another Demon, Ludents, Shiv, etc.

Obviously you’ll need to practice and make sure you know which items are good on which champions, but this is a good baseline.

Shapeshifters is probably my favorite composition in Teamfight Tactics at the moment, and I’m still running it strong in high diamond games.

Hopefully this guide has helped you to understand it better, whether you’re playing it or playing against it. Good luck out there! 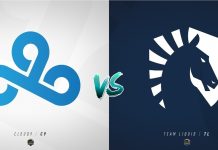