In patch 9.13, Teamfight Tactics was released to the general public across all regions, and shortly after, when patch 9.14 was released, ranked matches of the game mode have been made available as well. Before I could be able to tell you how to climb through the TFT ladder, we still have to talk about what TFT is and cover some of the basics.

What is Teamfight Tactics?

Teamfight Tactics is an eight-person free-for-all auto-battler game mode, taking inspiration from the one from DOTA 2’s launcher, DOTA Auto Chess, as they say in Teamfight Tactics’ introduction page. This is Riot Games’ first venture in an entirely new genre, and they have been very open with the community in communicating the fact that they are building this new game mode with all of us. While the game is still technically in development, it is quite fleshed out for its current state.

In Teamfight Tactics, you get to control one Little Legend: Little Legends are these cute little creatures that you will want to defend with your life. There are six kinds: Featherknights, or the ones that look like penguins; Furyhorns, which look like a miniature and less menacing version of what Ornn summons for his ultimate; Hauntlings, which look like a very small fire; Moledivers, who are moles that have shovels(can’t moles dig already even without shovels?); Runespirits, who somehow manage to manage to make a bunch of rocks look absolutely adorable, and Silverwings, who look like small gryphons but have the most annoying dance sound ever. As a Little Legend, you are stuck on movements and emote spamming. Riot Games made a great decision in introducing these as the player’s avatar: Little Legends take all the damage when you lose a battle, and when their HP is depleted, they die and you’re out of the game. Which means that your desire to defend them with your life will actually motivate you to do your best at your TFT games.

In the beginning and in between stages, you get to go into the carousel round, where you pick one champion with an item. In the first carousel, everyone just goes in at the same time, but in the next carousels, the lowest-placed players get to pick first, and the highest-placed ones get to pick last.
In Teamfight Tactics, one recruits champions primarily by purchasing them from the shop. Purchasing three copies of the same champion creates a two-star version, and three copies of the same two-star champion creates a three-star version of the champion. Each champion has at least two traits and they earn bonuses when deployed with other champions with the same traits. This means that one has to upgrade his/her units and then stack them together with other champions with similar traits. In addition to carousel champions having items equipped to them, minions and monsters that you will encounter may drop some items or gold. Be sure to combine items to power up your units further. 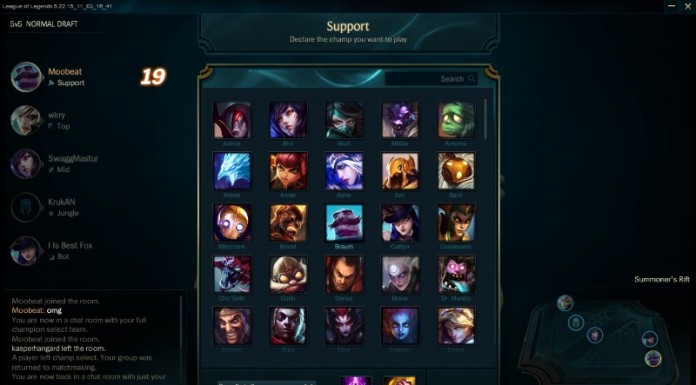 After playing Teamfight Tactics nonstop since its release to the general public, here are some notable things that I have picked up. (Gentle reminder: try some of these at your own risk!)

Tanking early for a Spatula can be worth it. In the earlier stages of a game, since there are fewer units in each player’s board, the damage any player would take would be significantly less if they lose. So if you want a Spatula, which combines to items that imbue traits, or a Runaan’s Hurricane, or Force of Nature (which raises your team character limit by one), you could easily lose around 10-20 HP in order to pick out a champion with a Spatula in the second carousel round. This comes with some risks, however. There is always a chance that a Spatula isn’t one of the items that the champions have in the carousel. Do not do this all the time, as losing HP early could easily snowball into losing the game a bit earlier on.

Cursed Blade is a blessing. (Editor’s note: the writer and I may be having words regarding his Cursed Blade usage). Combine a Negatron Cloak and a Recurve Bow to get a Cursed Blade. This item has a chance to Shrink an opponent, that is, reduce their stars by one. The good thing about this is that this can be used on opponents that have already been shrunk, and can even 1 star units can be shrunk. This means that they can be massively weakened, and can be more easily dealt with.

Do not always overcommit to a team composition early. While it is immensely tempting to complete your team composition a bit early, in many situations it’s better to save your money rather than rerolling needlessly.

Take note of what your opponents are building. This is important as some team compositions handily dispatch others— Demons for example can easily deal with Shapeshifters, who need full mana bars to transform. With this in mind, you should prepare to have some answers later on in the game.

Adjust your positioning. Like in Summoner’s Rift, unit positioning can decide the difference between a lost or won teamfight. While taking note of what team compositions opponents are building and where they are placing their units, you should be able to adjust accordingly as the rounds progress.

Those are just a few pointers, and Teamfight Tactics is still, in a manner of speaking, in its infancy. Speaking of metagames and clear-cut things to go for in a rapidly changing game state (the balance team will be putting out patches once a week, denoted by their number followed by a B) will be very difficult. For now, let’s all just enjoy and try our best to climb through the ladder while having fun. Defend your Little Legends properly!

Previous articleA Beginner’s Guide to Teamfight Tactics
Next articleQiyana: The Empress of the Elements 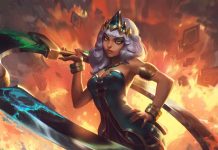