Back in patch 8.11 the role of ADC was massively changed in League of Legends. It went from being the role that was meant to carry the game to the role that was meant to do absolutely nothing. After a few patches they buffed certain items and champions back up to a place where they could once again have a presence in game, but it was still far lower than it previously had been. It has opened up the role quite a bit, whether that is something you like or not.

As of this week, patch 9.3 reverted some ADC items, putting the game closer to the way it was before 8.11, although it’s still not quite there.

The biggest change to 8.11 was how critical damage worked. Or rather, how Infinity Edge worked, and a blatant nerf to every other source of critical damage. The nerfs were heavy handed and dull across the board, simply boosting the price of every critical damage item in the game. And not by a small margin, either: Brawler’s Glove, for example, went from 400 to 600 gold. This nerf extended to Guardian Angel as well, increasing its cost by 400 gold, creating another ADC late game nerf.

The biggest nerf, however, was to Infinity Edge. Infinity Edge has had a unique passive since the game’s inception: you deal 50% bonus critical damage to enemies. This means that any time you deal a critical strike, instead of dealing 200 percent damage, you dealt 250 percent. To put this into perspective, if you had 50 percent critical strike chance the Infinity Edge boost would boost your overall damage by about 15 percent. Not huge, but certainly not insignificant. Built into an item that was good in its own right, it was a great item.

They took that passive and scrapped it entirely, replacing it with “15 percent of your damage is converted to true damage.” While that might sound good on paper, it’s very rare that an enemy has enough armor to make your damage higher post-change. And when you do encounter those scenarios, it’s always after 30 minutes. This change absolutely gutted ADC player’s ability to deal damage during the mid-game on a role that already had trouble in the early game. Suddenly ADCs didn’t come online until super late game, and even then they were less effective, except against armor stacking tanks.

When Patch 8.11 launched, most ADCs were rendered entirely useless. Players felt like it took until 20 minutes to be relevant, and even then they were crippled from their previous state. ADC players fled the role in droves, similar to the jungler exodus from earlier patches.

Their immediate response to the problem was a hotfix that nerfed the two unaffected ADCs. Since Ezreal builds his ‘blue build’ (which is reliant on mana rather than crit items), and Kai’Sa built Rageblade, neither of them were heavily damaged by the update. This secured the idea that all traditional ADCs were completely dead. The only saving grace for ADC was Stormrazor, which allowed champions who could use it effectively to regain some of their missing power. It wasn’t nearly as good as pre-change characters with two items, but Stormrazor bridged the gap a bit.

However, the bigger change was the emergence of non-ADCs in the marksman role. Suddenly it was common to see Vlad and Ziggs as the marksman, and the team forgoing an ADC altogether. Even in LCS it was not uncommon to see incredibly unconventional lanes. Some of the top ADC players in the world benched themselves, as they simply didn’t understand how to be effective in such a confusing meta. Rekkles, in his reasoning for benching himself, was quoted as saying: “We hoped Riot would fix [the meta], but there have been two patches and a mini-patch, and they haven’t really done what I considered [the actions] needed to be done.” Unfortunately for Rekkles and all ADC mains, this meta would continue for another six months.

The meta did get better for ADCs over the course of the past six months (at least slightly). There are a handful who have found a place in the meta, whether through changes or adaptation. Most LCS teams are once again running ADCs, although some prefer other choices. ADCs are in a much better place than they were after Patch 8.11, but they’re still nowhere near as good as they were before it.

The most noticeable place that I can see a difference is on Twitch. This is something that a lot of people will dismiss, but when players who have played League of Legends religiously for 8+ years stop playing because a single meta is so bad, it’s telling. Imaqtpie hasn’t taken any official stance on the matter, but has been playing quite a bit of Dota 2, Apex Legends, and Black Desert recently. Tyler1 made his opinions known quite clearly, and stated that he was planning on taking a break from streaming altogether if they didn’t (video removed, unfortunately).

Over the past 6 months the average League of Legends viewership has dropped significantly on Twitch, ignoring the spikes from LCS tournaments. Tournaments remain exciting, but average viewership simply isn’t there, as many of the top streamers seek out other games.

This brings us up to the latest patch. This past week Riot finally admitted that they may have messed some things up in bot lane. They did this by reverting Infinity Edge (with a nerf from its original state), and changed Stormrazors to have a Static-Shiv style effect instead. They also reverted most of the gold costs on critical strike items, putting ADCs pretty much back where they were before 8.11, with a few nerfs.

Patch 9.3 has only been live for a week, but many players are hopeful that this will return League of Legends to the state it was before Patch 8.11, or at least close to it. There are a lot of players who are unhappy with how long it took Riot to reply, and far unhappier that these changes happened mid-season, effectively destroying Worlds for many viewers and top players.

Still, the changes have finally been reverted. Perhaps we’ll see Riot listen to their fans moving forward. Perhaps the devil will call me up and tell me to bring a puck and a stick, because hell has frozen over.

Previous articleOpTic Gaming’s “Scarlet” Proves to be Another Promising European Mid-Laner
Next articleSeason 9 Brings Us Ranked Updates, a New Champion, and More 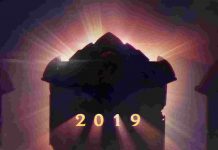