General Stephen Draper -
-6.8k
Path of Exile Shaping Before you start shaping your Path of Exile Atlas, we suggest you read our introduction to the Atlas. Once you have...
Featured image via Wallpapercave.

This month, as Grinding Gear Games prepare to release their highly-anticipated 3.0 patch, Path of Exile is hosting a series of events, many of which are races of various kinds. I’ve talked about racing before, and you should definitely give that article a read if you’re interested in getting an overview of what these Path of Exile speedruns are all about. I As a decently new player, only having 1000 hours in game, I had never raced before. I’ve stuck to softcore for all of my playing, and I die on a regular basis. But as a new player, I’ve got a message for all the other new players who might be too intimidated to give racing a shot: do it. Seriously. It might be frustrating at points. But I improved more in several hours of racing than I have in hundreds of hours of standard gameplay. Want to get a more detailed explanation of what these races actually look like? You’re in the right place.

The Headhunter Race in Path of Exile is a race where every time you kill a rare enemy, you gain its modifiers for 20 seconds. There are rare mobs everywhere, replacing most of the normal ones. Doesn’t sound too hard, right? Well, it’s definitely fun, but it’s also fairly difficult for newer players, myself included. There’s one major reason for this: volatiles.

Volatile mobs explode on death. They explode for a lot. One of my characters was dropped from full to 10% at level three by a volatile. Unskilled melee players will have a terrible time time trying to deal with the volatiles.

I gained an incredibly valuable skill while trying to complete the Headhunter Race: how to quickly identify mobs. In the normal game, this situation isn’t particularly relevant most of the time. You don’t run into a lot of rare mobs while leveling, and by end game, most builds will let you take a volatile hit and survive. But not in this race.

I was forced to adapt or die. After dying on three different melee classes, I switched to a ranged character to give myself more leeway, and got in the habit of quickly identifying each mob’s type before killing it. I had a few close calls, but I got better and faster at recognizing each mob. Pretty soon, I was dodging volatile mobs like a pro. After dying three times early, it felt rewarding to not only progress, but also to note that I’d improved as a player.

Have you ever felt masochistic? You really don’t love yourself, deep inside? You want to feel pain, the likes of which you’ve never felt in a video game before? If you answered “yes” to all of these, then BLAMT is the Path of Exile race for you. BLAMT stands for Blood Magic, Lethal, Ancestral, Multiple Projectiles, and Turbo. What does that mean? Let’s break it down.

Blood Magic: in this race your character has no mana. All skills are paid for with life instead.

Ancestral: all areas have many totems.

Basically, you’re gonna die. A lot. Painfully. Hillock will kill you in two hits, one if he lands a crit. Melee classes are forced to open chests and find a bow or wand in order to kite Hillock around. Every monster hits hard, and almost all of them stun you on every hit. Being stun locked is common, and you’re even more likely to die because the mobs move faster.

You’re forced to make use of range, armor, and most importantly, Decoy Totem. Killing simple mobs is a huge issue without Decoy Totem, and killing bosses is near impossible. I myself made around a dozen characters in this mode. The furthest any of them got was to Brutus. Most of them died before the Mud Flats. BLAMT will kill you, kill you again, and then laugh at your corpse before it decides to kill you again just for shits and giggles.

But you know what? I kept trying it, and each time I got a bit better. I may not have gotten very far, but by the end, I understood some core gameplay mechanics a bit more. In normal Path of Exile, you just breeze past mobs easily, even on your first character. There’s no point to learning many of their attacks, because they simply aren’t relevant. In BLAMT, you need that knowledge to survive. I now know every variation of attack from every monster that you’ll encounter between Twilight Strand and Brutus. There were moves I didn’t even know I didn’t know, but now I know what they are, how they are used, and how to dodge them. Sure, my attempt at racing was fairly sad, but I’ve added more knowledge to my arsenal and I’m a better player for it. After running into the brick wall that is a BLAMT race, hardcore finally seems like something I could try.

Why Racing Is Great

I’ve listed all the reasons why races help you improve, but there’s another, more important reason. Racing is fun. The Headhunter Race can be very difficult if you don’t know what is going on. But when you start moving around the map with twenty buffs active and your foot is bigger than a tree? That’s the good stuff. Ever wanted to fight a dozen invasion bosses at once? Don’t worry, there’s a race for that. How about a Ledge that goes on forever? Personally, this is my favorite race–I’ve always loved Ledge, and it was enjoyable to try and run it as fast as possible.

Sure, you’re going to die, and you’re not going to win first place. There are players who have been practicing for these races for years, and even they die from time to time. Hell, in BLAMT, they die a lot, and you’ll die even more unless you’ve invested a sizable chunk of time and mental energy into Path of Exile. The races are fun, and they’re one of the best learning opportunities the game offers. During your first race, don’t worry about getting a good time — just focus on having fun. Hopefully these events will be coming back soon, especially with all the new 3.0 content in the works. A BLAMT through all ten Acts? Sign me up.

Previous articlePath of Exile: A Visual Walkthrough of Act Five
Next articleElitism in Esports: Check Your Ego at the Door 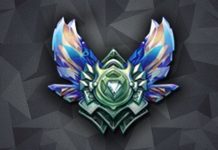