Path of Exile players are undoubtedly aware of the game’s ongoing issues with energy shields and life. At the moment, energy shield builds are objectively a better choice — it’s more efficient and effective than a life skill build in every single way. With energy shield, the potential for stacking effects is much higher, it regenerates with Vaal Pact, and, in general, energy shield has better build options across the board. PoE is designed around one-hit kills and fast regeneration, game is currently designed around one hit kills and fast regeneration, the pool of life is highly relevant.

They aren’t even remotely close either. A typical life build, with high end gear, gives you between 5.5k and 6k life. If you put on a Kaom’s, you can break 7-8k, depending on the build. Energy shield, on the other hand, gives you 8k — and that’s only if you’re being conservative. With high end gear, you can easily break 12k energy shield without losing any stats. That’s also allowing you to wear a body with slots on it, unlike Kaom’s. The fact that life builds offer armor isn’t even remotely good enough to offset all the negatives. This has been a massive problem in character building over the last year or so. With Path of Exile’s highly anticipated 3.0 release, massive changes are coming.

Path of Exile Energy Shield Changes: Looking at the Numbers

Grinding Gear Games made one of the more obvious changes, lowering energy shield numbers en masse. Energy shield on high end items, Regalias in particular, were slashed by approximately 30%. Now a Regalia that had 750 shield will have 550. A Shavronne’s with 450 shield will now have 350. This is a pretty massive nerf in itself. Without any other changes, this means that a typical high end build will be at 8-9k energy shield instead of 12k. But wait, there’s more! They also got rid of the crafting that allowed for maximum percentage energy shield on rings. This crafting went all the way up to a 20% bonus. Losing 40% maximum energy shield is a huge loss, considering most high end builds have between 200% and 250% overall. Now we’ve definitely managed to put energy shield builds in the 8k range, even at high end.

Grinding Gear Games didn’t just nerf energy shield numbers though. Life also got a significant buff. The numbers themselves were unchanged, but they added new crafting stats. Previously, the only stat you could roll that gave life was additional flat life. Now, they’ve added hybrid rolls. In addition to being able to roll flat life, now there will be rolls that give some life and some armour, or some life and some evasion. These will stack up, and you’ll be able to get an additional up to 50% bonus life on that item, per hybrid roll. The details aren’t solidified yet, but if you can have multiple hybrid rolls, you can double the current life rolls on gear. For obvious reasons, this is a very nice quality of life bonus for life builds.

The changes didn’t stop with flat numbers, however. There’s one other massive change that will destroy the current Path of Exile energy shield playstyle. Currently, most builds, energy shield or otherwise, are based around life leech. Whether they take nodes on the tree, or use Warlord’s Mark, or just use Vinktar’s, most builds have incredible amounts of leech. They use Vaal Pact in order to make the leech instant, so that they are virtually unkillable. There’s another energy shield change in 3.0, and it’s a big one: Vaal Pact no longer affects it.

Taken from the patch notes, “[Vaal Pact] will no longer affect Energy Shield in any way. It will only apply to Life leeched”. If you’re opting for an aggressive build that uses leech, energy shield is no longer an option. This alone would have shaken up builds enough to change the game entirely. This combined with the energy shield nerfs completely kills the viability for most builds. 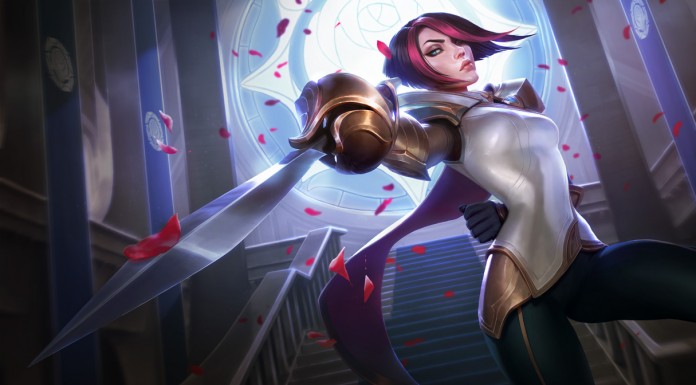 What Do The Energy Shield Changes Mean?

The nerfs to energy shield builds are massive, and will result in far fewer builds going that route. The Vaal Pact change alone will guarantee that no purely aggressive built will go the energy shield route. In fact, in the current state, a very limited number of builds can go energy shield. The only ones that come to mind are Essence Drain and Righteous Fire, who rely on regen rather than leech. I’m sure there are others, but their numbers are limited.

There will be a major overhaul to the way fights work in Path. Currently the goal is basically ‘kill or be killed.’ You kill the enemy before they can really hurt you, and leech through their damage. With the changes seen in Vaal Pact, it’s obvious that isn’t the route the developers want. Any energy shield build will necessarily be more defensive, doing damage and then dipping out to regenerate. People have complained about the speed of the game, and the tweaks to the energy shield could be the solution for slowing down the game. Turning boss fights into mechanical tests of skill is something almost everyone would welcome, I’m sure.

Based on how hard energy shield was nerfed in 3.0, we can reasonably expect to see more life builds in Path of Exile. How many energy shield builds are out there right now? Yeah, nearly every one of those will be life builds after 3.0 gets released. Energy shield will still be max 1-2k higher than life on a typical build, but it will also suffer from no Vaal Pact and no potion use. You’ll still see energy shield, I’m sure, but it might be relegated to the world of niche builds.

I’m still a relatively new Path of Exile player. I haven’t experienced the past year of energy shield superiority. But I’ve played enough to know that picking life over energy shield was a waste of time. I loved the idea of going life, but before the nerfs were announced, it never felt like a smart choice. Balancing it out a bit and making the game harder overall sounds great. Long boss fights that test your mechanical skill is always a bonus. I’m not a big fan of the idea that I can and should just farm for items and steamroll bosses. I’m optimistic about the energy shield changes, and more build diversity has never been a bad thing. 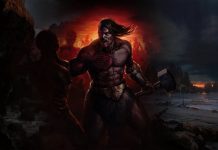