General Stephen Draper -
-6.8k
Path of Exile Shaping Before you start shaping your Path of Exile Atlas, we suggest you read our introduction to the Atlas. Once you have...
(Featured image via AnyKey.)

Foul language. Targeted harassment. Throwing games to piss off your teammates. Raiding a stream with inappropriate spam. Threats to leak personal information. There’s a lot of behavior that fits under the umbrella of “toxicity” in gaming. While report and moderation features exist in almost every game, streaming platform, and community, these systems for promoting sportsmanship and inclusivity in our favorite games haven’t seemed to make a lasting impression. Years go by, and we’re still complaining about the same toxicity in the same gaming spaces. But the problem hasn’t gone unnoticed by major players in the competitive gaming scene who hope to offer a more grassroots, personal approach to leveling the playing field.

AnyKey was founded in 2015 through a collaboration between ESL and Intel. In their own words, AnyKey is “an advocacy organization dedicated to supporting diverse participation in esports.” AnyKey’s work manifests itself in a variety of different ways, such as maintaining a presence at the North American PAX Diversity Lounge, running several CS:GO tournaments with Intel Extreme Masters, and supporting their network of affiliates.

One of AnyKey’s most ambitious projects has been a collaboration with Twitch to create the “GLHF Pledge.” If you sign the pledge, you’re agreeing to do the following:

The partnership with Twitch isn’t just a verbal show of support from the streaming platform–users who sign the GLHF Pledge will receive an exclusive Twitch badge that appears next to their name in chat. Here’s what it looks like.

Nearly 250,000 people have taken the GLHF Pledge, and if you open up Twitch chat, especially on smaller streams, you’re likely to encounter at least a few people sporting the badge. The badge itself is relatively unobtrusive, but it’s a powerful tool for helping Twitch users identify others who share their values, and empowers viewers to speak out against hate speech and harassment. It’s worth noting that this is the first time Twitch has ever given a global chat badge to an outside organization. It’s still uncertain whether or not Twitch will make the badges permanent, but if you want to show your support, you can sign the GLHF Pledge here.

AnyKey has taken a rigorous, more scientific approach to understanding the problems gamers face and finding effective solutions. Spearheaded by an MIT professor and a cultural anthropology PhD, the research and initiatives departments at AnyKey conducts “field on-the-ground research to generate new insights into players, audiences, and industry.” This research provides AnyKey with reliable data and guides the organization when they’re developing new strategies and planning for the future.

AnyKey’s first workshop in 2015 was a response to “high-profile instances of harassment in the gaming community” directed at female professional gamers, and the team asked a select group of women in the industry—players, hosts, streamers, and stakeholders—to share their experiences. 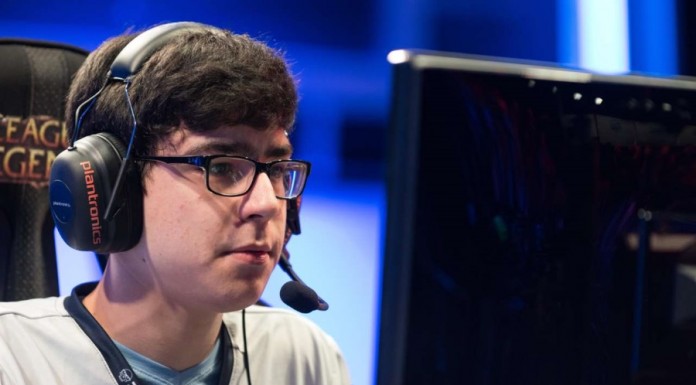 Using these responses and other data sets, AnyKey developed a plan with ESL to address common stereotypes about women in gaming, and improve outdated models for intervention in the industry. AnyKey’s research was partially responsible for Intel and ESL moving forward with the creation of female-only tournaments—their findings suggested that events like these would be one of the most effective ways to provide tournament spaces where players would be unlikely to face serious harassment from other players or event organizers.

Incidents like the Cross Assault Street Fighter vs. Tekken broadcast and the recent firing of NRG esports manager Maxwell Batemen are a potent reminder that much more needs to be done in the professional scene before female-only tournaments are no longer needed as a precautionary measure.

Beyond supporting the competitive gaming scene, AnyKey has engaged viewers, fans, and casual gamers in the discussion as well. AnyKey’s affiliates, primarily individual content creators in gaming, work together to create new ideas to address the need for positive representations of the community. Director of Initiatives Morgan Romine, PhD, describes the AnyKey Affiliate program as “a hub for those seeking positive and inclusive communities,” and a way for gamers to find “role models to follow who represent their values.” The AnyKey team has worked extensively with competitive gamers and Twitch partners at major events to increase the organization’s visibility and encourage their fans to sign the GLHF Pledge.

Some AnyKey affiliates you might recognize include variety streamer Simply Undrea, who helped raise 1K for the Extra Life For Kids charity earlier this year; Ashnichrist, an expert content consultant who helps streamers grow their brand and founder of the women’s Dota 2 community Desoladies; charity and grassroots consultant calamity jamie; and competitive HoTS player Ferociously Steph, who has used her community presence to advocate against Blizzard’s decision to add voice chat to the game.

Sexism is ubiquitous on the internet.
There are innumerable stories of women being harassed over overwatch's voice chat. People with accents are often targeted. Those who do not join comms are often pressured by their team, who may perform worse or grief you for leaving chat.

The solutions that AnyKey and its affiliates put forward aren’t going to change the landscape of the gaming industry overnight. The organization’s efforts to reduce online harassment and make competitive gaming more accessible have been productive, but progress is often accompanied by the appearance of new obstacles. Even with the support of ESL and Intel, women-only tournaments have significantly smaller prize pool than their male-dominated counterparts, and top male esports competitors earn roughly 2,480,000 dollars more than the top female players.

In the gaming world, it can be difficult to gauge the success of grassroots movements. Individuals who want to change or dismantle the structural boundaries that enable harassment may often feel like they lack the resources or support they need to make a difference. The community-led, positive reinforcement initiatives that AnyKey supports, including the GLHF Pledge, encourage gamers to address gender, race, and diversity issues in their own communities on their own terms.

It’s important for marginalized players to have spaces–both digital and IRL–where they can discuss their experiences with harassment and targeted abuse in gaming. If you’re looking in the right places, players can find communities to join where they feel safe, but it’s also hard to figure out which communities they might want to avoid.

One has to question why ‘communities worth avoiding’ is a thing that exists at all – Twitch and other video game streaming platforms have their own rules and regulations that users are expected to follow, so why do communities that (obviously) break the rules continue to exist? AnyKey conducted two days of on-site research at Intel Extreme Masters San Jose in 2015, including over 70 hours of observational data recording and 150 interviews. Their findings, which you can read in full here, concluded that “many organizations do not moderate their channels (often hundreds of messages per minute), which conveys the message that all speech ought to be allowed in the space.”

Major companies, who rely heavily on the online broadcasting format for their tournament’s audience engagement, often lack even the most basic staff to monitor community participation. Streams of multi-million dollar tournaments with 500,000 viewers might be moderated by a single employee, and if they can’t successfully enforce chat rules and establish clear guidelines for participants, chat is often put in slow mode or saddled with a spam detection bot that catches only the most obnoxious of copypastas and is prone to erroneously filtering out viewer excitement and hype.

It is in spaces like these where a failure to adequately oversee audience participation from organizations thrusts the burden of moderation and mediation onto people who believe in fair and equal experiences in esports. AnyKey’s efforts to address toxicity in gaming involve “preventative tactics, modelling behavior, rewarding those who help make the community better, and finding common ground and humanizing each other.” They’ve made considerable progress—working with Twitch to implement the GLHF Pledge is a major milestone, and the financial and organizational support of ESL and Intel is certainly commendable—but making sure gaming is a harassment-free and inclusive experience is the responsibility of everyone who’s involved in the industry.

Still, an outspoken and generous body of players, viewers, organizers and contributors remain hopeful that there are real solutions, based on real data, that can shape the future of gaming. Economists, scientists, mainstream media journalists, and investors who are intrigued by the growth of international esports and gaming as entertainment don’t have to look too hard before they’re able to recognize that these communities are, by and large, defined by a generalized and omnipresent toxicity. For those on the outside looking in, it’s easy to write thinkpieces or business reports that conclude gaming culture is either unsalvageable or simply too unstable, but AnyKey is helping lead the charge for gamers who believe in compassion, integrity, respect, and courage. With enough support, hard work, and time, the voices of marginalized gamers and esports fans will be able to create a safer and more welcoming gaming environment for everyone.

Previous articlePath of Exile: A Beginner’s Guide to the Atlas
Next articleSix Tips for Winning Path of Exile Races 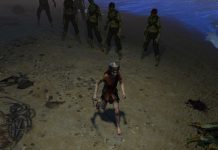