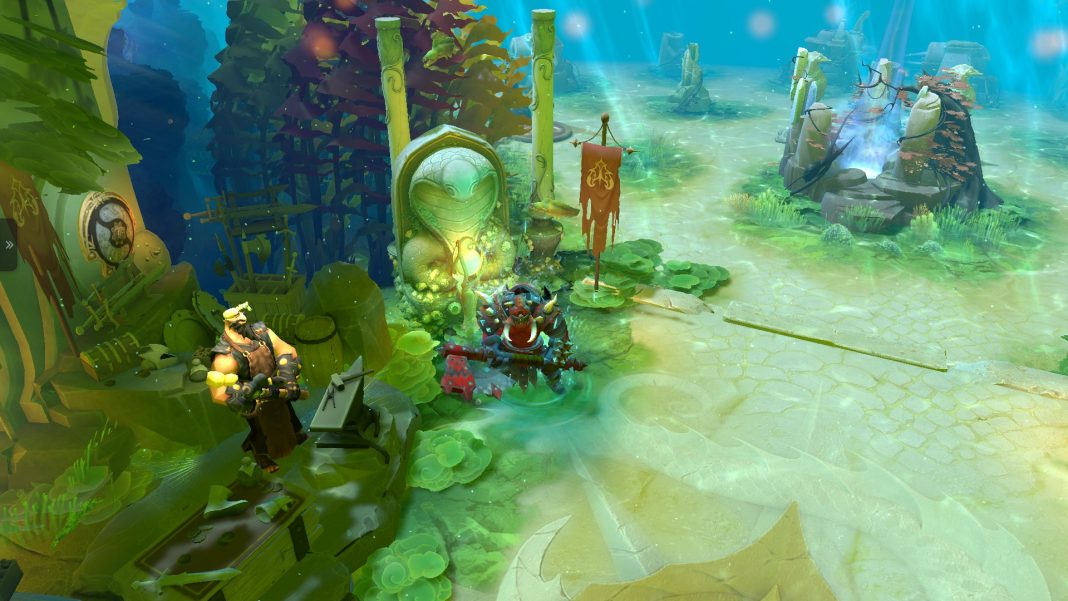 This is an article that’s seriously overdue. My enthusiasm for Dota has convinced a couple of friends to turn on a match and attempt to watch the game, and it takes about ten seconds before they’re totally lost.

How do you follow all of the brightly colored things going on all over the map? Is Dota too complicated for casual viewers to be interested?

To start off, Dota is basically a big game of capture the flag. There are two teams of five players who start on opposite corners of a square map. The sides of the map are even colored/animated differently to help you tell them apart. The green, vibrant, every-RPG-ever side is Radiant, the gray, lava-covered, Mordor-like side is Dire. Teams start each game on one of the side, and, unlike in CS:GO, they don’t switch–if you start the game on Radiant, you’re playing on Radiant until the match is over.

What’s the flag they’re trying to capture? Each team has a big glowing rock in the middle of their base, that’s known as the Ancient. Your goal is to destroy the other team’s Ancient, and keep yours alive. Simple.

Before the map loads, each team “drafts” (chooses) their heroes for the match: there are over 100 unique heroes in the game with completely different abilities, strengths, and weaknesses. Some of them synergize well together, some are OP in certain lineups but fail in others, and some heroes are only useful in a couple of niche situations. Each player chooses a hero, and the game loads into the map.

There are five different roles: Safelane Carry, Midlane Carry, Offlane, Roaming Support, Hard Support. This is an oversimplification, but in general, it’s the job of support players to protect the carries. For a full explanation of roles in Dota, check out my articles here and here.

When the starting horn blows, non-player-controlled entities called creeps move up or down through three different lanes across the map. A pack of creeps is released from both the Radiant and Dire bases and they meet in the middle of the map. Each “wave” of creeps attacks the other team’s creeps.

Once the creeps have spawned, the ten players divide themselves up into the three lanes on their sides of the map. This is the first stage of the game, which usually lasts about 15 minutes, and is known as the “laning phase.”

Heroes hang out in the lanes, beating each other up when opportunities arise, and earning gold (and experience) by killing the other team’s creeps. There’s also a wooded area called the jungle, and you’ll earn gold by killing the critters that live inside the jungle. Eventually, as heroes level up and buy items, teams will attempt to pick off (“gank”) enemy heroes, initiate 5v5 fights, or destroy the enemy’s buildings and work their way towards the other team’s base.

The game ends when one team has successfully defeated the largest building in the base, the Ancient, or the other team surrenders.* There are many paths to victory, but all of them end with the Ancient crumbling into the ground. (That’s why it’s called Defense of the Ancients.)

*Surrender is only available in professional games (and Battle Cups.) Pub matches don’t have a surrender option.

If you tune into a Twitch stream of a professional match, you’ll hear some voices talking over the in-game sounds. Those are the casters, and their job is to explain to you what’s going on in the game and why it matters to the teams who are playing. Sounds awesome, right? It is, but truth be told, even the best casters can still be hard to follow if you don’t have a sense of the basics.

There is a limited view of the map available at any given time. Usually the caster (or dedicated observer, if the tournament has one) will be flipping back and forth between the ten players’ heroes to talk about what each one is doing. It’s very fast and can be visually disorienting if you haven’t looked at the layout of the map beforehand. Casters sometimes have a bad habit of calling heroes by their names from the original DotA–the WC3 mod that spawned Dota 2 as it exists today. Nature’s Prophet was known as “Furion” back in the day, Undying was called “Dirge,” and so on and so forth. This is less of a problem at TI, where the casters are fully aware that there’s going to be a lot of new viewers.

We haven’t even gone over items, abilities, and skill trees. But here’s the most important thing to take away from this article: it’s okay if you can’t keep track of what’s going on. In fact, it’s totally normal. You’ll learn new things from every game you watch, and that’s part of what makes Dota such a wonderful game.

If you’re getting overwhelmed while you watch, focus on one player and their hero. Use Google to read up on that hero’s abilities, try to track their movements on the minimap, and when a fight breaks out, keep your eyes trained on them. I can’t emphasize how helpful this is for new viewers. And if you’re not sure who to watch, check the net worth chart that’s usually up on the left hand screen and pick whoever’s at the top.

What’s a newcomer to do?

For the scientists reading this article, think of a game of Dota like a high-level peer reviewed paper: the abstract and conclusion are sometimes the only parts that make sense. Strive to keep those two things in mind while you get acquainted with the complicated jargon in the Methods section, and you’ll be on the right track.

The “conclusion” of the game is the destruction of the the enemy’s base. The “abstract” is that teams pick heroes, grow stronger, attack the enemy team, destroy buildings, and eventually win.

Every time you hear someone yelling about a smoke gank, announcing that someone just bought a Desolator, or notes that Tidehunter’s Ravage has come off of cooldown, think about how these events help each team do these things. Does a new item help a hero or their team survive for longer during a fight? Will it help them take down buildings faster? As a spectator, understanding the actual item or ability is less important than understanding what it actually helped the team do.

Dota is fast-paced and complex game with a punishing learning learning curve. If you can invest a little bit of time into understanding matches, it pays massive dividends: Dota is a beautiful and endlessly entertaining spectator sport.

Focus on understanding the why, not the how, especially at first. It might be tough going at first, but with a little bit of effort on your end, Dota should quickly become a lot more accessible.

Don’t forget, during the Main Event at The International 2017, there’s a newcomer stream, which features the same hype casting and personalities as the main stream, but adds in useful pop-ups with information about heroes, items, abilities, and all the crazy stuff that’s happening in front of you. You can tune in to the newcomer stream here. 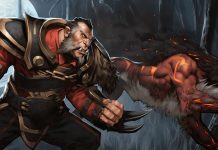