Once again, the TI7 Group Stage has generated an entirely new meta, and there have been plenty of new developments for Dota lovers to mull over this weekend before the Main Event begins. We’ve seen teams under-performing, defying expectations, and giving it their all as they fight for their right to lift the Aegis in Key Arena.  With radically different approaches for different teams and regions, and over one hundred different heroes picked, there’s a lot for us to talk about.

OG in the lower bracket

The most dominant team at Valve events over the past few years, OG, struggled in their group, despite exciting new sponsorship from everyone’s favorite cattle-themed energy drink. There’s a lot of truth to the remarks made before the tournament: many of OG’s favorite heroes, including Alchemist, have been nerfed in recent patces. OG are going to have to reassess their approach to drafting for the rest of the tournament. It was refreshing to see Ana back on Ember Spirit in their last game against LFY, and they need to ensure they keep giving him heroes he can shine on as they make their way through the lower bracket.

While OG might not have recognized the strength of Lycan and Nyx yet, plenty of other teams have. EG seem unbeatable with Arteezy on Lycan, and Liquid, the other stand-out Western team perhaps, have also used the hero with a huge amount of success. LGD and many of the other top Chinese sides have had impressive results with Nyx.

Nyx is an incredibly versatile hero–he’s a strong, flexible laner, who can help your team scout out the map and, even better, force enemy supports to buy detection. Even better, he can disable opponents, and serves as a hard counter to classic initiators like Batrider. Nyx’s Mana Burn can be a huge problem for heroes who rely on their spells to escape or contribute in team fights.

Lycan gives your team a significant vision advantage thanks to the scouting of his wolves, and he pushes hard. If that wasn’t enough, Lycan is great at taking Roshan, and he has high levels of single target damage. He’s extremely hard to kite, and buying a Diffusal Blade makes him even more deadly. Howl gives Lycan a global presence, healing his team and increasing their damage output. Lycan is a brutal opponent in the laning stage, and provides a potent counter to the suffocating presence of an enemy Nightstalker.

Pugna mid push stats, Earthshaker mid team-fight line-ups, Mirana + Naga Siren offlane combinations. These are just some of the strategies that the boys in blue at Evil Geniuses showed off during the group stage. The sheer number of different strategies, laning combinations, viable mid heroes, and innovative tactics that you’ll see at TI are an absolute treat.

Icefrog has done it again.

The Main Event begins today. If you love esports, don’t miss out on TI7. Tune in on Twitch and join the fun. For first-time viewers, we strongly recommend heading over to the newcomer stream. Dota can be confusing, and the newcomer stream is a great place to esports lovers to get acquainted with heroes, items, and strategies while following the action.

Previous articleWatching Dota 2 for the First Time: What You Need to Know
Next articleDota 2: What Is the International? 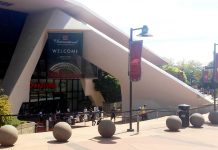