Dota 2 Craig Linscott -
-996
Silencer Here is a Hero that can silence entire stadiums of screaming fans. A fun trend that is going around in the larger LAN tournaments...
Via wallpaperfolder.com

The customary post-TI patch is out and it’s only a small one for now. With 6.88b providing the most versatile metagame ever, and the big release of the final DotA 1 hero, Underlord, ready to shake things up in pubs, patch 6.88c simply brings a few much needed tweaks. However, any seasoned player will know that even small changes can have huge ramifications so let’s check out how things have changed.

Shadow Demon has been one of the strongest support picks at professional level for the past few months and this was slowly filtering down into pub matches. His potential in combination with illusion-based heroes like Terrorblade, Morphling and Naga was disgusting and this was a much needed change. Is it enough to stop the strat? Nope, but it does give opposition line-ups more of a fighting chance against those illusion armies and may bring some alternative carries into the game.

This was a much needed change. With her flexibility as both a support and carry Mirana’s Aghanim’s upgrade was a bit too strong. We’ve seen her public win-rate drop by 2-3% as a result and that puts her in a good spot – still a viable pick but no longer the easiest option during the drafting phase. Hopefully we’ll see some other mid heroes back in play as a result, and fewer roaming Mirana in pub matches can only be a good thing for those mid players out there.

Another overpowered support, Elder Titan was shown a bit too much love by Valve after months of insignificance. These changes aren’t enormous but should reduce his early impact quite a bit and diving towers will now be a bit safer when an Elder Titan is around. Possibly his major strength as a hero though, Natural Order, was unchanged though so for sides that want to stack auras he’ll still be an option for now.

Get ready to see more Bloodseeker in your pubs. It’s only a small change but people used to love jungling with this hero and everyone is getting a bit bored of Legion. Rupture’s uselessness at early levels was always Bloodseeker’s major drawback, because his other abilities make him a pretty handy early to mid game hero. We’ll have to see whether the pros want to experiment with him or not but this is a move in the right direction for sure.

Previous articleDota 2 Terminology Guide: What Are Positions 1, 2, and 3?
Next articleThe Celestial Cat Lady: Mirana at TI6 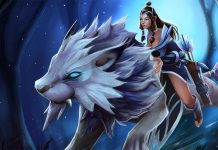