With the International 2016 only a couple of weeks away, it looks like patch 6.88b is going to provide us with this year’s metagame. Will this patch greatly shift the fortunes of the top Dota sides like OG and Team Liquid? With 96 heroes picked at Manila, how many will we see at Seattle? With nerfs to Death Prophet, Timbersaw, Terrorblade, and other popular heroes over the past few months, let’s take a look at how much things have changed coming into the most lucrative eSports tournament ever.

If the Summit and Starladder are any indicator then Drow Ranger is going to be the number one pick up for most teams at TI6. Drow strats are the most reliable way for sides to find easy wins at the moment, providing teams with powerful laning combinations, nearly unparalleled early and mid game pushes, and more late game power than you might expect. We’ve seen various combinations used with the Drow, with many teams including Fnatic frequently pairing it with a mid Medusa, but Vengeful Spirit seems to be the obvious support choice. Dragon Lance has given ranged lineups so much siege potential that unless you can stop them getting the Aegis then these strategies are extremely hard to beat.

Despite remaining one of the least picked heroes in public matches for several years now, Shadow Demon is having a large spike in popularity in the professional scene. He’s been receiving buffs for several patches in a row now and top support players have caught on to his ability to combo well with many popular core heroes in the metagame right, including Terrorblade, Mirana, Alchemist and Juggernaut. The increase on Disruption’s illusion duration has turned it into a great spell for enhancing a hero’s push potential, whilst it remains a fantastic save or set-up ability at all stages of the game.

Patch 6.88b saw Timbersaw’s strength grain reduced from 2.1 to 1.8, a small nerf but not one that’s going to stop him from being one of the key TI6 heroes. Timbersaw outputs huge amounts of area-of-affect pure damage, shuts down melee strength heroes, and shrugs off most physical damage thanks to Reactive Armor. We might see teams pick him a bit more selectively now that there are some other good options, but he’s still sure to make an impact at Seattle.

Juggernaut has been a decent core option for a while: his Blade Fury provides early game magic damage and and escape from nukes and stuns, healing ward gives huge utility to his team, and with Omnislash and an inbuilt crit means he’s packing plenty of physical damage. With OG regularly choosing to run him as a mid hero, with huge amounts of success, he seems to fit perfectly into aggressive dual-core line-ups and he rarely feels like a bad pick. 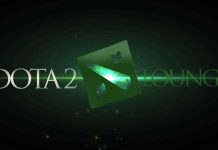