Dota 2 Craig Linscott -
-996
Silencer Here is a Hero that can silence entire stadiums of screaming fans. A fun trend that is going around in the larger LAN tournaments...
Via steamcommunity.com

Templar Assassin has got to be one of the most underplayed mid heroes in Dota 2. Whilst she’s a common situational pick for many pro players, in pub games Lanaya’s perceived difficulty and nuanced abilities means heroes like Windranger or Shadow Fiend are more common choices, despite being weaker options most of the time. Templar Assassin excels against most other popular mids, scales like a carry in the right hands, and will net you more rampages than any other hero if you play her right. Let’s take a look at the advanced ways to play TA.

Learn to stack in lane

Item timings are everything with TA and it’s crucial to get an early game gold lead, which should be easy with Psi blades. Whenever you’re on Radiant you want to be stacking the ancients every two minutes, before you pick up the top rune. In lane continuously push out the creeps using the bonus damage Refraction gives you, to leave your opponent last hitting under their tower, and you can stack and farm jungle camps in between waves. Once you’ve got your boots (Phase or Treads), Bottle, Ring of Aquila, and a Blight Stone, you’ll be able to obliterate stacks to grab a Desolator around the twelve minute mark.

Use Meld to dodge

Meld is a hugely versatile ability so get used to using it in multiple ways. Whilst it provides a huge amount of burst damage to kill off targets, and a semi-escape mechanism when paired with blink dagger, it has more subtle uses as well. Using it in lane to dodge Queen of Pain’s daggers or to avoid stuns can be hugely beneficial. You can also set traps for a double Meld strike in areas you expect enemy heroes to pass through.

Psionic Traps might not seem like the most exciting ultimate in the game but the amount of map control they give you is absolutely game winning if you know what you’re doing. Using them in lane to get easy first bloods on enemy mids who lack a hard escape mechanism, or to control the runes, is pretty straight forward but don’t stop there. Putting a trap in Roshan will net you easy kills on greedy Ursas or simple team wipes with a free aegis as well. Similarly, trapping up the enemy jungle camps will get you crucial pick offs and turn many a close game into an easy win.

Templar Assassin does have some bad match ups so if the enemy team has picked up damage over time to counter your Refraction then adjust your play-style. If Refraction isn’t helping much in lane then taking extra levels in Meld might surprise enemy mids and you might want to rush a quick blink dagger for the extra mobility early on. Any hero can have a bad start but TA has an inbuilt flash farm mechanic so you can always play safe and wait for that Black King Bar. 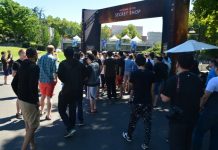