TI6 starts in just a few days (hype!) – but Valve just released the talent list and format on Tuesday. Reddit’s been whipped into a frenzy over which talent received invites and who was overlooked this year. It’s pretty much full of threads complaining about how their favorite caster/pro analyst/memer wasn’t invited and some other person that they think is less worthy was invited. Don’t get me wrong, I don’t always understand how or why Valve picks certain personalities over others, but like fifteen threads about it on Reddit are a little overkill. I could wax poetic about it, or you could just read what Capitalist has to say about invites.

Valve has included a few up and coming personalities on the invite list for The International. I was intrigued to see AnneeDroid on the list as well as Black^ in an analyst role once again.

Not pictured: Purge, whom Valve forgot to put in the image. Womp.

Valve is probably fairly busy in the month leading up to The International. Coordinating with Key Arena, polishing up the Compendium, etc. I get it. But not publishing the talent list nor schedule until about a week before the event? Especially when the talent themselves have known about their invite status for a few weeks.

Just learned that I will not be invited to #TI6. I'm very sad. Will be in Seattle regardless, look forward to seeing everyone.

I’m personally disappointed in the lack of Nahaz. He has his detractors, but I thoroughly enjoy the insight he brings to the panel.

It seems a little sloppy to me, but perhaps Valve was trying to circumvent the outrage. Everyone complains about something when the talent list for a major tournament is released, and Valve might be hoping we’ll all forget about it quickly with the event starting so soon. It’s far less time for complaining.

Otherwise, Valve might want to beef up their PR division a little bit. I’ve heard complaints that they hire mostly programmers and developers. Makes sense, they’re a game company. But when they’re hosting THE BIGGEST PRIZE POOL IN ESPORTS (yes, that had to be in all caps) they need to have their public facing content on point. Give the people what they want, namely the invited talent and format information.

At any rate, this is the first year I have an actual chance at attending The International, as I’m now a resident of Washington. I don’t have a ticket, but I’m hoping to catch some of the matches from the pleb area outside Key Arena. I eagerly await the opportunity to listen to Tobi and LD and everyone in person, no matter how late their presence at The International 2016 is announced. 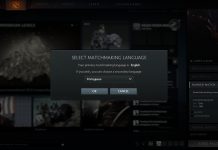