General Stephen Draper -
-6.8k
Path of Exile Shaping Before you start shaping your Path of Exile Atlas, we suggest you read our introduction to the Atlas. Once you have...
via DotaFire.com

Mirana received an Aghanim’s Scepter upgrade in 6.87 that made her Starstorm much more dangerous. With the Scepter, Starstorm triggers every 8 seconds automatically with no cast time. She started getting picked up a lot more in pro matches and sports about a 55% winrate in pub matches at the moment. She was one of the most picked/banned heroes throughout The International 2016.

Mirana games are always entertaining, whether it be watching a clutch arrow hit the target or watching someone totally wiff it.

As far as the cat lady at TI6 goes, I think that teams often prioritized targeted bans on a particular player or heroes like Faceless Void. Mirana slipped through pretty often. She can also be countered by Slark, who was also pretty popular at TI6.

Digital Chaos picked Mirana for w33 during Game 1 of the semi-finals vs EG, where he went 8/1/10. He played her again during games 2 and 3 of the Grand Finals, where his performance was a little underwhelming. To be fair though, Mirana’s arrows are hard to land, especially when your opponent is expecting them, and playing against an Oracle didn’t help. In the last game, Resolut1on picked up Mirana and was a little more on target with his arrows. W33’s known for being a great Mirana player, though:

Mirana can come online pretty fast and is a good initiator, especially after picking up a Blink Dagger. She can blink in, stun at close range, Starstorm, and use Leap to escape from danger. Her Moonlight Shadow ability can bail out teammates; it’s used for initiation as well. She also clears out creep waves pretty quickly.

I’m hugely fond of the Priestess of the Moon; I even have a baller Sapphire Sabre Lynx cosmetic for her celestial ride. I find her attack animations easier to understand than some other heroes and she’s really comfortable to play. Mirana is definitely a case of easy to play, hard to master though – I’ve yet to land a really good arrow.

For all you Mirana fans, you can order a very expensive fancy statue of the POTM.

She’s a lot of fun to watch though and pretty fun to play. If TI6 hasn’t inspired you to check out everyone’s favorite cat lady, give Mirana a try in your next game. 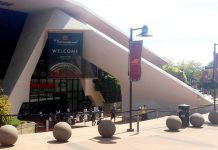