The world of esports is often described as a Wild West: a chaotic and lawless frontier, lacking regulation and protections, but full of profit for those willing to take the risk. Enter WESA, the “World Esports Association” serving as self-appointed sheriff and willing to do whatever’s necessary to transform esports into a regulated, safe, and respectable industry.

At a glance, WESA is supposed to be for esports what FIFA is for football/soccer: an international organization meant to, to quote WESA’s mission statement, “an open and inclusive organization that will further professionalize esports by introducing elements of player representation, standardized regulations, and revenue shares for teams. WESA will seek to create predictable schedules for fans, players, organizers and broadcasters, and for the first time bring all stakeholders to the discussion table.”

At the reins of all of this is ESL, one of the biggest tournament organizers in esports.

WESA has emphasized transparency and player involvement in the organization’s infrastructure. They’ve got eight of the world’s biggest esports teams on board, or, as WESA would put it, sitting at the “discussion table.” WESA has also created a “Player Council,” in which elected representatives from each team can “advocate on behalf of pro gamers on a number of important topics, such as league policies, rulesets, player transfers and more.”

WESA has also brought on former HBO Sports president, Ken Hershman, as executive chairman and commissioner. ESL Pro League was one of the first leagues to roll out changes because of WESA. increasing the number of slots in Pro League from eight to twelve and altering the prize money distribution.

WESA has also made a rule that teams cannot participate in other matches on the days of their EPL matches.

This year, WESA has hit the ground running, although most of their efforts take place far away from the limelight. They’ve signed a contract to give exclusive streaming rights for ESL Pro League matches to YouTube, introduced several regulations prohibiting Multi-Team Ownership, lost Viktor Jendeby as Council Chairman, and decided to cover travel costs for Team Managers. Over the course of a year, more organizations have joined WESA, including SK Gaming and Renegades, OpTic Gaming, and most recently, North and Splyce.

WESA might sound good on paper to some–especially for parties with a financial interest in the matters WESA has tasked itself with regulating–but the community remains skeptical. One of the largest red flags was the departure of FaZe Clan from WESA. FaZe was one of the founding teams of WESA, but decided to leave shortly after joining. The org quoted WESA’s “lack [of] transparency on how to get there and that is the main reason for why we are leaving WESA.” Despite this, FaZe rejoined the group at the same time as OpTic signed on a month later. While an official reason for this reversal hasn’t been given, some speculate that officials managed to bring back FaZe after convincing them the issues they complained about were now fixed.

Another reason to worry about WESA is the fact that ESL is the only tournament organizer with a voice in the organization. This has led people to suspect that ESL is paying teams to join the organization, which, in turn, gives ESL significant leverage over other organizers. ESL has substantial financial clout, and team owners might be more than willing to sign over some rights in order to claim a slice of that cash. Since WESA also claims that they will sanction certain events–thereby making a distinction between “approved” and “unapproved” tournaments–this could potentially give them the power to shut down or stifle ESL’s competition. For example, as the conversation about PEDs and stimulant abuse in esports continues, it’s possible that WESA may cite a lack of comprehensive drug-testing at non-ESL tournaments as a legitimate reason for teams under the WESA banner to avoid these events.

This is where player-owned organizations like Astralis shine. Any decision made by organizations with players running the show has to be approved by each player. This makes them the exact opposite of the type of organization WESA wants to do business with, especially if rumors about exclusivity deals are true. Imagine if all top tier teams eventually become a part of WESA, and they’re the only ones allowed to take part in WESA sanctioned events. Astralis and others would likely be left in the de_dust.

We don’t know what kind of conversations are happening behind close doors, but here’s what makes WESA scary: If WESA does not force teams to take part in ESL’s tournaments and limit their participation in others, it’s going to be difficult for the organization to be profitable. At the moment, there is no such rule, but there is significant reason to believe that at some point, tournaments will need to be approved by WESA before teams are allowed to compete.

This means that an organization like WESA could charge organizers or teams a fee for being “WESA Approved.” That’s a lot of control and power, especially when WESA’s loyalties lie with ESL. Since WESA mostly talks to team owners, with the Player Council having no real role as of now, the players are unlikely to have much of a say in these matters. I believe that Reddit user themoonisacheese’s comparison to a rich concert organizer who offers incentives to bands for them to exclusively perform at his venues, on his terms, sums up the situation quite well.

In the end, does what WESA is doing matter? Absolutely. We have to hope that some higher authority like Valve steps in before matters get out of control. Valve retains the rights to CS:GO and tournament organizers since, as Dallas attorney and Law of the Game blog author Mark Methenitis explained to Ars Technica, “A video game under copyright law is an audiovisual work, which gives a public performance right to the copyright holder. Under the public performance right, the copyright holder is allowed to say when, where, or whether something is publicly performed, meaning displayed in front of a group of people larger than, say, at your house.”

If Valve doesn’t do something about WESA, we could very well see the first esports monopoly, and that’s not good news for anyone.

Previous articleTeam Liquid Unveils L.A. Custom Headquarters
Next articleTase Me, Bro: How to Effectively Use the Zeus in CS:GO 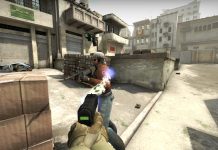