Overwatch, CS:GO’s crowd-sourced anti-griefing and cheating detection system, is often taken for granted. While some believe the service does nothing to rid the game of hackers or that Overwatch investigators should get some sort of reward for their efforts, Valve’s creation is something to be cherished (and used) by more players.

Valve’s official description of the system is as follows: “Overwatch lets the CS:GO community regulate itself by allowing qualified and experienced members of the community (‘investigators‘) to review reports of disruptive behavior, determine whether those reports are valid, and apply temporary bans if appropriate.”

Essentially, it’s a way for players to review in-game footage of players who were reported and decide whether an individual is cheating or griefing. Valve’s description is fairly vague when it comes to the exact criteria for Overwatch investigator eligibility, but conventional wisdom and personal experience tells us that, at the bare minimum, you’ll need to be a Gold Nova 1, have roughly 150 wins under your belt, and an account that isn’t banned. Once you’ve ‘unlocked’ Overwatch, a notification bar at the top of the main menu will tell you when you’re able to review new cases.

The Basics of Being a Good Overwatch Investigator

First and foremost, remember that the player you’re watching might be a higher rank–or have thousands more hours of gameplay under their belt–than you. This means that they might play in a way you’re not familiar with.

Valve’s instructions tell us that we should “presume the suspect to be innocent.” And they’re right. When you’re reviewing an Overwatch case, don’t jump to conclusions. Doing such a thing not only damages that player but the way people interpret Overwatch investigators and the system itself.

When determining whether or not somebody is cheating, remember to keep an eye, and an ear, out for anything that could have prompted the player to act the way they did. Perhaps there was a slight footstep that gave away the ene otherwise hidden position or maybe his teammate heard or saw something and called out the enemy’s location.

Other than that, it’s important to remember that CS:GO demos aren’t perfect. For starters, demos are 32 tick, which is half the tickrate used on official Valve servers. This means that fast flicks and even regular shots might look robotic or “cheaty” in the Overwatch demo, but would’ve looked normal in a regular match. Smokes also appear differently in demos than they would’ve in the actual game. A smoke that looks like it’s completely covering a chokepoint in an Overwatch demo might’ve actually had a tiny gap in it, or could have been a one-way smoke.

Speaking of not jumping to conclusions, remember to take your job seriously. While it may seem that your actions don’t have consequences, the players you are watching are real players with real time invested in the game. Take the time to really think about whether or not the player you are watching is actually cheating or just really good. Don’t submit a guilty verdict thoughtlessly. While false positives from Overwatch cases are incredibly rare, the system is only as strong as the community makes it.

At the same time, you should keep in mind that some people are extremely good at hiding their cheating. Don’t expect every cheater to be extremely blatant and bhop straight down mid while they’re 1-tapping people through walls. The more Overwatch cases you review, the better you’ll get at noticing certain patterns. You want to keep an eye out for players who look at walls for no apparent reason, and, even more importantly, those who seemingly happen to always be in the right place at the right time.

If investigators were offered some sort of reward, even something small like a skin or a badge, it’s possible that people would take the Overwatch system more seriously. Much like the real world, we can’t just expect people to act simply out of the goodness of their own hearts. Perhaps Valve will listen to our calls and improve the Overwatch system because, after all, less cheating is good for the community, and, ultimately, their business. 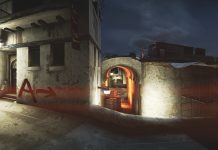