Sometimes, when I’m lying in bed at night, trying to fall asleep, I’ll think of all kinds of questions. Some of them have to do with Counter-Strike–will North America ever win a Major? Some of them are about real life–did I actually pay that bill online, or did I enter all my credit card info and then forget to hit submit? The common thread that unites them, however, is that they’re all dumb.

None of you really want to know about my life, so I figured the least I could do is share some of these late-night Counter-Strike thoughts.

What’s the average hand size of a pro CS:GO player?

Is that part of the reason why I’m terrible at Counter-Strike? Do all the pros have gigantic mitts? Should I try and get new hands from a doctor to see if that makes me a better player? How big are Olofmeister’s hands? Do all the North American pros have small hands?

Are the Swedish genetically pre-disposed to having larger hands than the rest of the world? Could we selectively breed better Counter-Strike players by encouraging couples with large hands to mate?

Does having big hands even give you an edge? Probably not. What a waste of a thought.

How important is the distinction between a player’s skillset and their playstyle?

One of the issues that never actually gets addressed when the community starts throwing around cheating accusations is the fact that certain playstyles create more moments that appear “sketchy.” Every Counter-Strike player approaches the game in a different way. You play it differently than I do. That’s part of the beauty of the game.

Think of Janusz “Snax” Pogorzelski of Virtus.pro. He’s known for playing around–and in–smoke grenades. It’s part of his identity as a player. If you’re playing against VP and Snax is still alive, you better start spamming that smoke, because there’s a decent chance he’s either hiding inside of it, or peeking around the edges to catch you off-guard. Since smoke grenades appear differently to viewers via both GOTV and tournament streams, you’re more likely to witness moments that would appear as though Snax had more information than he ought to in a given situation.

By contrast, there are also players like Mikhail “Dosia“ Stolyarov, known for his turret-like playstyle. He just doesn’t like to move much in-game. He’s happy holding angles all day, and that’s how he’s most effective. When was the last time someone accused Dosia of cheating?

Personally, I’ve got a very “spammy” playstyle–I’ll wallbang almost any door/wall/anything when I’m defending a bombsite, and if there’s a smoke on a chokepoint, I’m spraying through it with my rifle. Just because of the way that I play the game, it’s more likely for me to be accused of cheating–while most of the spam shots never actually hit a target, some of them inevitably do.

Thanks for reading. I’m going to try to catch up on sleep.

These are the thoughts that keep J.P. Corner up at night. Tell him he’s an idiot via Twitter. 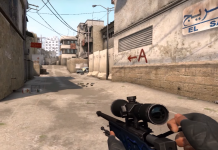