General Stephen Draper -
-6.8k
Path of Exile Shaping Before you start shaping your Path of Exile Atlas, we suggest you read our introduction to the Atlas. Once you have...
via youtube.com

Hopes for Virtus.pro’s success come to a close along with the first half of ELEAGUE. Although VP lost handily, is their slump ending?

VP’s group stage games went quite well as they placed second in points. 1-1 against EnvyUs and Gambit. 2-0 against compLexity. By beating Gambit 2-0 in the semifinals, Virtus.pro also showed that they can improve their matchups within a short amount of time.

In part, the Poles experienced relative success throughout the group stage because Gambit and Complexity failed to put up a fight. If the weaker teams would’ve caused more upsets, which seemed quite likely considering that all of them are inconsistent, Virtus.pro could’ve met EnvyUs in the semifinal instead.

Expectations for the group final varied widely. EnvyUs had the most wins in the group but only won one map against Virtus.pro. Considering that VP’s second match against Gambit went much better, one could expect them to improve similarly against EnvyUs. Happy is known to have a loose style. So even if EnvyUs invested equal amounts of work, their practice wouldn’t be as fruitful as Virtus.pro’s.

EnvyUs looked like the stronger team during the group stage games against Virtus.pro. The Poles’ loss on Cache was more one sided than their victory on Mirage. So, given EnvyUs’ tournament form, Virtus.pro seemed like the underdog by a small margin.

The first game was played on Train. VP was off to strong start on the CT side by taking seven consecutive rounds. Once EnvyUs got their first round, many more followed. VP’s momentum disappeared entirely by the 11-11 mark. EnvyUs took the lead at 12-11 and won the remaining rounds without dropping another point. VP’s motivation was squashed by the second half of the map, despite a strong formed start.

The second game was played on Cache – a favorable map for EnvyUs. They took quick control of the game and pushed ahead with a 10-0 lead. By the time Virtus.pro squeezed out some rounds, it was already too late. Ultimately, the match ended in a quick 2-0 victory for EnvyUs.

It’s hard to get a good grasp of VP’s form. Some days they don’t mesh well at all. Other days their explosiveness can’t be stopped. We’ve been seeing more of their negative side since late 2015.

Virtus.pro’s momentum is brittle with a frequent loss of control. They also play to avoid a loss instead of conditioning their opponents to secure map control. VP’s chance to move on to the next stage of ELEAGUE hinged on EnvyUs’s failure.

At the time, Virtus.pro can’t be expected to have consistent results against top teams. It doesn’t look like VP stand a chance against a team like Fnatic or SK (recently LG) in their current state.

Virtus.pro’s efforts are showing. Apish calls for roster changes should be ignored.

On one hand, VP is evidence to the idea that consistency is the distinguishing factor between great teams and the best teams. On the other hand, their slump is experiencing a steady upswing. The need to maintain their team legacy gives Virtus.pro an impeding amount of pressure.

Although they’ll always be compared to former heights, VP’s potential still is apparent throughout. 2016’s competitive climate is unforgiving. The sheer amount of high caliber teams make it easy for VP to get stuck in the masses.

Virtus.pro’s progress will be gauged in the next ESL major in Cologne. Since they’re in a group with EnvyUs, mousesports and Team Liquid, VP’s chances should be similar to those in their ELEAGUE group. 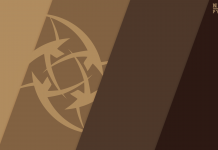