Every CS:GO Major is major, but some of them have been more…major than others. If you missed the first installment of our look back at the CS:GO Majors, check it out here.

ESL One: Cologne 2014 was the crowning moment for the original CS:GO juggernauts. After losing in the finals of the first two majors while they were arguably at their peak, NiP came into Cologne diminished. The original five were no longer the best or even the favorites. However, “NiP magic” came into full effect and the Swedes grinded out win after win, finally beating Fnatic in the finals.

A couple months prior to Cologne, LGB disbanded. Their spot was used for the Indian qualifier, which admittedly lowered the level of competition at Cologne slightly. However, the breakup of LGB allowed olofmeister and KRiMZ to head over to Fnatic, placing the seeds for the next Counter-Strike dynasty. This was also before one of the French shuffle so there were three very competitive French lineups as opposed to just two.

NiP had a rough road to the finals at Cologne, finishing second in their group and taking every series to three games. They played the maximum number of maps possible but finally won a Major, the one thing that had eluded them during their era of greatness.

At the very first CS:GO Major, Fnatic shocked the world by upsetting NiP in the finals. Fnatic had just added pronax as their IGL and DH Winter 2013 was only his second event with the team. NiP’s infamous 87-0 LAN victory streak had ended by then, but keep in mind that these were still the ‘glory days’ for the Swedish squad. They were expected to make deep tournament runs at almost every event, and calling Fnatic’s victory a surprise would be an understatement.

At this event, all the best teams were in attendance and they almost all made it out of the group stage–Na’Vi and Virtus.pro are the possible exceptions. North America was even relevant at the event, although coL’s semifinal run was one of the region’s last tastes of the good life for the next three years.

Fnatic had the easier run to the finals, taking down the lesser French side and coL on their journey to face the Ninjas. Meanwhile, NiP had to play the fellow Swedes of LGB as well as their French rivals, VeryGames, who many believed had surpassed NiP by this point. Regardless, Fnatic walked away from the event as the first ever CS:GO major champions on the back of massive performances from breakout stars JW and flusha, denying NiP the trophy they seemed almost destined to lift.

After failing to get out of groups at the first major as Universal Soldiers, the unstoppable Virtus.pro returned and ran through the second major in front of a home crowd in Katowice. This was the origin of the Virtus.plow, as VP dominated all opponents who dared to stand in their way, and dropping only a single map in the entire event.

Veterans NEO and Taz were all-time greats in Counter-Strike 1.6, but had initially struggled with the transition to CS:GO. After an adjustment period and with younger stars to support their performances, Virtus.pro won their first CS:GO Major. NiP would further establish their role as CS:GO ‘gatekeepers,’ making back-to-back Major final appearances after another great series against coL and a dominating defeat of the Danish Dignitas roster.

Fnatic and LGB had a close quarterfinal match, and LGB advanced to face VP in the semifinals. LGB were the only team to win a map against VP at the entire event, beating them in overtime on the second map of the series.

This event marked the beginning of serious trouble for Ex6TenZ, with Titan failing to exit the group stage. Natus Vincere also failed to make it out of groups, even with the return of Edward and the addition of GuardiaN. Of course, it didn’t matter who made it to the bracket stage. No matter who advanced, VP was not to be stopped.

After losing to their nemesis Fnatic in the previous major final, EnVyUs came back to win it all at Cluj-Napoca. They got revenge on Fnatic in the quarterfinals and beat out the unexpectedly strong international lineup of G2. In the finals, the Frenchmen faced off against Na’Vi, pitting the two greatest AWPers in CS:GO history, kennyS and GuardiaN, against one another. Both players were competing for their first Major victory. After a career-low underperformance at the previous Major, kennyS came up big for nV, propelling them to victory.

This tournament was stacked, and took place place during the most competitive era in CS:GO’s history. Fnatic had dominated most of the year, constantly appearing in semis and finals. EnVyUs were coming in hot after the French shuffle landed them kennys and apex. TSM were vying for a top spot at various points during 2015 and were considered strong contenders at the event.

Na’Vi and VP were still consistent threats, and both teams had large tournament victories under their belts. Luminosity had found a star in coldzera and were an even bigger upset threat then they had been previously. NiP have a historical tendency to overperform at Majors, and were considered possible dark horses along with G2. Even the lower tier teams were good enough to take odd map off of the elite. The level of competition in CS:GO had never been higher, and nV managed to come out on top.

At Cologne in 2015, Fnatic won their second Major title in a row and solidified themselves as the best lineup in the history of CS:GO. Over the course of Fnatic’s dominance, both French lineups managed to compete with them, and the Danes of TSM were one of the few teams able to reveal cracks in the otherwise impenetrable Fnatic. But through it all, Fnatic was unwavering and remained on top.

Although Fnatic were undeniably the favorites going into the tournament, the level of competition at the time was incredibly high. The French shuffle had happened, and nV had a newfound swagger in their step after adding kennyS and aPEX. On Na’Vi, GuardiaN was performing at his peak and was backed up by flamie, the CIS team’s young breakout star. At Cologne 2015, VP entered full plow mode once again and trampled everyone who stood in their path–this was, of course, before they faced Fnatic. Even Cloud9 looked scary enough to give NA CS fans hope–the team was coming off of their notorious hot streak during the summer of 2015, which had included a victory over Fnatic.

With the possible exception of Cloud9, the eight best teams at the tournament all got out of the groups. Although all the quarterfinals were sweeps, there were some close maps.

On one side of the bracket, nV bested TSM in three games as the Danish team’s tendency to choke in important matches made an unwelcome reappearance. On the other side of the bracket, Fnatic and VP faced off after dominant performances in their groups. Despite losing in the semifinal, VP looked like the best team at the tournament–Fnatic were the first team to find a way to stop the Virtus.plow. After getting crushed by the Polish team on Mirage, Fnatic circled the wagons and pulled out all the stops to overcome a massive round deficit on Inferno. Ultimately, Fnatic eliminated VP from the tournament with an impressive victory on Cobblestone.

In the grand final series against nV, Fnatic proved their mental fortitude by staging yet another seemingly insurmountable comeback on the first map, Dust 2, which they won in overtime. The second map, Cobblestone, was pure Swedish wreckage, and kennyS delivered one of the worst performances of his career. Fnatic weren’t even in their best form at the event, but the team’s raw determination and resilience paved the way to victory at Cologne 2015. Fnatic had transcended greatness and carved their dynasty into the Counter-Strike history books. 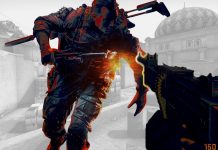