The eleventh CS:GO major will be run by PGL in Krakow, Poland in July, according to Valve’s latest announcement about the event. It’s a good time to look back at the first ten CS:GO Majors. While Counter-Strike might not have an event like The International, the Majors are the closest thing we’ve got. All of these tournaments deserve their own chapter in the history books, but we’ll be the first to admit that some Majors have simply been better than others.

As far as the criteria for the rankings I took into consideration interesting story lines and memorable moments, but most heavily weighed the level of the teams at the event and the quality of play. Group stages are never as interesting as bracket play, so I’ve generally focused on the level of competition during the playoffs in best-of series.

LDLC defeated NiP in the finals 2-1 for France’s first CSGO major victory. The French shuffle finally paid off here, with shox and NBK finally getting a title alongside Happy after failing with Ex6TenZ on VeryGames and Titan.

Fnatic and LDLC had a great rivalry going at the time, and Fnatic always seemed to barely get the better of the French side. Their quarterfinal match ended with LDLC winning, but not in the fashion they wanted to. The Overpass boost and Fnatic’s forfeit remains one of the most controversial events in the history of competitive CS:GO, and you should go watch RoomOnFire’s excellent documentary about the infamous “Olofpass” scandal. But the fact remains that the rivalry between the two teams was never resolved. Team LDLC’s victory was overshadowed by the drama surrounding the semifinal match against Fnatic. In other words: they won, but they didn’t win, if you know what I mean.

The entire event was surrounded by unnecessary drama–the wave of professional player VAC bans meant that the two other French lineups, Titan and Epsilon, were disqualified. Players like kennyS and ScreaM weren’t able to compete. The other Challenger teams were fairly weak, which meant that the level of competition at DreamHack Winter 2014 simply wasn’t as high as it could have been.

MLG Columbus marked the first of two back-to-back Major wins for the fearsome Brazilian squad of Luminosity Gaming/SK Gaming. The most memorable moment of the entire tournament happened during the semifinal match between Team Liquid and Luminosity. With a home crowd in front of them, Team Liquid choked away massive round leads in two consecutive games, and LG’s comeback victories in the series against Liquid included coldzera’s epic jumping AWP shot on Mirage, one of the most iconic moments in CS:GO’s history.

In the finals, the Brazilians faced off against Natus Vincere–the CIS team had been their kryptonite up to that point. After an overtime win on the first map, LG stomped the second game. Yawn.

That being said, s1mple emerged as a superstar at MLG Columbus, carrying North America to a Major semifinal for the first time since 2014. Fnatic were heavily favored before the tournament started, and for good reason–the Swedish team had won 6 events in a row after replacing pronax with dennis.

Unfortunately, the tournament’s significance and, ultimately, its legacy is diminished by the fact that GuardiaN and olofmeister were injured. When the two best players in the entire world are competing in subpar condition for medical reasons, the outcome starts to lose meaning. Ninjas in Pyjamas can add their name to the list of teams and players that are able to put an asterisk next to to Columbus, since pyth’s visa issues forced them to use their coach, THREAT, as a stand-in.  LG’s win was great, and North America got a big enough win under its collective belt to start feeling cocky. Life goes on.

At the ELEAGUE Major, the Danish lads on Astralis finally overcame their choking issues and won a major final. The removal of karrigan for gla1ve was a surprising turnaround for the team, who began their rise to power near the end of 2016. The grand final against Virtus.pro was a fantastic series, and Astralis defeated the final bosses of CS:GO 2-1. Honestly, when the games are this good, everyone’s a winner.

This was the first Major where Valve used the Swiss system as a format for CS:GO’s largest tournaments, and the experiment proved successful–the tense best-of-three elimination matches meant that this time, premature group stage exits couldn’t be excused by the “randomness” of best-of-ones. SK’s journey to the semifinal using fox as a stand-in was quite a remarkable feat, and demonstrated the resilience of FalleN’s leadership abilities. Keeping with tradition, the Brazilians had a tense showdown with VP in the semifinals, but the Polish squad prevailed.

However, the ELEAGUE Major also has plenty of asterisks attached to the results. Many teams were using stand-ins SK, and a surprising amount of players went into the event with full knowledge that they would be changing rosters after it was over. Fnatic and GODSENT had plans to swap players. EnVyUs and G2 Esports were happily awaiting another French shuffle, and both teams put in performances that it wouldn’t necessarily be unfair to describe as “lazy.” Astralis earned the title, and their victory in Atlanta will always be remembered as the fitting end to a period of uncertainty in professional Counter-Strike.

ESL One Katowice marked the beginning of the Fnatic dynasty. Under the leadership of pronax at the time, Fnatic had a dominating run to the grand finals, where they faced off against the fellow Swedes of Ninjas in Pyjamas, the original kings of CS:GO. The final was a highly competitive three game series between the two most successful cores in all of CS:GO. Before Katowice 2015, Ninjas in Pyjamas were always contenders for first place, and Fnatic’s victory represented a passing of the torch. It was, in every sense of the phrase, a changing of the guard, and the clash between the two Swedish teams proved that even if you’re on top for a while, you’re never the best forever.

Fnatic weren’t tested at all until the semifinals, where they faced Virtus.pro. While the fearsome Polish plow reared its head a couple times, Fnatic claimed a 2-0 series win and earned a ticket to the grand finals. With all the top teams in attendance, Fnatic’s dominance at ESL One Katowice 2015 was even more impressive. Undesirable group and quarterfinal draws do diminish Fnatic’s victory at the tournament, but only slightly.

The quarterfinal matches at Katowice ’15 all went to three maps, and even though NiP’s form was shaky, the fan favorites still managed to make a trip to the finals, where they were bested by what would become the greatest lineup in CS:GO history.

FalleN’s squad, now with SK, won their second major in a row besting Liquid in the finals. SK played a great series with VP in the semis, while Liquid had two close maps with Fnatic on other side of the bracket. After winning their first major LG had a dip in form only to return to prominence with another major win here.

Because of personal problems in the team, this would be s1mple’s last tournament with Liquid. Despite this fact, he once again put the team on his back and carried them, this time all the way to the major final. His dropping no-scope AWP shot on cache against Fnatic was unbelievable and is an all-time great play.

The lineup of Astralis was decimated at this event, as they had to use two stand-ins because of dupreeh’s surgery and Kjaerbye not being eligible. Counter Logic Gaming also had to use their coach pita as a stand-in. Regardless of these substitutions, the tournament was still highly entertaining.

Previous articleRoster Volatility: Why ‘Staying the Course’ Is a Bad Idea
Next articleSEMPHIS: The Man with the Mouth 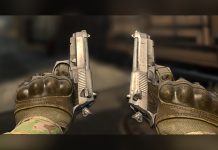