Kory “SEMPHIS” Friesen is a well-known, albeit occasionally polarizing, North American CS:GO player. Although winning a large international tournament continues to elude him, there’s no denying that SEMPHIS has an impressive competitive resume. He’s been a staple of the NA Counter-Strike scene since his days on Area 51 Gaming, where he played alongside Sam “DaZeD” Marine, Spencer “Hiko” Martin, and Sean “sgares” Gares. At one point, SEMPHIS ranked highly among the region’s elite–while on compLexity Gaming, he reached the semi-finals at DreamHack Winter 2014, and, to this day, it’s an accomplishment that he shares only a small group of his peers. In the years that followed, however, SEMPHIS has been unable to replicate that success, bouncing from team to team in pursuit of victory.

Over time, SEMPHIS has attracted more attention with his words and actions than his play in the server. He’s said and done numerous things during his career that have turned heads and caused quite a bit of controversy. SEMPHIS has never been one to shy away from speaking his mind.

Back in early 2015, SEMPHIS was still playing for Cloud9. The team was going through changes. Hiko, arguably the best North American player at the time, left the team at the end of 2014, and had been replaced with Shahzeb “ShahZaM” Khan. The team wasn’t as strong, and the effects of Hiko’s absence were clear when they failed to make it out of the group stage at ESL One Katowice 2015, the first Major of the year. ESL released videos with player comms from the event, and the chaotic voice recordings confirmed the suspicions of many fans: Cloud9’s was unable to communicate effectively, especially under pressure.

SEMPHIS and ShahZaM were removed from Cloud9 not long after Katowice 2015. SEMPHIS went on to join Nihilum, and in an interview with Mohan “launders” Govindasamy, he openly admitted that he and his teammates were on Adderall while playing at the previous major. Adderall, he claimed, was at least partially responsible for the team’s chaotic comms at the event. However, it wasn’t just Cloud9–SEMPHIS commented that unprescribed stimulant use was a common practice in the world of professional Counter-Strike.

While SEMPHIS laughed it off during the interview, it was a controversial revelation, and the interview raised serious questions about the use of performance enhancing drugs in esports. ESL implemented drug testing at their events shortly after the interview was released. He may not have known how much weight his words carried at the time, but the connection between SEMPHIS and Adderall abuse is an indisputable part of his legacy.

While he’s not unique in this regard, SEMPHIS has a reputation for posting ridiculous things on Twitter. Who could forget the time he tried to draw comparisons between the MongolZ using Genghis Khan as their logo to a German team using Hitler as their logo?

@mosesCSGO wouldn't that be like a German team having hitler on the back of theirs?

Or perhaps the time he suggested a battle royale involving all banned players where the winner becomes eligible to play once again. In this case, SEMPHIS was (presumably) joking, but it’s indicative of his tendency to welcome controversy with open arms.

Battle royal event with all current major banned players, the survivor is unbanned.

While not all of his tweets are as inflammatory or provocative as his Adderall comments, it’s easy to find gems like these on his social media accounts. 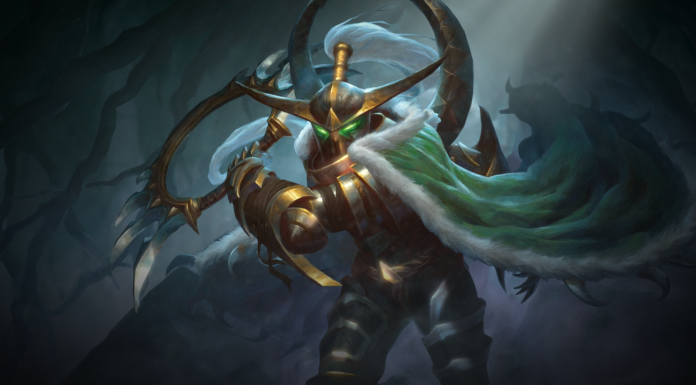 As his career has seemed to stagnate, SEMPHIS has become much more active on his YouTube channel. He often posts rants about CS:GO, as well as videos about his diet and exercise routines. Much like Valve’s reworks of Train and Nuke, SEMPHIS has gone through quite the visual overhaul during his CS:GO career, and has turned into quite the power lifter.

As a player, SEMPHIS is perhaps the embodiment of North America’s “scrimmy” playstyle, and, for better or worse, his fondness for illogical force-buys is a staple of his in-game leadership. He’s survived as a player and in-game leader by using his experience and veteran knowledge to surprise his opponents.

Personally, I don’t believe SEMPHIS was ever a great player, but his in-game skills can’t be dismissed entirely, at least in the context of North America. While his mechanical abilities have declined over the years, and he is no longer competing at a high level, the CS:GO community benefits from unique and entertaining characters like SEMPHIS.

Previous articleRanking the CS:GO Majors: Part One
Next articleThe Grind: How to Escape Semi-Pro CS:GO