FaZe Clan’s recent victory at StarLadder i-League StarSeries Season 3 was the organization’s first CS:GO tournament victory, and, for many of the players on the team, their biggest tournmanet win to date. FaZe has gone through several different iterations since the lineup first appeared in 2016, and had been dogged by yet another period of uncertainty before the arrival of their most recent acquisitions, karrigan and NiKo.

The landscape of professional Counter-Strike is as expansive as it is volatile, as teams and players constantly change hands. Many pros, especially in the North American scene have argued in the past that teams make roster changes too quickly. Players should, they argue, stay the course, work out their issues, and develop over time as a unit. It’s a romanticized view of esports–the ‘band of brothers’ persevering against all odds, sticking together through thick and thin, all that good stuff. Unfortunately, a look through the CS:GO history books makes it clear that ‘staying the course’ is rarely a good idea.

FaZe’s recent win came on the back off their acquisitions of karrigan and NiKo. Karrigan’s arrival provided FaZe with much needed in-game leadership and a tactical structure–two things the team had always lacked. NiKo’s insertion gave them a consistent superstar talent, and he’s the team’s “X Factor,” capable of taking over the game at any moment.The entrance of these two for FaZe is what made them contenders. FaZe always had talent but they never found the right mix.

The same could be said of Astralis, the best team in the world during the past few months. While karrigan was still with the team, the Danes were feared for their outstanding talent, but never found a way to get it to work consistently. The removal of karrigan for gla1ve was what put Astralis over the top and made them the best.

Looking at the past six premier tournaments, you’ll notice that the winners were all coming off of recent roster moves. EnVyUs swapped out DEVIL for SIXER a few months before winning WESG 2016. Gambit added Zeus a month before winning DreamHack Winter 2016. Ninjas in Pyjamas had to bring back pyth before winning IEM Oakland.

OpTic Gaming needed Tarik in their lineup before winning ELEAGUE Season 2. Even Cloud9 added autimatic about two months before winning ESL Pro League Season 4 last year. All of these tournament wins were prompted by roster changes, not by team development.

Virtus.pro: The Exception, Not the Rule

The one recent tournament winner who does not match this trend of roster shuffling is Virtus.pro. VP have the longest standing roster which dates all the way back to 2013. They have remained competitive with the same five-man lineup while everyone around them was constantly looking to make changes and improvements. 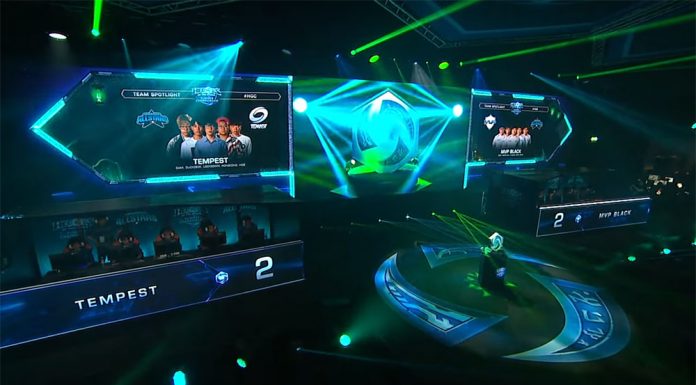 However, anyone who points to VP as a good example of how esports teams should be built and developed over time is sadly mistaken. VP are the outlier in terms of their remarkable success with the same lineup over time. They have been able to win tournaments year after year, but they’ve also suffered through plenty of rough patches. The team can win a tournament effortlessly one week and then bomb out of an event in groups the next. They have had their stretches of excellence, but have also had long periods of mediocrity.

VP are also unique in the fact that they have NEO and TaZ–the ultimate role players, these two are capable of doing whatever it takes to make sure the team’s stars perform. NEO and TaZ have been playing Counter-Strike for well over a decade and have the experience and savvy to take up any position necessary. This is how VP have gotten by. Instead of making roster moves, VP have swapped roles and positions giving themselves a new look. AWPing responsibilities, for example, have been traded around the team–for a while, Pasha was AWPing, then NEO, now Snax.

Not everyone can be the steadfast presence VP have been. In fact, not even VP can be that consistent a presence. The reality is that most teams need to make changes after a certain amount of time. After a few months or a few tournaments, we know what we can expect to see from a particular five-man lineup. After three or four events, it should be obvious whether or not a team can compete to win or not. At that point, some sort of change is usually necessary, whether it be a coaching change, stylistic change, or roster move.

Previous articleThe New Negev and R8 Revolver: Why, Valve?
Next articleRanking the CS:GO Majors: Part One