General Stephen Draper -
-6.8k
Path of Exile Shaping Before you start shaping your Path of Exile Atlas, we suggest you read our introduction to the Atlas. Once you have...
Redbull.com

In the hours leading up to the Northern Arena BEAT Invitational Dota 2 Grand Finals, I sat down with Jake “SirActionSlacks” Kanner to discuss his thoughts on the Dota 2 community. With the chaos and tension surrounding the upcoming finals, it was important to take a second and reflect on how we got here and where we are going as a community.

SirActionSlacks’ experience of the Dota 2 community began where most of ours did: in a match full of super toxic people. He had known that the community was brutal and mean, and it was off-putting. His response to the flamers: “I made dumb voices.” It’s a simple response but it worked. From there, his objective has been to make the Dota 2 community a “less try-hard, angry place”.

SirActionSlacks believes that the community is in a good place but it hasn’t always been this way. Not too long ago, the community went through a period where we were too serious. The Shanghai Major showed the community what happens when we get too concerned with our appearances and lose who we are. SirActionSlacks also commented on how the Shanghai Major functioned as a “call to quality”. Although we had hosts and casters, we needed individuals who were professional and who were more than just Dota 2 players.

The Golden Age of Dota

From the Shanghai Major to now, SirActionSlacks believes “we are in the golden age of Dota.” He commented that “the game is as balanced as ever and the atmosphere and community is good.” While we have a good balance, Jake also believes that we need new talent. It’s not hard to remember how upset the community was once Clinton “Fear” Loomis retired. The only way a community can continue to thrive is if we constantly infuse it with new talent, both players and commentators.

If we are in the golden age of Dota, where do we go from here? Women. SirActionSlacks discussed how a “Women’s revolution” is the next step in Dota 2. We have amazing women like Sheever and Anneedroid who are amazing at what they do. Their commitment to continuing their game knowledge and their casts represents that “call to quality” we needed.

We both agreed that we need more women in the field of eSports and on professional Dota 2 teams. It’s safe to say that once the first all-girls team for Dota 2 is announced, we’ll be the first to buy tickets to their tournament!

I think there’s a lot to be said about the current state of the Dota 2 community. We have learned a lot from the Shanghai Major and we are continuing to grow. Progress comes when we can acknowledge our faults and grow. It takes having a really awful event to demonstrate what had to change and where we need to go. 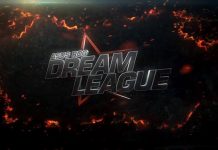