I started Path of Exile back in March, and since then, I’ve spent over 2000 hours wandering through Wraeclast in pursuit of loot, levels, and everything else the game has to offer. (I have a life, I promise.) Even in all that time, I have so much left to learn about the game. I would consider myself a decent player, but I’m light years behind the best. However, I’m certainly not new anymore, so I decided to talk to a completely new player (under 20 hours of gameplay logged) and take some time to reflect on Path of Exile’s new player experience.

Theorycrafting is King in Path of Exile

Path of Exile is an extremely tough game if you don’t know what you’re doing. But that can be half the fun. There are two ways to experience the game as a new player: you can either make your first build by yourself knowing it will be suboptimal, or follow a guide. Many players opt for a combination of the two approaches during their first playthrough, either for the purposes of experiencing the game without being overwhelmed or simply for the sake of efficiency. The new player I was talking to had decided to make his own character, and as he told me, he was spending just as much time deciding where to go on the skill tree as he was actually playing the game. I decided to follow a guide and tweak my characters later as I understood the game better. Both of us have enjoyed ourselves immensely, and there really is no wrong way to get started with Path of Exile. A note for anyone interested in seeing a purist approach: check out CohhCarnage’s playthrough, where he read no guides ahead of time.

Path of Exile is a multiplayer game, but you’ll be playing on your own or with close friends for 90% of your playtime. This is perfect for encouraging experimentation and playing at your own pace. If you want to read nothing and play through the game blind, you can do that. It took Cohh dozens of hours to reach the end game, but it takes me around 10 hours on a fresh character, and I’m slow compared to fast people. But that’s fine, and he experienced a very different game than I ever have.

One of the things that the new player I talked to expressed confusion about was the fact that there is a “meta” in what is mostly a solo game. Path of Exile does have a meta, but it’s entirely self-imposed by the community. There are builds designed for clearing fast and builds designed for bossing fast. There is a “meta” in the sense that there are established tiers of specific builds that are best at performing various tasks.

But if you want to make your own build, you’re probably fine. You likely won’t be able to clear the highest tier of maps or bosses, but you can do most of the game’s content, and experience something entirely new. There’s no punishment for experimenting, and you’ll likely generate currency for your next playthrough on the way.

This section might not be something that a lot of players are interested in. But for both my friend and I, competition is something that keeps us interested. As a new player, he noted that it felt like Path of Exile didn’t have much of an end goal, because there wasn’t any source of competition and the game’s fairly disappointing PvP is essentially dead. Which is why I told him all about the racing scene in Path of Exile. 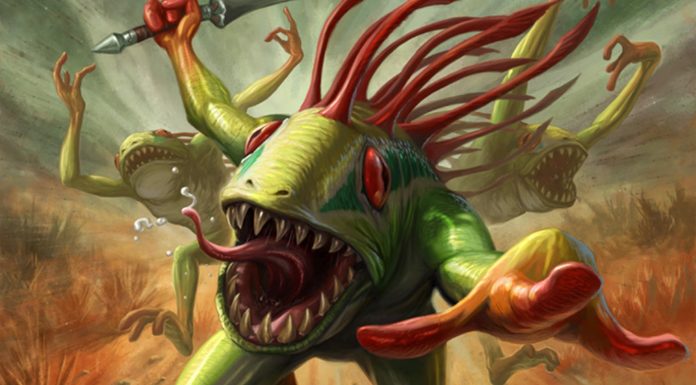 In the past month, racing has become a massive community event. Havoc, one of the racers, was tired of waiting for a GGG-sanctioned race season, and decided to make his own. He got a bunch of professional players and racers together, and they’ve now hosted over 20 different racing events, using different rules and stipulations each time. The best part? It’s entirely commentated, and by using multi-Twitch, we can watch all the racer’s progress as they go. Path of Exile may not be an inherently competitive game, but if you’re looking for the competitive side of it, you can certainly find it. (Here’s a great video..)

My friend loved the idea of racing, and made an interesting suggestion for an addition to the game to help introduce new players to races: add racing “ghosts” to the game, similar to the ones you encounter in a game like Mario Kart. You could try to complete a section while measuring your progress against your own best time or some of the community’s fastest racers.

Pros and Cons of the New Player Experience

The best part of being a new player in Path of Exile is the sheer amount of content you’re presented with. You can sit and play for hours, watch and read guides, and peruse forums for build ideas. My first week playing the game, I logged about 100 hours while watching guides the entire time. After all of that, I was still a complete noob. I never got bored, partially because any time I thought I had mastered something, I’d learn something new and, in the process, discover even more content to devour, in-game and otherwise. If you’re interested in the videos I watched, I started here.

The biggest stumbling block for new players is arguably the exact same thing: Path of Exile is a complex game, and it can be extremely overwhelming. I watched 100 hours of videos my first week and all that information accounts for about 5% of my current game knowledge. Path of Exile is too complex for anyone to fully simplify into a single video series, even one that’s dozens of hours long. If you’re someone who enjoys progressing slowly and learning for hundreds of hours, the game will be perfect for you. If you’re someone who can’t stand games being obtuse, sometimes without a good or apparent reason, this can be an easy source of frustration.

Here’s a good example: I’m currently working on crafting a ring, and while I’m doing it, I have a page up that lists every one of the values and modifiers the ring can roll. After 2000 hours, I’m still learning how to streamline the gameplay experience. This ongoing process of digesting information and sifting through it is one of the “love it or hate it” parts of Path of Exile.

Different Leagues in Path of Exile

To be fair, I can’t blame the new player I talked to for not understanding the different leagues Path of Exile has to offer. I was lucky enough to start just before the last set of leagues was introduced, so it wasn’t nearly as confusing for me personally.

There are now eight different leagues that you can play in, each with its own economy and players. They are separated by ‘league’ and ‘standard’, as well as ‘softcore’ and ‘hardcore.’ Standard is the base game. It’s permanent and has had a persistent economy since the game’s release. Because it has been around for so long, all the items you could ever want have been crafted, and are quite cheap due to supply and demand. Builds in Standard are, in general, cheaper and stronger.

Leagues, on the other hand, are temporary, and most players spend the bulk of their time playing in a league. The way that Grinding Gear Games (GGG) adds new mechanics to the game is through the leagues. Each league comes with its own gimmick. The current league is ‘Harbinger,’ and they have added packs of Harbingers that spawn at random points in maps, as well as new currency and an additional map.

Path of Exile’s various leagues serve as a way to playtest and add these mechanics to the overall game. During a league, however, standard players will not have access to the league’s mechanics–this means no one in Standard has access to the new Harbinger mechanics. Once the league has ended, GGG decides how best to add the mechanic to the base game. After the league is finished, Standard gets updated to accommodate this, and any additions to the base game will get included in the next league. Most players play the leagues, partially because it’s “fresh” and more interesting, but most players enjoy diving into a new economy every few months. Progression is far more exciting when there aren’t a million perfect items on the market.

Once you’ve decided whether you’re in Standard or the current league, there are four separate ways you can play the game, each of which separates you from other players who chose differently. First off, there’s softcore and hardcore. In softcore, if you die, you lose experience. You may also have other penalties depending on the zone you are in, but punishments are fairly limited. In Hardcore, if you die, your character is permanently moved over to Standard Softcore. This is particularly bad for people playing within the leagues, because your character gets moved to Standard. For many players who exclusively play leagues, dying in Hardcore means you’re essentially deleting your character. Hardcore is, as you might expect, more difficult, and the economy is far more volatile–items are constantly being removed from circulation when players die, and boss drops are fundamentally risky.

Path of Exile added another option around the time I started playing back in March of this year, called “Solo Self-Found” (SSF). If you choose Solo Self-Found, you can’t interact with other players or characters outside of the mode–this includes transferring items from your characters in non-SSF modes. You have to start fresh, and can’t rely on trading or stockpiled loot to make the game easier. This adds an extra layer of challenge, and SSF is  mostly reserved for elite players who want to score bragging rights. You can play SSF Softcore or Hardcore.

In other words, it’s no wonder why a new player would be confused about all the different leagues in Path of Exile. That being said, the fact that you start in Softcore and can then work towards SSF, Hardcore, or even SSF Hardcore gives players the option to explore self-imposed challenges at the pace of their choosing. I’ve stuck to Standard, but I know I’ll try SSF at some point.

Path of Exile can be an incredibly rewarding experience, but sometimes it takes knowing where to look in order to enjoy the game’s finer points. So how will you play? On your own, or with a guide? Will you trade, or be a lone wolf? And do you have what it takes to race against the best? 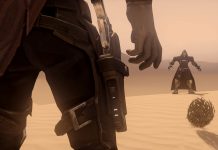