I’ve recently started to notice a phenomenon in competitive gaming. It’s something I saw in League of Legends years ago, and was reminded of in brutal soul-crushing fashion last week when I played Destiny 2’s PvP mode. In the latest generation of competitive games, individual skill is no longer enough. The “perfect player” in a modern multiplayer game is one who can stick with their team at all times, no matter what the situation is. Welcome to the team player meta.

All of the the esports that have made it big have emphasized teamplay for a long time. League of Legends, Dota 2, CS:GO–these are all games that are based around working as a team to accomplish a specific goal. And that’s fine, because the professional esports you’ll see on stage looks incredibly different from the casual day-to-day fooling around with your friends. The gameplay divide between professionals and casuals is massive, and the professionals are, for presumably obvious reasons, far more focused on using teamwork to win. This distinction was most evident for me in the early days of competitive League of Legends. In casual play, the meta has always been one person top, one middle, two bottom, one jungle. In competitive games, however, players quickly dropped this setup in favor of placing two champions top instead of two bottom. It was initially done as a mind-game counter for certain compositions, but quickly became popular. This setup never really took off in casual play, mostly because it required communication between teammates and the game awareness necessary to recognize what situations it was most effective in. 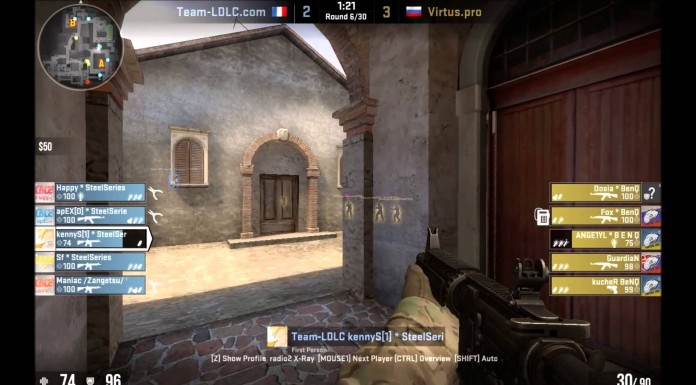 League of Legends is a very intense game, particularly at higher skill levels. However, most players fall back on the two bottom setup, and know where they will go regardless of role. In fact, when Team Builder Mode was added, Riot only allowed players to follow the one top/two bottom meta. This type of security helps make a game like League of Legends easier to play at a casual level. You’re not required to communicate with your teammates, as long as you understand your role and perform well. You’ll also be able to understand what the enemy team is doing 99% of the time, since they are following the same rules. The mind games are reserved for the big stage, where the players analyze not only the game, but their opponents, long before the match actually starts.

The Joy of Solo Play

Most games, even team-based competitive ones, still have built-in systems that are designed with the solo player in mind. In League of Legends, the only ranking that players–and Riot’s matchmaking system–care about is your solo ranking. Even though League changed the queue system to accommodate full five man teams, the matchmaking is still based off of each player’s individual solo rank. In PUBG, regardless of who you are paired with in Duo, it’s your own stats that matter. The game doesn’t really care who you pair with. It only cares about how high you place and how many people you kill. It’s all about you, no one else. You may be working as a team, but at the end of the day, every man’s statistics are an island.

The reasoning behind design choices that favor the solo player isn’t hard to identify. Team-based games are cool, but a game will only survive when players are able to enjoy playing it by themselves as well. Imagine if all of the solo players quit League of Legends or Overwatch. The playerbase would be cut in half overnight. These games are kept alive by the solo players, and developers know it.

This is also reflected in the gameplay. There’s nothing better than dismantling the other team by yourself. Popular team-based games embrace the idea that a solo player, if good enough, can singlehandedly decide the outcome of a match. In PUBG, solo players regularly wipe squads of four. In CS:GO, there’s nothing more satisfying than pulling off a 1 v 5 ace. If you play these games regularly, you’re probably remembering your own awesome solo play right now. These moments stick with you because they are what make the game feel, for lack of a better word, “epic.” Knowing you can take out a full team alone makes you feel invincible, and it’s an adrenaline rush that keeps you coming back for more.

With all this being said, we’re seeing a serious push towards mandatory teamwork in multiplayer games, even in casual settings. And it’s not just a general ‘working with your team yields better results’ situation. I’m talking about teamwork in the sense that you’re basically useless without your team. Attempting to make a heroic solo play is no longer just ‘bad,’ it’s often enough to guarantee a loss. These are the types of games where no matter how strong you are, you can never win a 1v2, because of how the game was built. The biggest offenders here are League of Legends and Destiny 2.

Ironically, both games suffer from the same problem, but they arrive there in very different ways. In Destiny 2, they increased the time to kill (TTK) by a ridiculous amount. They also added in a mechanic called team shotting that makes teammates deal more damage if an ally has shot the same target recently. These two mecahnics combined make 1v2ing almost entirely impossible. It takes so long to kill the first target that both players will have noticed you before you finish. If that wasn’t enough of a disadvantage, if the first player hits you with even a single bullet before he dies, his teammate will be doing massively increased damage to you. It’s never worth it to go for the jugular as a solo player. Hold hands with your teammate, and you’ll be fine. As long as you’re attached to your team at the hip, you’re relatively safe and making the tactically correct choice.

League of Legends, as I said, has had the opposite issue. The skills and items in the game have gotten more overpowered as the game has gotten older–this is an excellent example of power creep–which means that everyone’s damage output is also increased. Due to the passive gold generation in the game, it’s almost inevitable that every player will become powerful as the game progresses, even if they’re doing poorly. Again, winning a 1v2 is going to require a massive mistake from the other team. Your opponents are either incredibly tanky, deal almost as much damage as you, or have so much mobility that you can’t hit them. When a player who’s 0-20 targets you with their stun, you’re locked in place, no matter how bad they are. There’s always something stopping you, and taking multiple targets out is impossible. Gone are the days where a 10-0 player can delete two or even three opponents in the blink of an eye. I have a friend who constantly moans to me about games where he is 30-5 and simply cannot carry his team. Your teammates may be bad, but having 30 kills should mean you’re able to bend the game’s forces to your will. Instead, you’re forced to stick with your team, because it becomes a game of numbers, rather than skill, in many cases.

I’m being overly fatalistic here, and I understand this. But these games have let me down, and I’m tired of seeing the gaming industry embrace the death of the solo player. Teamwork is important. I’m not trying to argue that it’s not. But what keeps me playing video games is the rush that I get when I pull off something amazing. Taking out three opponents, winning fights unscathed, being able to carry my team to victory. Those are the moments I live for. That’s the power fantasy that made multiplayer video games successful in the first place.

And yet, those are the same moments that are removed when teamwork is king. Sure, staying glued to your team is tactically sound. You know what else it is? Boring. And in many games, it’s incredibly frustrating. One of the many reasons why players complain about terrible teammates in esports titles is that you often to need your team to win a game. Even if you go 30-5, if your teammate gets picked off, you’re going to lose. And that’s exasperating for everyone involved. Stop pushing out solo play in favor of teamwork. The esports pro teams have mastered teamplay, and if we want to see that, we’ll watch them. We want to feel the rush of outplaying the other team on our own terms. That’s the feeling that keeps us coming back. And without it, we don’t. I’ve quit playing League of Legends and dropped Destiny 2’s PvP without a second thought, although both games still have a special place in my heart. But without the rush that comes from pulling off a ridiculous play by yourself, these games feel like a chore, and one I choose not to indulge in. Give solo players a chance to run the show if they’re good enough, and I’ll run back with arms outstretched.