These days, what game developer doesn’t want a piece of the esports pie? It’s probably the most lucrative foray that any company can make in the modern video game industry, and for quite a few reasons: dedicated fans, new content every day, self-driving narratives – the list goes on and on and on. And yet, it’s blatantly obvious that many game devs have no idea what they’re doing when it comes to trying to “make their own esport.” These are our four simple rules for turning a multiplayer game into an esport and avoid the “competitive game limbo” that so many titles seem to be stuck in right now.

People – fans, investors, esports organizations, competitors – need to see a legitimate amount of money thrown down before they’re willing to fully commit. It’s not enough anymore to have a game that has competitive elements. Without an official league, there’s virtually no chance of reaching “esport status.”

Take a look at two of the leading titles: Overwatch and League of Legends. The former has a $20 million buy-in for a professional team slot, while the latter still carries a hefty $10 million entry fee. They’ll be operating on models of revenue sharing and have guaranteed income for players. If nothing else, the money shows commitment. It’s hard to back out of a 8-figure investment.

Super Smash Bros’ Melee is the best example of how to make an esport out of nothing. For the longest time, the community existed on the blood, sweat and tears of a diehard fanbase. In 2013, the game saw a major resurgence due to the Smash Brothers Documentary which vaulted the underground fighting game into the mainstream.

What many newcomers fail to realize is how long the scene was sustained through grassroots efforts alone. Because of this, the esports scene is incredibly robust and stable in spite of many destructive forces, including a supposedly-succeeding title: Super Smash Bros’ 4. Games like Melee, Smash 64 – hell, most of the titles at EVO – are living examples of why you need to embrace the grassroots.

3. Balance around the best players

Game balance is a direct input to game health – and subsequently, game longevity. If you want a successful esport that isn’t buzz alone, you’re gonna need to have good balance.

Some video games attempt to cater to both casual and competitive audiences with their balance. If you want to make an esport, just forget about the filthy casuals. Frankly, I think you can apply that to any title. Casual players really don’t care about balance that much – what they think is strong is a result of the most recent YouTube video they’ve seen about the game. On the other hand, competitive players will abuse the shit out of anything unbalanced. You run the risk of getting a really stale game really quickly, so make sure you keep the hardcore players happy.

Say what you want about StarCraft – the only point that is not at all up for contention is that it’s a difficult as hell game to learn. I can pick up any MOBA, snag a ranged carry, and do reasonably well. Even if I don’t, there’s usually a solid arsenal of characters that have 3-4 simple and linear skills to use. This low floor is accentuated even more in shooter games, where all you really need to do when you’re getting started is point and click.

Despite how amazing RTS games like StarCraft and StarCraft 2 are, they’re simply too difficult for the average gamer of this generation to grasp. It’s a bunch of time investment just to understand the game, and to get an esport, it’s not enough to just have hardcore gamers – you need a big audience.

Even think about the most popular traditional sports today. Soccer/football, basketball, and cricket come to mind for me. The cost to entry for each sport is ridiculously low. It’s a ball + some other apparatus. Compare this to ice hockey, which requires purchasing hundreds of dollars in basic equipment just to get started. Not to mention an ice rink.

In esports, the barrier is no longer money for equipment. Instead, it’s a skill barrier. Anyone trying to make an esport should be cognizant of not only the successes in League of Legends, Overwatch, and Smash, but also the massively failed projects such as matured StarCraft and Clash Royale. Keep your stuff accessible.

Of course, there’s so much more that goes into it.

The game itself has to be fun to play. There needs to be strong competitive aspects. But these are givens. The rules which I have prescribed above are the glaring gaps which game developers continue to miss, even as they tout their title as “the next big esport.” Developers need to make the conscious choice to be an esport or just remain a video game. At the end of the day, I couldn’t care less if no new esports emerge in the next decade. There’s already plenty of fish in the sea. 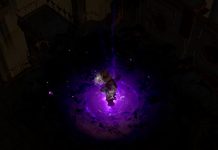