When Path of Exile’s 3.0 patch launched, Grinding Gear Games added three new offensive skill gems. They also tossed in a host of support gems, but only three of them are used as actual skills: Storm Burst, Charged Dash, and Dark Pact. Both Storm Burst and Charged Dash have been regarded as disappointing by a majority of the community. Dark Pact, however, might be one of the new strongest meta skills.

If you don’t know, Dark Pact uses the caster’s health to deal damage in an area around them. If there are skeletons nearby, it uses their health instead. When a totem uses the skill, it’s considered the caster and it loses health instead of you. Dark Pact is a very versatile skill, and if you want to try it out, you’ve got a variety of different builds you can experiment with.

My second build this league was a Dark Pact Totem Heirophant. You make use of four totems to blast the enemy into oblivion. It’s an incredibly safe build that doesn’t take much funding. However, it really struggled with the new high boss health, so I moved onto a different build.

Half a dozen experiments later, I decided to play a Self Cast Dark Pact Berserker. Making use of Vaal Pact and Cloaked in Savagery trivializes much of the content, and the damage is much higher than the totem variant. This one isn’t as cheap to set up, but it’s an absolute joy to farm with, and might be my new favorite build. I’m planning to try the Self Cast Occultist and Scion variants soon. Clearly I have a problem with making new characters.

I have not tried the skeleton variant, nor do I plan to. I have a bit of experience with it, and I’ll discuss exactly why I have no intention to make the build further down.

The Totem Variant is the one I’ve spent the most time on. As my second character, and the first one I funded, I used it to clear a lot of the end game maps. It was my first Tier 11 and 12 map farmer, which it did without any difficulty, other than the boss. The build is excellent both funded and unfunded, mostly because of how safe you are while playing it.

There are three reasons why the Totem Variant is extremely effective at keeping you alive. The first is that you rely on using Totems to deal damage. They allow you to stand back and dodge, which adds a lot of inherent survivability. Totems will also sometimes pull aggro for you, which means you don’t even have to dodge–simply cast more totems, and you’re all set. The second reason is that you make use of a Stone Golem. He provides extra regeneration, but the Stone Golem also uses a taunt, pulling enemies away from you. Just another way to sit back and not have to worry about getting hit. Lastly, you have quite a lot of regeneration, and use Mind over Matter. This makes you have a high effective health pool, and not be forced to use very many potions.

The playstyle of the Totem Variant build is fairly straightforward. You run near a pack of monsters, drop a totem, and keep running. The damage from the totems and the massive area is more than enough to wipe all but the strongest packs. For particularly strong rare or unique mobs, put down two or three totems, as you see fit. The clear speed is quite good for the build, prior to the boss. The boss itself is a bit harder.

This build clears trash mobs quickly, but its sustained damage is a bit lacking. You don’t have a wither totem to build up your damage because all your totems are focused on damaging. Also, the totems kill themselves as they attack, so you have to recast them often, even if the boss isn’t hitting them. The way to do extra damage to bosses is to make use of Vaal Summon Skeleton. It summons a mob of skeletons and your totems use their life to deal damage to the boss. This makes your damage a bit higher, and extends the length before the totems need to be recast. It also keeps boss fights stupidly safe, with 20 extra skeletons between you and the boss. Even with all that, however, the boss clearing is very sub par, and is ultimately the reason I dropped the build. However, if you’re interested in the build you can find it here. 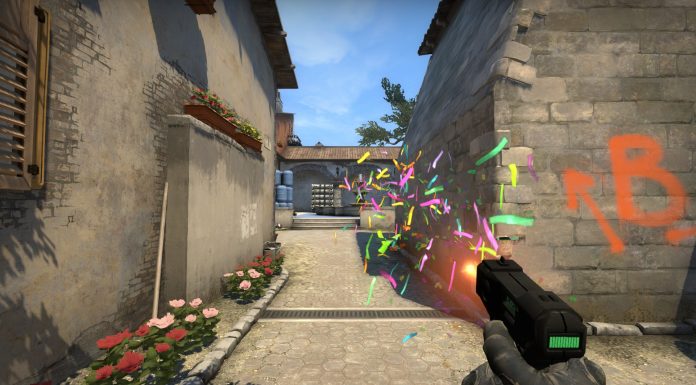 Dark Pact is a skill that was clearly made with the intent of using skeletons. However, virtually no one is doing that. The reasoning is fairly simple. There are stronger skeleton builds out there, so if you’re going to play skeletons, you don’t want to kill them off. At the end of the day, Dark Pact and skeletons don’t play nicely together.

See, Dark Pact casts in a circle around the caster. However, if you’re using a skeleton’s health, it casts in an area around them instead. Suddenly you’re relying heavily on skeleton AI, which is notoriously not very good. When I was playing the Totem variant, I would sometimes get screwed over by my skeletons deciding to wander off. Dark Pact will still target them, but they might not target the boss, which means your damage just wanders away from the boss, and you can’t do anything while it does.

Actual caster builds do have ways around this, such as Convocation, which recalls all your minions to directly in front of you. However, the clunkiness of this method ultimately makes the build not worth it. Especially since there are better minion builds out there! In fact, GGG showcased a better one this week.

We’ve saved the best Dark Pact build for last. The self cast variant of Dark Pact is undeniably the strongest. No matter what situation you’re in, this build is, without question, the most effective way to use Dark Pact. It’s slightly weak during leveling where Dark Pact hurts you more than you are leeching, but it’s significantly more dangerous than the other builds. That being said, the damage is multiple times higher than either of the others.

Self casting Dark Pact removes 6% of your max health every single cast. It also casts incredibly quickly. Currently, my level 80 character casts 5.8 times a second while buffed, and that’s without any direct casting gear, which means you’ll be able to get yourself down to one health in about three seconds. Without massive amounts of leech, that’s gonna kill you dead. Fast. And this is why the Berserker class is so strong. They get an inherent 1% leech, as well as 100% leech every time they take a savage hit (15% of their health). This makes you essentially immortal. Other classes can do this–Warlord’s Mark and Atziri’s Promise have a similar effect–but Berserker is definitely the easiest route.

Once you’ve stacked enough damage to outheal the 6%, you can start flying around the map. Personally I’ve been using the new Harbinger Sword, The Rippling Thoughts. It doesn’t give nearly as much damage as something like an Apeps would, but it allows the use of Whirling Blades and Shield Dash. It also gives you a Harbinger buff equivalent to level 21 Arcane Surge for four of every eight seconds. And it looks awesome. The Dark Pact damage is enough that you can be versatile in what weapon you choose. And since Dark Pact damage scales off your health, you can build extremely tanky and deal massive amounts of damage. Think of it as an easier, stronger version of Righteous Fire.

The biggest issue with a lot of fast clearing builds right now is that most of them are single target. And Dark Pact isn’t excluded from this, single target is definitely the hardest for them. They are doing less damage, so leeching is harder, and the new bosses have a crap ton of health. The way we get around this is by using a Wither totem. Wither is applied quickly and passively, and our damage skyrockets. This lets us to clear bosses easily and quickly, and since we have so much health–especially if you run a Temporal Chains aura–bossing is quite safe. If you’re interested in the build I chose to follow, it’s here, with videos included. 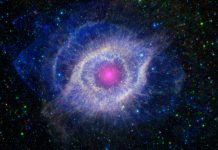