Dota 2 Craig Linscott -
-996
Silencer Here is a Hero that can silence entire stadiums of screaming fans. A fun trend that is going around in the larger LAN tournaments...
(Featured image by Esports Edition.)

With the launch of Path of Exile 3.0, several changes were made in terms of monster density. This is mostly in regards to the end game mapping, the monsters throughout the story seem unaffected. However, nearly every change to monster density has lowered it, and people aren’t exactly pleased.

Part of the discontent is due to the previous two leagues being very monster-heavy. However, there is some merit in certain current maps being extremely sparse. The discussion is important either way, and the resolution will be interesting.

Part of the issue here is that the maps nerfed were the ones that were extremely popular. This was done to lower experience efficiency in some maps, as well as provide a bit of map diversity. Basically, for the past few leagues people had been running Shaped Strand 24/7, and GGG wanted to change that. So they nerfed the density on popular maps.

This leads to two issues. First, there’s confirmation bias. People believe that all density was nerfed, they run their favorite maps – ones previously filled with monsters – and find that the density is much lower. It may not be indicative of the truth regarding density, but it sure feels like it is. This leads the the community to blow the issues out of proportion, as they continue to run the same nerfed maps, upset that they are nerfed.

The other issue is far more serious. People’s favorite maps before the change weren’t necessarily their favorites because of density. Strand, for example, isn’t actually that large, and you won’t get great returns on it for the most part. The reason people ran it, and Atoll, and Primordial Pool, is that the layouts are nice. Running them just felt good. No one wants to run Cells or Orchard, their layouts are incredibly difficult to manage. By lowering the density, they made the good maps feel bad, and the bad maps feel necessary. At its core, Path of Exile is a farming game. A lot of people, including myself, enjoy playing it while doing other things, like watching television. Maps like Strand lend themselves to the leisurely, relaxed playstyle. It’s nice to run in a straight line and have the mobs come to you when you’re mindlessly farming. Taking that away isn’t optimal, even if it came from a place of good intentions.

The density changes also came at the absolute worst time, league wise. We just came from Legacy, which was filled with all previous mechanics. Adding Nemesis, Breach, and Perandus to a map makes it have a whole lot of mobs. The league before was Breach, the most density heavy league ever, and also most people’s favourite. Now, suddenly, we’ve lost both of those leagues as well as our base density. It feels kind of crappy.

That being said, it doesn’t mean that it’s the wrong way for the game to go. It just means that it feels bad after such density heavy leagues. If this is the direction GGG wants the game to go, fine, but we’re going to need some other rebalancing as well. Right now we’re used to high density maps with lots of loot, from the last two leagues. Dropping us into this league where bosses have double health but crap drops, and the density is gone? Where’s our loot?

The big problem with the last two leagues versus this one is Breach. Breach was amazing, and Breaches are the most fun the game has to offer. But they’ve decided to lower it to a 10% spawn chance in maps. Ten percent is way too low to experience the thing that makes the game feel great. To combat this, they added a Zana mod that allows you to spawn two breaches per map, guaranteed. However, it costs six chaos per map. It will be insane for leveling, but cost-effective farming seems rather questionable. Some testing will be needed before I write it off, but it seems sketchy. The other issue is Zana’s level eight. I’ve been doing my dailies for Zana every day of the league and I’m almost halfway through level six. Most players will never get her to eight.

People run maps for two reasons. Experience and currency. Both of those are directly linked to the number of monsters on a map, and their speed at clearing them. If they aren’t going to make back their money, then there’s little incentive to run the map. If the experience isn’t efficient because the mobs are spread out, same deal. In this league, that is starting to be a serious issue.

Running maps has always been profitable. As long as you aren’t paying too much for them, which is rare, you’ll get returns just by running them. Map drops, currency drops, and divination cards provide a fixed income, while uniques pad it. But for all of that, you need density. Last league the more expensive and popular maps went up to 5 chaos a piece. This league, there’s no way you could hope to get that back, simply because of mob density. It’s keeping the economy down in terms of map prices, but the rest of the game isn’t sitting around. We’re making less money, but the end game items are still bonkers expensive.

The mob density was what allowed slow farmers to compete. Players like me that waited a few weeks before really getting into a build. Right now it’s three weeks after the league start and I have five characters over 70, because I enjoy messing around more than hardcore farming. But I eventually buckle down, make some currency in maps, and buy my end game items. This league, that’s harder than ever. I’ve just gotten to the point where I’m buckling down, but the currency is only trickling in. The uniques are actually more expensive than last league, but my piggybank is half the size. The payoffs don’t match the input, and a lot of players are feeling it. Hopefully GGG does something about this soon. The game just doesn’t quite feel as fun with the lowered density and lack of Breaches. I want my mobs back! 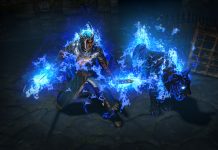