General Stephen Draper -
-6.8k
Path of Exile Shaping Before you start shaping your Path of Exile Atlas, we suggest you read our introduction to the Atlas. Once you have...
(Featured image via ELEAGUE.)

‘Skill floor’ and ‘skill ceiling’ are terms you will likely come across when playing or discussing competitive gaming. But what do these words actually mean? It’s not too hard to grasp the basics, but understanding how these concepts play into your own mastery of a particular game is incredibly important.

You might build a house from the floor up, but we’re going to start off with skill ceilings, since it’s the more commonly referenced term. It’s worth noting that every activity–whether it’s cooking, playing musical instruments, or weightlifting–has a skill ceiling, but skill floors are often harder to identify or less important, especially outside of a gaming context.

In layman’s terms, a skill ceiling is the highest potential skill there is in a given activity. Let’s return to one of our examples from above: playing the piano. You can be decent if you practice for a few years, but the world’s best pianists showcase the full capabilities and possibilities of the instrument. In other words, playing the piano has a very high skill ceiling. On the other hand, a task like data entry typically has a rather low skill ceiling, because working at peak efficiency is generally quite easy. (We’ll go more into skill floors later.)

These are terms that have been coined by the gaming community due to the extreme skill potential present in nearly every large competitive game. This is especially true with games where the action unfolds in real time, since you need fast reaction times, deep understanding of the game itself, and extremely well-developed muscle memory. League of Legends, Overwatch, Dota 2, and CS:GO are all perfect examples of games with inherently high skill ceilings. In all four, you have to master different roles, understand how to play against and with them, adapt to having random players on both teams, execute your strategy perfectly, and be fast enough to make your move first. Doing all of this simultaneously to perfection borders on impossible. It’s also the reason these games are so competitive, and have such large esports scenes.

The fewer complex mechanics a game has, the lower its inherent skill ceiling. For example, Hearthstone has a much lower skill ceiling than any of the aforementioned games. It’s turn-based, so the speed and muscle memory reactions are almost entirely removed. Also, instead of being 5v5 (or 2v2), Hearthstone is a one-on-one scenario. This cuts down the skill ceiling considerably, since you don’t need to adapt to your teammates. Additionally, you know what deck you are going to play going in. Unlike League of Legends or Dota 2, Hearthstone doesn’t have a drafting stage where your opponent could throw a wrench into your plan. I’m not saying that Hearthstone doesn’t have a high skill ceiling or players can’t be exceptionally good at it, but this illustrates just how high the skill ceiling in today’s competitive games can be.

Why Do Skill Ceilings Matter?

What’s the relevance of skill ceilings? For most gamers, skill ceilings aren’t particularly important. You can figure out for yourself what champions or decks or loadouts you’re good with. Perhaps you’ll be able to find other archetypes within your skill range a bit easier, but that’s about it. Where the skill ceiling truly comes into play is in the development stage of a game.

When you’re designing a new archetype – decks, champions, loadouts, weapons, all that good stuff – the skill ceiling is extremely important. Players should be rewarded for piloting an archetype proficiently. However, you can’t make this new archetype so strong that it decimates everything else that’s in the game. The developers have to strike a fine balance, and it’s extremely difficult to find. It often comes down to a decision by the developers: do they want to balance their game around professional or casual play?

Riot has, for the most part, decided to balance around professional play. League of Legends has several champions that are only good if you’re playing them well enough to be a professional. The main culprit here is Azir, who has one of the highest skill ceilings of any champion in the game. If you’re good at him, you can be a god. However, if you’re not, he’s complete and utter trash. They’ve balanced the champion around professional play so that he doesn’t dominate the professional scene, and as a by-product, Azir is completely unusable in casual play–in other words, the vast majority of the playerbase. But when we see pro players on Azir, they’re able to pull off ridiculous moves.

If we look at Dota 2, Earth Spirit is another hero who fits into this category. The hero has incredibly powerful abilities, including disables (a stun and a silence) and an escape. In teamfights at a professional level, Earth Spirit’s abilities can singlehandedly turn the tide of a game. Check out this clip of Kaka’s Earth Spirit from TI7.

In non-professional settings, it’s a totally different story. You might run into someone who’s played hundreds of games on Earth Spirit and destroys your entire team, but it’s unlikely.

Hearthstone, on the other hand, has balanced around casual play. Decks with extremely high skill ceilings…don’t really do much. It’s often better to play a pure face deck than a deck that requires considerable thought and careful planning. This makes casual play easier, because players can pick whatever they want and play it, and usually have decent success. Unfortunately, it leads to extremely boring professional play in many cases because the professionals are also playing the really easy decks. Neither way of balancing is necessarily “better” than the other. It’s just a design choice.

What is a Skill Floor?

This brings us to skill floors. A skill floor is the counterpart to a skill ceiling. A skill ceiling is the level of play that’s possible with training and mastery. A skill floor is a way of describing how difficult it is to begin the process of mastery. For example, playing Widowmaker in Overwatch isn’t easy if you don’t have a background in other FPS titles. In order to even be relevant with her, you need to have exceptional aim and positioning. The skill floor for Widowmaker, in other words, is very high — if you want to be somewhat competent, you need to have mastered a variety of game mechanics.

Hearthstone has many low skill floor decks, but there are exceptions. The new Dead Man’s Hand deck has an extremely high skill floor. You need to understand Hearthstone extremely well to pilot it. I’ve been playing Hearthstone for five years, reached legend many times, and I still have trouble with the deck. You need to understand every single deck in the meta and know their win condition so that you can know what cards to save. You also need to know how to whittle your own hand down to just those precise cards. If you don’t know how to do all of this, the deck is basically useless.

Even though Hearthstone inherently has a lower skill ceilings than other games, the skill floor can still be high in certain cases. It’s actually easier to have high skill floors in Hearthstone, because players are responsible for making the decks. League of Legends can’t put out a champion that is too hard to play, or else people likely just won’t play it. But Hearthstone just puts out cards and players make the decks themselves, thus creating their own skill floors. Different game genres allow developers to manipulate skill floors in massively different ways.

At the end of the day, skill floors and skill ceilings might not mean much to you. But they are important terms that describe not only difficulty, but potential within an archetype. Both are also incredibly important when it comes to the development side of gaming. And now you know why.

Previous articleInterview with Chris Wilson: What’s Next for Path of Exile?
Next articlePride and Prejudice: Absent Women in Esports 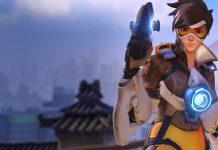