League of Legends Warren Francisco -
-38
The Volibear Rework Allows him to Storm onto the Rift with a Whole New Kit With Riot Games’ recent...

Dota 2 Eugene Torubalko -
-23
Dota 2 Beginner Heroes - Learn to Be the Best In case you are just starting your journey...
(Featured image via Grinding Gear Games.)

Chris Wilson is a Producer and Lead Designer at Grinding Gear Games, and he took some time out of a much-needed vacation to chat with Esports Edition about Path of Exile’s The Fall of Oriath expansion, the current state of the game, third-party programs, and optimization issues.

The Fall of Oriath

Jungroan Lin (EE): The Fall of Oriath was a huge step forward for the ARPG genre, shifting from the ‘3 difficulties’ paradigm into a ‘single difficulty’ expanded storyline. Why has it taken so long to turn this corner?

Chris Wilson (CW): We strongly believe in the “Rule of Three” – that having three choices or three repetitions of something is a much stronger number than two. While we heard the community’s feedback that they wanted us to remove a difficulty level to reduce repetition, we knew in our hearts that the only true solution would be to remove both of the extra difficulty levels, reducing the game to a single ten-act playthrough. This required the commitment of making an additional five acts of content, on top of the new fifth act that we had been working on for a year by that point. To answer your question about why it took so long, it takes a long time to make that much content!

EE: What parts of 3.0 is the Grinding Gear Games team most proud of?

CW: Honestly, I expect that everyone is proud of different parts. So many areas had to come together for us to release this expansion: new acts, monsters, skills, items, uniques, voice acting, the Harbinger league, performance improvements and significant quality of life changes. It was a labor of love over two years, [and] I’m certain the team are proud of everything they worked on.

EE: The end of the actual beta for 3.0 saw a number of pretty drastic changes, including ailment adjustments to the tree, removal of threshold jewels, and more. Are there any changes that you wanted to put in but weren’t able to in light of the release date?

CW: Absolutely. In the last few weeks of the Beta, we were very careful to not commit to any changes that we weren’t sure about. We received great feedback from the community, and this meant some changes (like those to the Charge system) were taken back to the development team for further tweaking. We’ll probably see some form of them again in a later expansion.

EE: What’s overall evaluation of the current state of balance in the game, especially pertaining to Ghost Reaver and Energy Shield changes?

CW: We’re seeing a more diverse set of builds than in recent leagues as people continue to adapt to the Fall of Oriath’s balance changes. Ghost Reaver and Energy Shield are no longer so dominant, but a few new defensive setups have risen to take their place, with their own advantages. We’ll continue to shape and improve the balance between the these build styles. We’re getting closer to the different defensive choices having their own equivalent strengths and weaknesses, giving players more opportunity to experiment and play the way they enjoy.

EE: Which skill has been the most difficult to balance items and builds around?

CW: Righteous Fire has always been the most difficult skill [to balance]. There have been numerous times when we’ve had to re-balance the skill to match updates to player life, resistances, regeneration, and spell damage, and even more times we’ve changed or reworked other content and balance entirely because of its interaction with the skill. It takes values of life and resistances and turns them into damage, and that’s something we always need to think about whenever we want to make a change to any system it touches.

Outside of the Game

EE: As players dive deeper into Path of Exile, many choose to leverage applications such as poe.trade, Path of Building, and PoETradeMacro. What is GGG’s stance on third-party developers/applications?

CW: Third-party sites that provide convenience to the community are awesome. Path of Exile is a complex game and it’s helpful to have resources that make it more understandable for the community. We really appreciate the effort that people put into things like build-planning tools.

Third-party applications that modify the game client, on the other hand, are against the rules and can result in accounts being banned. While fairness is a big reason for this, the primary one is safety. If players need to download arbitrary third-party applications to have the same game features as another player (which they will feel forced to do), then there are significant account safety issues in play. These affect the security of their entire computer and online identity, not just their game account.

EE: In light of the praise currency trading bots have garnered on online forums, are there any planned drastic changes for the trade system, or will future development be a reiteration of the current system, using Trade Chat as the primary means of commerce?

CW: We have some refinements to the trade experience coming up, though we’re not ready to talk about them yet. Philosophically, we’re opposed to trade being too easy, as it makes Path of Exile into a trading game rather than a monster-killing game. We want to address frustrations without making the process too fast.

EE: How has the release of the Xbox version of the game impacted design philosophy with regards to how much can be put into the game from a graphical perspective?

CW: It hasn’t affected this. The content team already have to be mindful of people with older/slower computers. Our engine team have been working hard to make sure that all the content in Path of Exile runs well on the Xbox.

EE: Ground effects have been notoriously problematic for many computers to handle, often making mid-end graphics cards appear insufficient. What does the future hold for them?

CW: The team are continuing to optimize these and other effects that can be problematic for computers with lower fill-rate (or other hardware limitation).

EE: Are there any major planned optimization changes beyond changing game mechanics (increasing the Cast cooldown on Critical Strike, for example)?

CW: It’s rare that we perform graphical optimisation by changing a game mechanic, but can happen in cases where that mechanic has such a severe impact. Note that for things like Cast on Critical Strike, it was also having a significant effect on our server performance! Most of our planned optimisations are technical ones rather than gameplay ones. 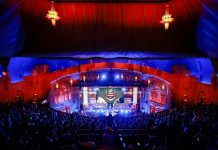