League of Legends Warren Francisco -
-47
The Volibear Rework Allows him to Storm onto the Rift with a Whole New Kit With Riot Games’ recent...
(Featured image via Blizzard.)

What does Hearthstone’s meta look like in the post-Kobolds and Catacombs era? Our meta report examines some of the strongest decks and archetypes that you’ll run into on the ladder, so if you need some inspiration, this is a great place to start.

I predicted that Priest would be the top deck after the expansion, but I wasn’t expecting it to be in the top two. Highlander Priest was broken before Kobolds and Catacombs launched, and the expansion gave him plenty of strong new cards, so it’s not a huge surprise.

Big Priest sort of came out of nowhere.

Priest was the worst class in Hearthstone for nearly two years, but over the last year, the class has risen in power, and, at various points, has been the strongest class in the game. Now it’s back at the top, and puts all the control decks that came before it to shame. You think Jade was bad? Taunt Warrior? Fat Warrior? Ha! All these decks pale in comparison to the new Big Priest.

Ysera has a long history of being a card that slow decks try to fit in. She doesn’t impact the board when she comes down, but she does have a lot of weight behind her, and Ysera requires an answer more often than not. In Fat Warrior decks from the days of yore, you would often drop her on turn nine and freak out your opponent. Now, she has returned, except it’s on turn four or six.

The new Big Priest deck makes use of Barnes and Shadow Essence to pull out one of its five big minions. Once these minions have died, Big Priest uses Eternal Servitude and Diamond Spellstone to bring them back. Again, and again, and again. The rest of the deck is full of stall cards, because all the deck needs is five big minions and Barnes. With the resurrect spells and the duplicate spells, that means your six minions become twelve. And a Barnes. Twelve potentially large threats, in a deck full of removal. That’s crazy, and way stronger than any control deck we’ve faced before.

Highlander Priest is also powerful, but there’s nothing new there. The newest variant is a Prophet Velen variant, but Dragons are an excellent choice as well. Basically, Priest is busted across the board, and you can’t really go wrong with the class.

As much as I say that Priest is broken, Paladin is the class with the highest winrate, at least according to Vicious Syndicate’s statistics. Both Aggro and Murloc Paladin have extremely high winrates, largely due to the fact that they are strong against Priest. They also have a highly favorable winrate against Mage and Rogue, which are both relevant. Their only neutral or negative matchup is against Warlock.

Honestly, a large part of the reason Paladin isn’t considered the best class is that it’s boring as hell to play. Even with two decks in tier one and the highest win rate, Paladin only shows up in 10% of games. This is in comparison to Priest, which makes up 24%, and Warlock, who you’ll see in 18% of games.

Both of the top tier Paladin decks in the current Hearthstone meta are purely aggressive and don’t rely on any interesting mechanics. There isn’t really a theme, it’s just lots of small minions overwhelming your enemy. Boring, tedious, and efficient, but it gets the job done.

You know that class that was in tier five in the last expansion? Guess what. Warlock has two decks in tier one right now. And, much to my surprise, neither of them are aggro decks! I was expecting Kobold Librarian to push an aggressive archetype, but it turns out Voidlord is stronger than anything else in Warlock’s arsenal. Combining Voidlords with Bloodreaver Gul’Dan’s revival is crazy.

Voidlord costs nine mana, which is why the deck runs Barnes, as well as Possessed Lackey. You rarely have to actually wait until turn nine before getting one of them out. Mix these cards in with all of Warlock’s natural removal and lifesteal, and the deck is great at surviving until you can play your Voidlords. If that’s not enough, the deck also runs Rin, providing an auto-win card if the game goes on long enough.

Between all the value that Voidlords and Rin provide, this deck has near inifinte value. The only deck that outshines it is Priest, which is why the decks are in the order they are.

For the first time in a long time, we’re seeing a control meta in Hearthstone. Two of the top three archetypes are variations on control, and place a lot of emphasis on revival. This expansion has provided a lot of ‘cheat’ mechanics to let players get big minions onto the field early, and as a result, revival is an extremely powerful tool.

Personally, I’m a bit sad that these new decks are so much stronger than the decks of old. Playing a legitimate Ysera on turn four or six is bizarre. I’ve long been asking for a control meta, but in Kobolds and Catacombs, it feels like we’re getting an aggressive meta with nine mana cards showing up in the early game. The power creep is real, and it’ll be interesting to see where they go from here. 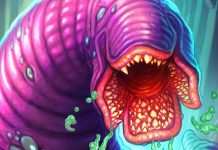