Kobolds and Catacombs is only a few days away, and we finally have the full list of new cards at our disposal. This means it’s time to start looking at what decks we think will appear when the expansion goes live, and which of these new decks will excel in both casual and professional play. Of course, we don’t know exactly what the meta will look like, and but that’s what speculation is all about.

Rogue Will Be The Best Class

There’s little doubt in my mind that Rogue will be the top class when Kobolds and Catacombs gets released. This is due to a variety of factors. First, Rogue is always strong after an update, because Rogue generally excels before other decks are perfected. Rogue decks have a very polarizing win-more style of gameplay, and when other decks are unrefined, it can’t be punished efficiently.

Second, Rogue is already quite strong right now. For a deck to be knocked out of first place, other cards will have to be printed that are stronger than what it contains.

We aren’t seeing much of that, and the Kobolds and Catacombs expansion is more toned down than most in the power creep department, which is good.

Lastly, the cards we’ve seen from Rogue so far are bonkers. Sonya Shadowdancer is by far one of the strongest cards ever printed in Hearthstone. It enables an infinite number of combos, and can be played for the low price of three mana. This could be a spell without a body attached and it would likely be playable. As a minion, it’s insane. The new Kingsbane weapon follows suit. A one mana 1/3 weapon is very average, but a one mana 1/3 weapon that never permanently dies is pretty good. A one mana 1/3 weapon that gets progressively bigger is even better. Keep in mind that Kingsbane retains enchantments, so if you are able to give it +2 attack at any point, it will be a 3/3 weapon the second time you play it. And as a Rogue, you can destroy it any time you want by using your hero power, so it offers a permanent solution to fatigue. 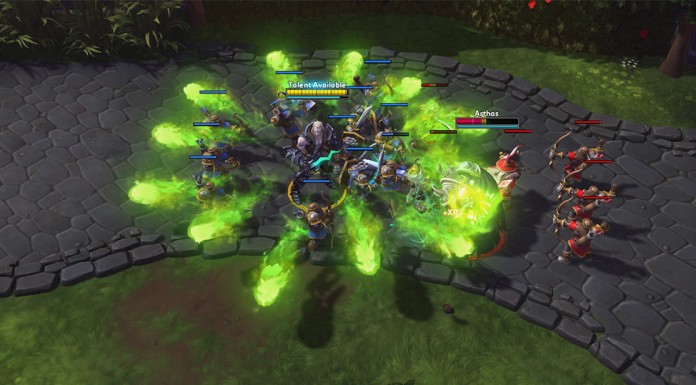 With all this power on the way, and given Rogue’s already strong presence in the meta, I don’t see Rogue going anywhere in Kobolds and Catacombs. If anything, we might see a second, more control-oriented Rogue archetype climbing the ranks as well.

The new Recruit mechanic offers some strong buffs to the Warrior class. It helps that Warrior is already the best class at stalling, and if you’re able to delay the game to pull off some Recruit shenanigans, we can expect big things out of Warrior in the coming weeks. Warrior can use cards like Deathwing and other large dragons better than more classes, and this fits perfectly in Recruit decks. Warrior’s new legendary weapon has the potential to Recruit three minions with no restrictions. You can easily set up your entire deck to pull amazing cards, and using Recruit to bring out high health taunts and massive beasts is definitely an option.

Do I think a Recruit Warrior deck will be good? Not in the long run. But in the first few weeks of the new expansion, while other decks are still being fine-tuned, we can expect Warrior to be fairly powerful. Once the meta settles down, however, these decks will be significantly less viable.

Mage has two new cards in Kobolds and Catacombs that players will likely try to build decks around. Dragoncaller Alanna summons a 5/5 Dragon for each spell you’ve cast this game that costs (5) or more. Deck of Wonders puts five spells that cost five mana into your deck that will be played as soon as you draw them. This combination alone lets you get a full board of Dragons. Like all other decks with large boards, this will be easily dealt with by many decks, but it will force Hearthstone players to include solutions to Dragoncaller Alanna. As a win condition, Dragoncaller Alanna is pretty tame. But when it’s only one of several large end game threats, the card certainly has potential.

Just like Recruit Warrior, Dragon Mage decks will be based around late-game success, which means it will be strong at the start of the meta, but will likely fall off as time goes on. Unlike Warrior, however, Mage has a Quest that allows you to take an extra turn. These cards can’t be combo’d together naturally, but I’m sure people will find a way to make it work.

This deck is going to be played by everyone, and that’s almost entirely because of the new Dragon card, Duskbreaker.

For control Priest decks, this effect should not be underestimated. The biggest thing Priest struggles against is the possibility of getting rushed down, and this card lets you stop that every time it’s activated.

In addition, Priest will be getting the new Twilight Acolyte card. While not a Dragon itself, Twilight Acolyte has an Aldor Peacekeeper style effect, and can neutralize high attack targets. However, in opposition to Aldor Peacekeeper, Twilight Acolyte actually steals their health, creating a large threat while eliminating one. This is obviously huge, particularly for Priest who can make use of Shadow Word Pain as a combo removal if necessary. When combined with the existing Dragon package, these two cards will be an excellent addition to Priest decks.

The first few weeks of the expansion will have all of these decks, but they will also be full of cards–and archetypes–that you might never see again. You’ll see things that people are trying to make work or are simply messing around with. The first few weeks are the absolute best time to play, because you’ll encounter people having the most fun, being the least toxic or meta, and generally enjoying deckbuilding. If you have something you want to try, or enjoy playing against fun stuff, you should definitely play in the first two weeks after the expansion launches, even if you don’t have all the new cards. 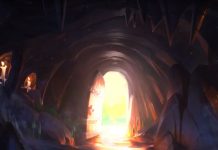